Health authorities in China’s Inner Mongolia have confirmed that a third instance of the plague has been reported, after two people contracted it in Beijing earlier this month. The health commission said in a statement that a 55-year old man had contracted bubonic plague after eating a wild rabbit during a hunting trip. The man was subsequently quarantined after the diagnosis, along with 28 people who he came into contact with.

However, the other 28 people have showed no signs or symptoms of the plague.

Fan Mengguang, deputy director of Inner Mongolia’s disease prevention and control centre, told the media that the latest case is “isolated and unrelated” to the cases in Beijing.

However, with three confirmed diagnoses, the public is beginning to panic over a potential outbreak.

According to AFP, one user on Weibo, which is essentially China’s version of Twitter, posted: “I just want to know how these two came to Beijing?? By train, airplane, or did they drive themselves?”

The pneumonic plague is just one of three diseases caused by the Yersinia pestis bacterium.

Pneumonic plague is known for its effects on the respiratory system, as it causes dangerous lung infections.

According to the Centre for Disease Control (CDC) in the US, the plague is treatable with antibiotics.

The CDC advises the earlier people seek treatment, the more likely it is they will make a full recovery.

Those who come into close contact with plague victims may need preventative antibiotic therapy.

In the 21st century, the plague is endemic to select regions of the planet.

Three countries where the plague still circulates are the Democratic Republic of Congo (DRC), Madagascar, and Peru.

Isolated cases often also spring up in the US, with up to a dozen people diagnosed annually. 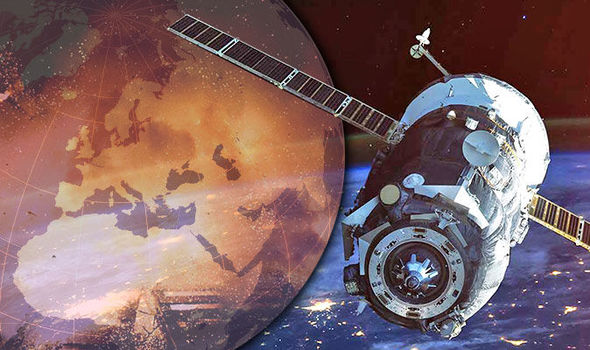 The 8.5 tonne space station, which been in a decaying orbit since March 2016, is expected to re-enter the atmosphere early next […]

Barcelona have announced Lionel Messi is set to host a press conference on Sunday to break his silence following his surprise departure. […] NASA’s Jeanette Epps was on track to become the first African-American International Space Station (ISS) crew member. However, on Thursday the space […]

Those of you with dark enough skies last week might have caught a glimpse of the green comet 46P/Wirtanen. It was bright […]