KSI faces Logan Paul in a matter of hours at the Staples Center in Los Angeles.

The ‘Nightmare’, as his boxing moniker goes, will enter the ring second as a rowdy crowd awaits for his second fight with Logan Paul after their draw last year.

Once he strips off his robe, the English YouTuber will go toe-to-toe with his American foe with no headguards and 10oz gloves.

Another noticeable feature is the heavyweight’s ink – but what artistry does KSI have on his body and what it the meaning behind it?

What do KSI’s tattoos say and mean?

KSI’s body ink stems from his nickname which stands for Knowledge, Strength and Integrity.

The video-maker, whose birth name is Olajide William Olatunji, has those three words tattooed across his left forearm, right forearm and chest in black ink.

KSI had those tattoos done in the summer of 2017 and posted a video on his favourite social media platform of the experience.

In the video he apologises to his mother, saying: “Mum I’m sorry. But you’ve to admit, mum, this is sick!”

KSI’s rival Paul got his first tattoo earlier this year.

The former Vine star had Pokemon character Squirtle printed onto his skin on his left hip.

The tattoo will not be visible on during the fight due to high-waisted boxing shorts he will be wearing.

There is just something about rooting against a team isn’t there? Sure, there is joy in watching your own team win. But […] 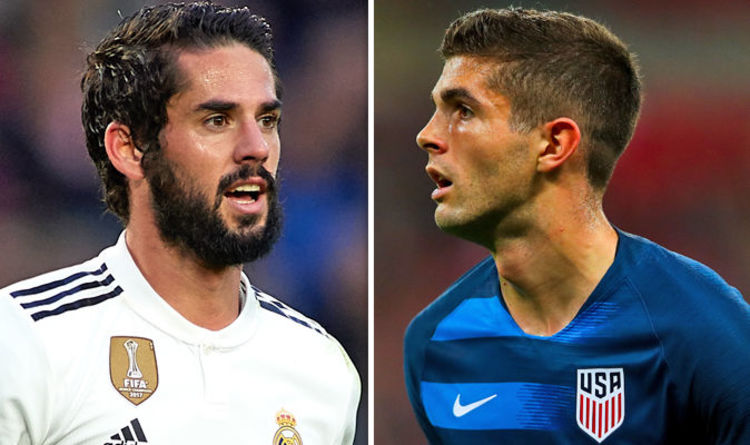 Chelsea push for Pulisic Chelsea are pushing ahead with plans to sign Christian Pulisic in January. The Blues laboured to sign Maurizio […]