Jojo Moyes has become renowned through her powerful and heart wrenching stories, so much so that the tragic tale of Louisa Clark in Me Before You was turned into a Hollywood film starring Emilia Clarke and Sam Claflin. The novelist’s latest book focuses on another original story about the packhorse librarians, a group of women in 1930s post-Depression era America who fought the odds to deliver books to those in cabins and secluded corners of the Appalachian mountains in Kentucky. Instantly tugging at the heartstrings, Moyes’ book has made it onto Reese Witherspoon’s Hello Sunshine book club, so will only serve to receive wider-spread marketing and continue to rake in money and reviews.

But in the middle of the novel’s release, fellow author Richardson has claimed Moyes’ story features “alarming similarities” to her own novel, which was published months earlier in May.

Speaking to Buzzfeed News, Richardson initially said she “could only hope there was more than enough room for more than one” novel on the subject, but revealed it wasn’t long before a blogger allegedly told her there were “specific similarities” between the two books.

“History is not proprietorial,” Richardson said. “[But] the disturbing similarities found in Moyes’ book are too many and too specific and quite puzzling.

“None of the similarities found in Moyes’ novel can be chalked up to the realities of history, nor can be found in any historical records, archives or photographs of the packhorse librarian project initiative that I meticulously studied. These fictional devices/ plot points were ones I invented.”

“The Giver of Stars by Jojo Moyes is a wholly original work,” a spokesperson for Penguin Random House offshoot Pamela Dorman later told the publication. “It is a deeply researched piece of historical fiction based on the true story of the Pack Horse Librarians of Kentucky.

READ MORE: Emilia Clarke’s Me Before You slammed as a ‘Disability snuff movie’

“We have absolute confidence in the integrity of Jojo Moyes and her work. Neither the author nor anyone at Pamela Dorman Books has ever read The Book Woman of Troublesome Creek.”

In July Moyes told The Bookseller she was in a race to release the story “before anyone else” could come up with the idea.

“Part of the reason why I wrote [The Giver Of Stars] so quickly was because I worried that someone else would write it before me,” she said.

“An anonymous source sent me some more information about Jojo Moyes’s plagiarism of Kim Richardson’s The Book Woman of Troublesome Creek,” she posted. “I’m going to just quote the relevant facts here and include the screenshot they sent at the end.

“Source says: ‘Regarding the Jojo Moyes situation, her publishers are lying when they say they were not aware of Kim Michele Richardson’s book.

If you read the Buzzfeed piece, the Pamela Dorman spokeswoman says that Moyes turned her draft in on October 23, 2018, and that, ‘Neither the author nor anyone at Pamela Dorman Books was aware of The Book Woman of Troublesome Creek at this time.’

“Meanwhile, electronic galleys of Book Women were made available on Edelweiss and and Netgalley on September 23, 2018—a month before Moyes turned in her book.

“And, as the attached file shows, the people at Pamela Dorman Books downloaded Book Woman and listed it as a comp [comparison novel] for The Giver of Stars. Clearly they were well aware of it.

“Also, the Buzzfeed article missed an important point. Not only is Sourcebooks partially owned by PRH, but they used PRH’s law form to review this situation. Richardson never stood a chance.’

She went on to add: “Source also says: ‘I think that PRH waited to see what the response would be with these allegations, and since the Twitterverse didn’t immediately and unanimously call for Moyes’s head, they decided to back her.’

“In other words, those of you who remained silent or backed Moyes are complicit in PHR stealing literally years of Richardson’s life and work.”

Express.co.uk has contacted a representative for Jojo Moyes and a spokesperson at Penguin Random House to respond to these claims.

So far both novels have received positive reviews, with one person tweeting: “The Giver of Stars was beautiful. Please read.”

“Just finished The Giver of Stars by Jojo Moyes. Shame I read the last half hour on the tube (to see Official Secrets, which I loved) as I wept for the last few chapters. Such a lovely book, especially if you like books about librarians, which is a niche favourite for me!” another shared.

His Dark Materials books: The Philip Pullman books series is based on [DETAILS]

Outlander: What happened to Ellen Fraser? The tragic backstory [FEATURE]

A third gushed: “Oh @jojomoyes what can I say? Thank you for The Giver of Stars. You’ve broken me, and mended me with your words. It is a truly beautifully written, incredibly special story that will stay with me for a very long time,” while Reese Witherspoon posted: “I can’t think of a better book to read during the month of giving than #TheGiverofStars by @JojoMoyes.

“Her characters are so compelling and y’all already know how much I love historical fiction! Follow along at @reesesbookclub and let’s read together!”

“The Book Woman of Troublesome Creek” by Kim Michele Richardson. 4/5 A solid and engaging novel with a charming romance and a historical perspective I hadn’t encountered before,” another Twitter user posted.

One enthused: “My favourite book this year has to go to ‘The Book Woman of Troublesome Creek by Kim Michele Richardson, a novel of the packhorse library women of the WPA and also of the blueskinned people of Appalachia.”

Others revealed they’d chosen to avoid Moyes’ book after reading the claims, with one saying: “Started THE GIVER OF STARS and then realised it’s not for me.

“That it’s been suggested that the storyline overlaps with The Book Woman of Troublesome Creek has made this a no for me too,” another replied.

“I was in Big W the other day, and effing Moyes’ book was just inside the shop entrance. Unfair,” a third angrily posted. “If you can, consider buying Kim Michele Richardson’s THE BOOK WOMAN OF TROUBLESOME CREEK or recommending it to your library.”

Readers can choose for themselves which book to read. The synopses are below:

The Giver of Stars by Jojo Moyes

England, late 1930s, and Alice Wright – restless, stifled – makes an impulsive decision to marry wealthy American Bennett van Cleve and leave her home and family behind. But stuffy, disapproving Baileyville, Kentucky, where her husband favours work over his wife, and is dominated by his overbearing father, is not the adventure – or the escape – that she hoped for. That is, until she meets Margery O’Hare – daughter of a notorious felon and a troublesome woman the town wishes to forget.

Margery’s on a mission to spread the wonder of books and reading to the poor and lost – and she needs Alice’s help. Trekking alone under big open skies, through wild mountain forests, Alice, Margery and their fellow sisters of the trail discover freedom, friendship – and a life to call their own. But when Baileyville turns against them, will their belief in one another – and the power of the written word – be enough to save them?

The Book Woman of Troublesome Creek by Kim Michele Richardson

The hardscrabble folks of Troublesome Creek have to scrap for everything—everything except books, that is. Thanks to Roosevelt’s Kentucky Pack Horse Library Project, Troublesome’s got its very own traveling librarian, Cussy Mary Carter. Cussy’s not only a book woman, however, she’s also the last of her kind, her skin a shade of blue unlike most anyone else. Not everyone is keen on Cussy’s family or the Library Project, and a Blue is often blamed for any whiff of trouble. If Cussy wants to bring the joy of books to the hill folks, she’s going to have to confront prejudice as old as the Appalachias and suspicion as deep as the holler.

Inspired by the true blue-skinned people of Kentucky and the brave and dedicated Kentucky Pack Horse library service of the 1930s, The Book Woman of Troublesome Creek is a story of raw courage, fierce strength, and one woman’s belief that books can carry us anywhere—even back home. 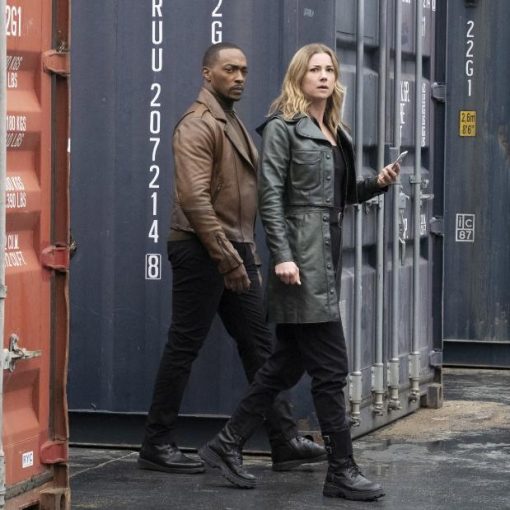 When “Captain America: The First Avenger” and “Thor” hit theaters a decade ago, the contours of Marvel’s plans for a cinematic universe […] 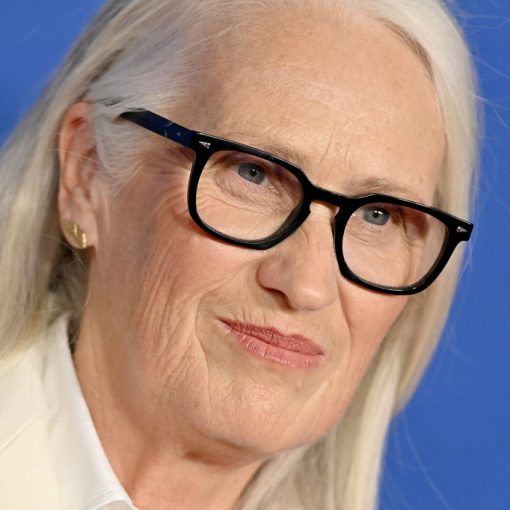 Shots fired. “Power of the Dog” director Jane Campion isn’t finished with Sam Elliott yet: Fresh off swatting down the actor’s “sexist” […] 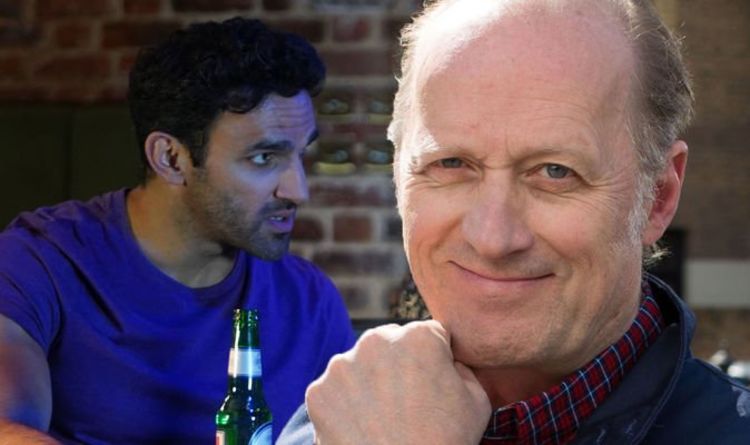 Jean finds herself extremely stressed when she finds out that the Panesar brothers have bought the Slater household.  As a result, she […]