(Bloomberg) — With Angela Merkel’s succession plan unraveling, her Christian Democrats are bracing for an open power struggle at the party’s national convention later this month.

Less than a year after picking Annegret Kramp-Karrenbauer to head the CDU, a consensus is building among party officials that she’s not suited to run for chancellor after a series of gaffes, poor election results and fading popularity, according to people familiar with the matter.

While elections aren’t officially slated until 2021, some party leaders are increasingly concerned that a contest for the chancellery candidate may come sooner rather than later, said the people, who asked not to be identified discussing internal deliberations.

The heightened sense of urgency is driven by the prospect that the embattled Social Democrats might pull out of the coalition after electing new leadership in December, and the tensions could erupt when the CDU chief faces members at a two-day convention starting on Nov. 22 in Leipzig, they said.

The renewed leadership debate in the CDU reflects the unsettled state of German politics as Merkel’s plans to step down after her term ends. Despite its economic success, the country is increasingly fragmented politically, a trend that could intensify without the country’s longtime leader at the helm.

Friedrich Merz, 63, who narrowly lost to Kramp-Karrenbauer in the CDU leadership vote last December, has already launched a full-scale attack, openly questioning the ability of Merkel’s government to survive and putting himself back into contention.

“I just cannot imagine that this kind of governing in Germany will go on for two more years,” Merz said in an interview with national broadcaster ZDF after a historic defeat for the party in the eastern state of Thuringia. While not attacking AKK directly, he said that the chancellor’s “passivity and lack of leadership” had paralyzed Germany, reviving his role as Merkel’s chief antagonist.

Merz has signaled internally that he will speak after AKK at the convention in a bid to win over the 1,000 delegates, according to a person familiar with the matter. Any sign of greater support — even louder applause — could further undermine the party chairwoman.

Her role was already put up for debate in October, when the CDU youth wing called for a membership ballot to determine who the party should put forward as chancellor.

While Kramp-Karrenbauer was popular in her home state of Saarland, she has struggled to connect with voters on the national stage. In an Emnid survey last week over who would be the best CDU candidate, Kramp-Karrenbauer’s support was just 19%, compared with Merz’s 31%.

Originally, the CDU had planned to nominate its candidate next year. But if the Social Democrats decide to leave the coalition earlier, Merkel’s party may be forced to pick a candidate by the end of 2019.

Ongoing coalition negotiations over a basic pension are a key test of relations within the coalition. If the SPD fails to push through its plan for minimum retirement benefits, it could accelerate the government’s collapse.

While Merkel and AKK advocate a compromise, CDU conservatives are against a deal with the SPD that avoids evaluating the financial means of recipients. Over the weekend, AKK was forced to kill an already-agreed deal after it was attacked by the party’s business wing — an incident which was internally seen as another blow to her authority.

Meanwhile, in a phone conference on Monday with other party leaders, AKK admitted that the conflict over basic pension was a “leadership question” and therefore had to be resolved, according to an official. Shortly after, the connection broke down and left other party leaders wondering what exactly AKK had meant, the official said.

In a meeting of the CDU-led caucus on Tuesday, Merkel once again defended the deal, while about 10 members criticized it. AKK, who was also present, didn’t speak, according to an official.

The coalition’s strains makes the party convention likely the last chance for Merz, who left national politics in 2009 after coming up short in a power contest with Merkel and is now chairman of BlackRock Inc.’s German unit.

AKK’s other potential challengers include Health Minister Jens Spahn. Like Merz, he has bristled at Merkel’s moderate path, but at 39, he can bide his time. North Rhine-Westphalia premier Armin Laschet, 58, could end up being the default choice of moderates, if AKK is indeed pushed aside.

That said, open rebellion is rare for the CDU, which prides itself on unity and tends to play by the book. That will give AKK room to maneuver, and provoking an open showdown about the chancellor candidacy could cause Merz’s gambit to backfire.

Kramp-Karrenbauer has given little indication that she plans to back down, and the decision is still in her hands. Last week, she said she plans to stand by the CDU’s historic principle that the chancellorship and CDU leadership go “hand in hand,” challenging rivals to raise the issue in Leipzig.

“Whoever thinks the question needs to be decided now, this fall, they have the opportunity to do so at the party conference,” she said.

Rail staff will again strike on 27 July in an ongoing dispute over pay, jobs and conditions, the Rail, Maritime and Transport […] 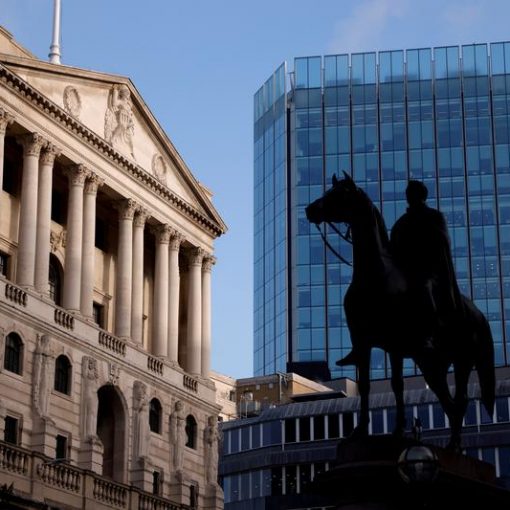