Lewis Hamilton wants to stay in Formula 1 for at least the next two years, and be the ‘pioneer’ of the sport when it changes in 2021.

On Thursday, F1 and the FIA revealed plans for radical new changes to cars for the 2021 season, aimed at improving balanced competition on track.

And the Brit, who is going for his sixth Drivers’ World Championship on Sunday at the American Grand Prix, confirmed during race week that he is keen to carry on and prove his abilities over the next few years at least.

Speculation has always been rife about when Hamilton would decide to walk away from the sport, with some predicting that he would stay in the sport to try and equal Michael Schumacher’s record of seven world titles.

Now, he has dropped his biggest hint yet that this will be the case, saying he is “planning to be here” in 2021.

“I always love a challenge and this team has shown that they are better prepared and in the best position to be able to react to all the changes,” said Hamilton.

“So I know the team are approaching it in an exciting way, and as a challenge. Us drivers, there were certain things that were heard and not necessarily were all the decisions what we thought were best – the cars are heavier, and slower.

“But I think it’s going to be an interesting time. You’ve got the youngsters who are in town.

“I’m planning to be here then so at some point next year my mindset will be to switch into 2021, and wanting to be the pioneer in that era.”

Hamilton has been tentatively linked with a sensational move to Ferrari at a later point in his career, but the five-time world champion has no plans of leaving Mercedes.

“Nothing is obviously set in stone for the future,” he continued.

“But I definitely am enjoying what I’m doing right now and I don’t see any reason to stop because I love what I do.

“I don’t particularly see myself going anywhere else.

Hamilton will win his sixth world championship if he finishes eighth or higher at the American Grand Prix. 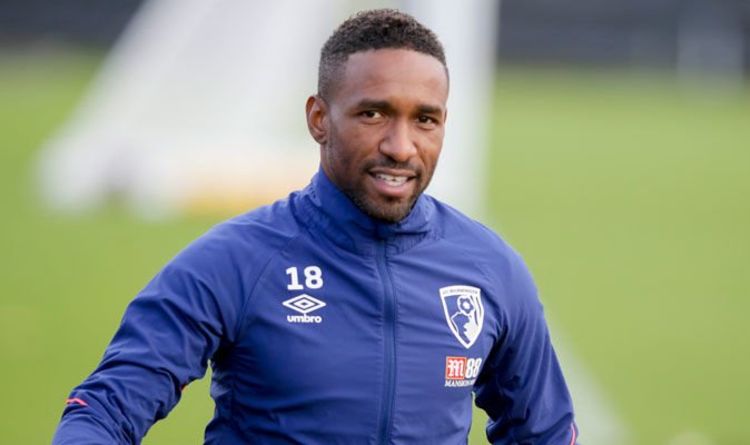 It has been reported that Defoe is being allowed to leave Bournemouth in January having struggled to get minutes on the pitch. […]