MARTINSVILLE, Va. — For a driver below the cut line at the start of the Round of 8 in the Monster Energy NASCAR Cup Series Playoffs, taking the green flag at the back of the field doesn’t portend well for the prospects of advancing to the Championship 4.

That’s the problem Chase Elliott will have to overcome, starting with Sunday’s First Data 500 at Martinsville Speedway (3 p.m. ET on NBCSN, MRN and SiriusXM NASCAR Radio). The silver lining is that Elliott has already been in that position in the Playoffs this year.

Five laps into Saturday’s opening practice at Martinsville, the engine in Elliott’s No. 9 Hendrick Motorsports Chevrolet exploded, turning the car into a fireball. The chassis was salvageable, but because of the necessary engine change, Elliott will start from the rear in Sunday’s race.

Coincidentally, Elliott also blew an engine eight laps into the opening Round of 12 race at Dover and finished 38th, but with a second-place run last Sunday at Kansas, he overcame a 20-point deficit entering the elimination event and squeaked past Brad Keselowski into the next round of the Playoffs.

Now Elliott will have to make another comeback. He comes to Martinsville sixth in the standings, six points behind fourth-place Joey Logano.

Elliott doesn’t think the causes of the two engines failures are related.

“I don’t think they’re related, based on what happened,” Elliott said on Saturday at the .526-mile short track. “I don’t think they are related — I don’t know if that’s good or bad. But anytime you have two engine problems in four weeks, that’s not good, for sure. I do know that we’ll do a diligent job of trying to figure out what the problem was and hope that we can find the problem.

“Sometimes with engine failures or with parts failures, in general, when you break something, the worst thing that can happen is you don’t know why or what broke. So we just need to make sure we do a good job of trying to figure out what caused the failure, if we can find it. And I think if we can do that. I think we can correct it.”

The engine issue at Martinsville has crystallized Elliott’s approach to Sunday’s race. Given the difficulty he’ll face in trying to accumulate stage points from the rear of the field, his focus is on trying to be up front at the end of the event.

“I think, just to keep things simple for us, we need to try to win,” Elliott said. “And if you’re not in a position to win, just get as many points as possible. I think that keeps things simple for you. I’m going to be trying to be as far forward as I can be at each particular moment and try to make the smartest decisions that I can throughout the day to get us there.

“Obviously, stage points are important, but I’m going to try to get as far forward as I can and get the most points possible at any given point in time. Yeah, starting in the back will be unfortunate for that first stage, but there’s nothing I can do about it now.”

Joey Logano and his No. 22 Team Penske team are putting the old band back together.

And why not considering how well it worked in last year’s Monster Energy NASCAR Cup Series championship run.

In the fall race at Martinsville in 2018, jackman Graham Stoddard moved to Logano’s car to bolster the title run after teammates Brad Keselowski and Ryan Blaney had been eliminated from the Playoffs.

This year, Stoddard, who has been jacking Blaney’s No. 12 Ford, once again shifts to Logano’s team at Martinsville, along with tire carrier Wade Moore, also from Blaney’s over-the-wall crew.

With Blaney is still alive in the Playoffs, the adjustments went further. Blaney inherits Keselowski’s entire No. 2 crew, after Keselowski was eliminated from title contention last Sunday at Kansas.

That leaves three members of Blaney’s former crew and the two replaced members of Logano’s to service Keselowski’s car for the rest of the season.

Though Logano is fourth in the Playoff standings and a mere two points clear of Kevin Harvick in fifth, the reigning Cup champion seemed more excited than concerned by the personnel changes.

“No, it doesn’t concern me,” Logano said on Saturday after opening practice at Martinsville. “We had a rookie jackman this year (Nathan Ricketts) who has made a lot of good gains over this season, but I feel the opportunity to put basically the same team together that won the championship last year for the next few races I think was a smart play.

“We definitely needed some speed from the pit crew side of things, and putting the band back together from where it was last year when we won the championship makes sense, so I was on board with that.”

“We’re always constantly evaluating who has the hot hand at the moment, what groups are going to be the best where,” Geisler said. “When the 2 car didn’t advance to this round, we all kind of had to look at things and decide what was there that could potentially help some of the other groups.”

Before opening Monster Energy NASCAR Cup Series practice on Saturday, driver Matt Tifft was transported by ambulance to a local hospital with an undisclosed medical condition. NASCAR Gander Outdoors Truck Series championship contender Matt Crafton replaced him in the No. 36 Front Row Motorsports Ford and was 31st fastest in both practice sessions. Tifft was diagnosed with a brain tumor in 2016 and returned to racing after surgery to remove it. 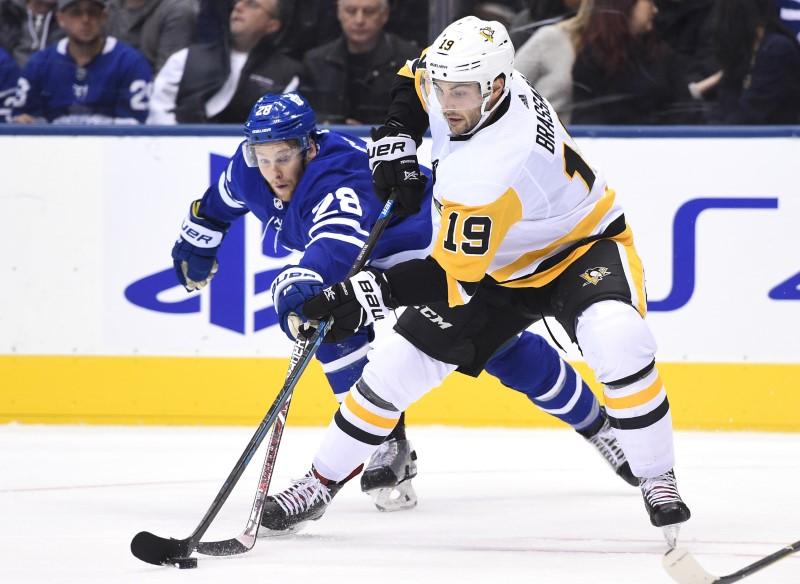 Center Derick Brassard returned to practice on Friday and could be cleared to play for the Pittsburgh Penguins vs. the Ottawa Senators […] 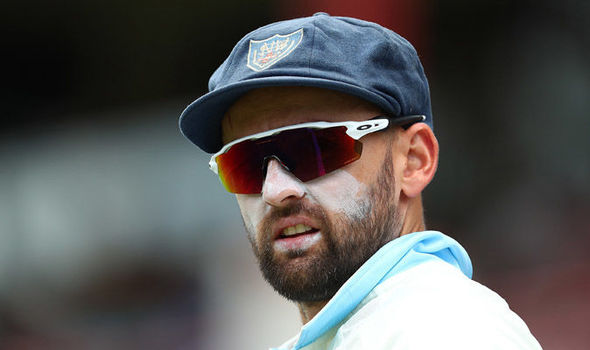 Mauricio Pochettino has spoken as PSG manager for the first time. In an interview with PSG TV the former Spurs manager said […] 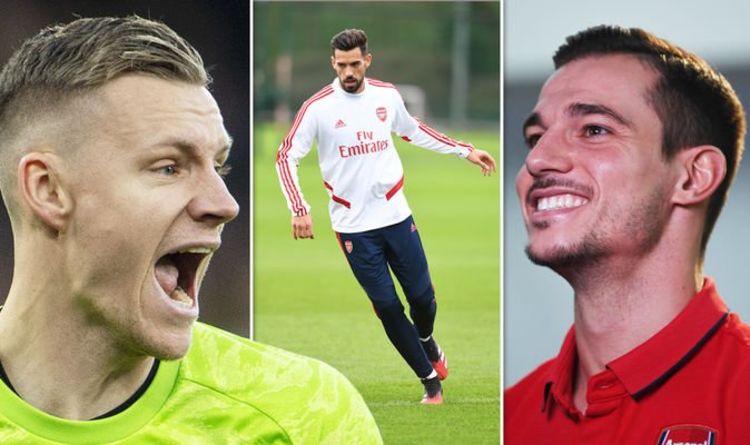 Arsenal paid the Brazilian club a £4m loan fee for Mari, and have the option to make the move permanent for an […]