(Reuters) – The late Elijah Cummings, a veteran Democratic lawmaker and civil rights activist who was a leading force in the impeachment inquiry of President Donald Trump, will be eulogized on Friday by former presidents Barack Obama and Bill Clinton in his hometown of Baltimore.

Hillary Clinton, who lost to Trump in the 2016 presidential election, also will be among those honoring Cummings at a 10 a.m. (1400 GMT) funeral service at the city’s New Psalmist Baptist Church.

A son of sharecroppers, Cummings served for 22 years in the U.S. House of Representatives before his death on Oct. 17. He was an ardent civil rights voice who decades ago endured violence from white mobs as he and other African-Americans sought to integrate a public swimming pool.

The 13-term congressman was credited with helping calm tensions in Baltimore in 2015 when violence erupted following the death of an African-American man in police custody.

He was a high-profile antagonist of Trump, who launched his June 2015 campaign for president promising to crack down on illegal immigration, saying Mexico was sending rapists into the United States.

Two years later as president, Trump reacted to a weekend of deadly violence during a “Unite the Right” rally in Virginia saying there were “very fine people” on both sides of the demonstrations.

The funeral was being held in Cummings’ congressional district, which Trump vilified earlier this year as “disgusting, rat and rodent infested.”

Cummings responded by saying Trump should visit his majority-black congressional district. “I’ll ride with him for hours…I want him to see all of the wonderful things that are happening.”

Trump, who is scheduled to speak at a historically black college in South Carolina, is not expected to attend the funeral. It is not clear if other White House officials will be there.

U.S. race relations are sure to be a contentious topic during the upcoming 2020 presidential election season in which Democrats aim to unseat Trump.

They hope to win over the votes of African-Americans who could play an important role in determining the outcome, along with growing Hispanic communities throughout the United States.

As chairman of the House Oversight and Reform Committee, Cummings before his death led a series of investigations into Trump’s administration and business dealings. He had been a central figure in Democrats’ ongoing impeachment inquiry into the president’s dealings with Ukraine. 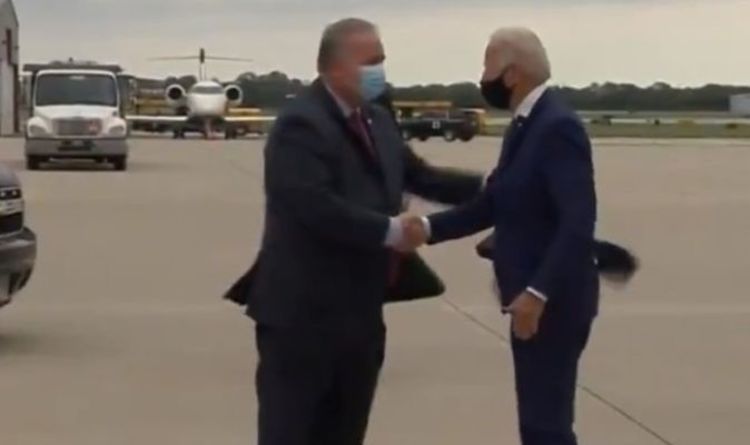 The Democratic presidential candidate was seen shaking hands upon his arrival in Wisconsin. Mr Biden took the precaution of wearing a face […] 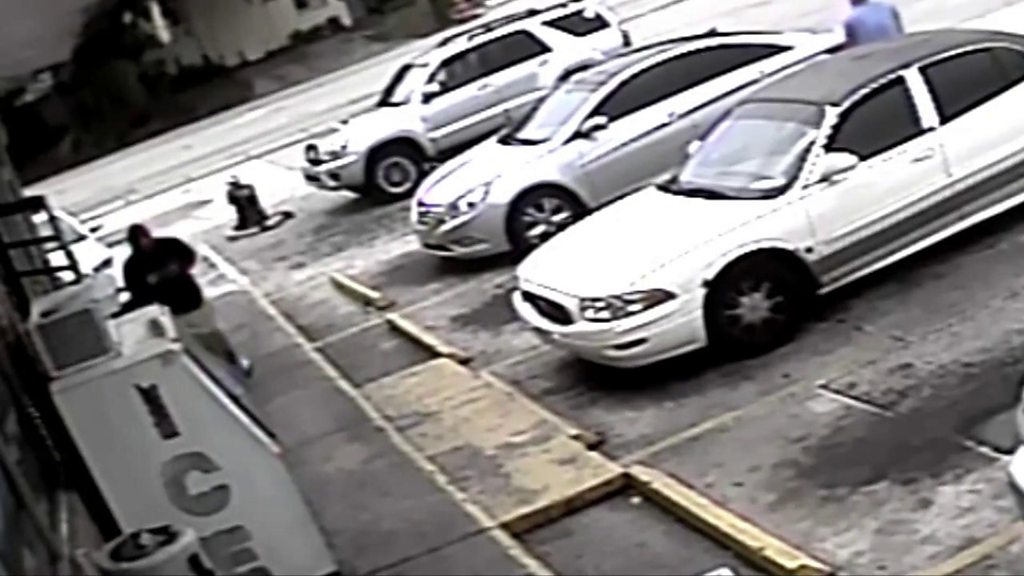 Media playback is unsupported on your device Media captionStand your ground: CCTV captured the shooting in a Florida car park A white […]