(Bloomberg) — Hong Kong law enforcement authorities have access to artificial intelligence software that can match faces from any video footage to police databases, but it’s unclear if it’s being used to quell months-long pro-democracy protests, according to people familiar with the matter.

Police have been able to use the technology from Sydney-based iOmniscient for at least three years, and engineers from the company have trained dozens of officers on how to use it, said the people, who asked not to be identified because the information isn’t public. The software can scan footage including from closed-circuit television to automatically match faces and license plates to a police database and pick out suspects in a crowd.

In addition to tracking criminals, iOminiscient’s artificial intelligence can be used for everything from finding lost children to managing traffic. In one training session that took place after the protests began in June, the people said, officers asked how to automatically identify license plate numbers using dashboard cameras.

Questions over the use of facial recognition technology have loomed over the protests, stoking fears that Hong Kong is moving closer to a mainland-style surveillance state. Demonstrators have worn masks, destroyed CCTV cameras, torn down so-called smart lampposts and used umbrellas to hide acts of vandalism. Authorities in turn used an emergency law this month for the first time in more than half a century to ban face masks, a move that triggered increased violence.

“Hong Kong people are afraid of being captured by the CCTV cameras,” said Bonnie Leung, a district councilor and a former leader of the Civil Human Rights Front, which has organized some of the biggest protests in the past few months. “Why are people still wearing face masks? Because of the police surveillance.”

While Hong Kong’s government has disclosed some ways it uses facial recognition technology, Chief Executive Carrie Lam’s administration and the police haven’t publicly confirmed whether they are using it to monitor the protests. Patrick Nip, secretary for constitutional and mainland affairs, said in June that no government department had procured or developed automated facial recognition-CCTV systems or applied the technology in CCTV systems.

Nip’s office referred all questions on facial recognition technology to the police, which didn’t respond to multiple requests for comment.

iOmniscient declined to comment on whether Hong Kong’s police use its facial recognition technology. The company said that its technology also has the capability to keep identities anonymous for such uses as crowd control. Its systems are used in more than 50 countries and only a small portion of overall revenue comes from Hong Kong, where business opportunities are relatively limited given privacy concerns and fewer cameras compared with other cities, according to the firm.

Under Hong Kong’s privacy laws, which are more stringent than the mainland, members of the public must be informed if they’re subject to surveillance. If authorities are matching faces or names to identity markers, that would fall under the privacy ordinance, according to Stuart Hargreaves, a law professor at Chinese University of Hong Kong who researches surveillance and privacy issues. However, police can claim an exemption if the data is being used to detect or prevent crime.

“Is the ‘facial recognition’ simply the police combing through video footage for ‘known individuals,’ or is there some kind of automated AI system at play?” Hargreaves said. “The truth is we simply do not know.”

The world’s five most-watched cities are all in China, with the top city of Chongqing having about 168 cameras per 1,000 people, according to estimates by Comparitech. By comparison, Hong Kong’s 50,000 CCTVs are one-tenth the number in London and not enough to put it in the top 20 most-watched cities.

Hong Kong authorities have tried to appease concerns by pointing out that there is no in-built facial recognition in recently installed smart lampposts or in CCTV cameras at China government offices. Still, the technology has been used in the city for more than a decade, including at the airport and Shenzhen border for immigration control.

Next year a new electronic identity system is scheduled to come into effect in which as many as 100 public services will make use of biometric authentication, including facial recognition, eye scans, and finger and voice prints. A unit of Ping An Insurance Group Co., whose shareholders include the Shenzhen government, is responsible for the design, implementation and support of the core system, as well as facial recognition and imaging processing, according to a government statement in April.

Some Chinese companies recently blacklisted by the U.S. over human rights concerns in the far west region of Xinjiang have their tech in Hong Kong. Face scan technology from AI startup Yitu Technology will be among the options that staff can choose to access the headquarters of the government’s electrical and mechanical services department, according to a June statement on the three-month trial project. Yitu didn’t immediately respond to a request for comment.

Hangzhou Hikvision Digital Technology Co. cameras with facial recognition capabilities are installed outside of buildings including the Leisure and Cultural Services Department, though the facial recognition function hasn’t been turned on, according to responses from government agencies to lawmaker Charles Mok. The department told him it sent footage from its cameras to police seven times since the protests began.

“The whole thing is: do you trust the government with your data?” said Mok, who has been in the information technology industry for more than 20 years. “That’s the problem, if there’s a whole breakdown of trust.”

A Hikvision spokesperson said its products are sold through third parties, so it cannot confirm camera locations or whether a specific function is turned on. The group opposes the U.S. sanctions and is working to address concerns, recently retaining former U.S. Ambassador Pierre-Richard Prosper to advise on human rights and compliance.

On Hong Kong’s streets, riot police have sought to avoid the cameras even while arresting more than 2,000 protesters, including nearly 100 people for violating the mask ban. They’ve used flashlights to disrupt media coverage, and some officers removed ID numbers and donned masks to hide their identities for fear that they could become victims of personal attacks online, known as doxxing. Apple Inc. recently pulled a live mapping app used by protesters to track some police deployments including of water cannons.

Hong Kong protesters have continued distributing masks at rallies, telling demonstrators to take one “if you aren’t feeling well” to take advantage of exemptions in the law.

At least one Hong Kong company, TickTack Technology, pulled out of the smart lamppost program after protesters tore one down and found a Bluetooth Beacon the company used to signal its location to devices including smartphones. Demonstrators then doxxed some of the group’s founders.

“We prefer to be low-profile till things cool down,” a TickTack spokesman said by email.

Hong Kong’s Innovation and Technology Bureau said in a statement that it “deeply regrets” that a local enterprise was cowed into stopping the supply of its technology, calling it a “serious blow” to local innovation. The government has denied that the lampposts have facial recognition capabilities.

Hong Kong’s colleges are also involved in facial recognition. Tang Xiaoou, a professor at Chinese University of Hong Kong’s Department of Information Engineering, is a founder of SenseTime, the world’s most valuable artificial intelligence startup.

The developer of facial recognition was among eight Chinese companies blacklisted by the U.S. over Xinjiang, where the Chinese government has implemented a massive program of surveillance and re-education camps to monitor the local mostly Muslim population. The company said it sees its technology as a “global force for good” and is disappointed with the U.S. sanctions, and will work to address any concerns.

Sensetime said its focus in the city is on education and it does not have any contracts with the Hong Kong government. The group published Hong Kong’s first textbook on artificial intelligence for secondary schools.

Banks including HSBC Holdings Plc allow clients to open accounts with selfies under guidelines of the Hong Kong Monetary Authority, which is also considering allowing face scans for ATMs. Customs guidelines allow firms to use face scans for security.

The current protests may dampen enthusiasm for greater use of facial recognition. As demonstrations have become more violent and intense over the weeks, the number of masks has grown — including, more recently, those of Chinese President Xi Jinping and the Guy Fawkes mask associated with the Anonymous movement.

“The government is just trying to take away our rights,” Angus, a 22-year-old student wearing a surgical mask and black clothes, said on the day Lam announced the ban. “They’re just the tool of the Chinese government. We don’t want to be China.”

To contact the reporter on this story: Blake Schmidt in Hong Kong at [email protected] 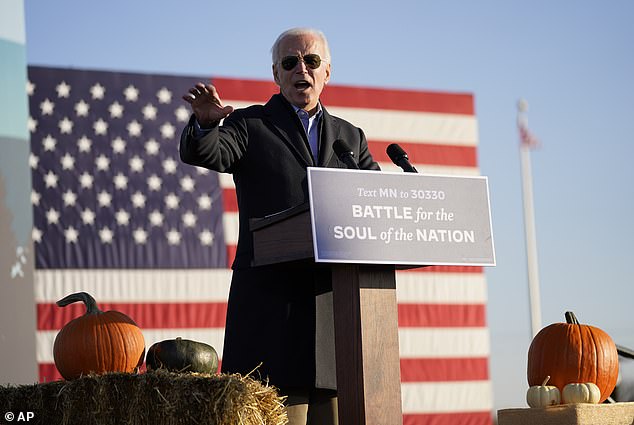 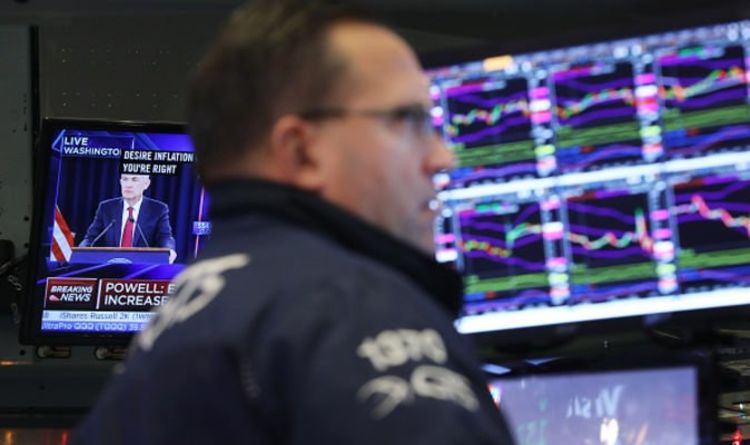 The Dow appeared to be the worst hit after shedding 351.978 points and closing at its lowest level so far this year […] 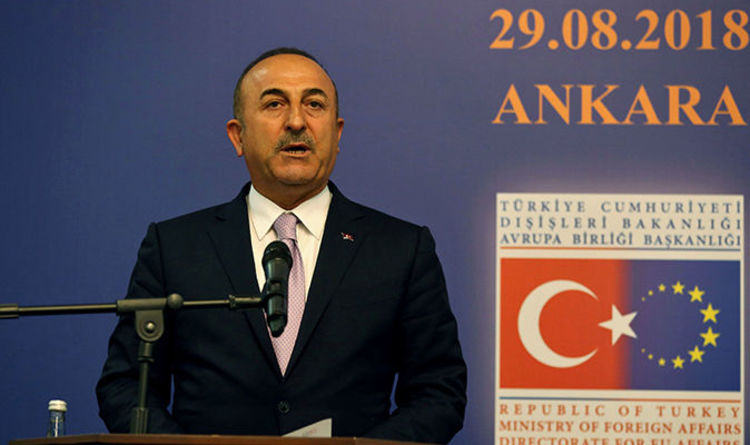 The group commandeered a helicopter and fled to Greece from Turkey after the putsch against President Tayyip Erdogan, which left 250 people […]

A Florida man shot and killed his wife, mother-in-law and 3-year-old daughter before killing himself, police in Florida said Monday. Pembroke Pines […]