WASHINGTON — As Sen. Elizabeth Warren rises the ranks of the 2020 field, she’s suddenly confronting a focused attack from her rivals and a burning question: How would she pay for Medicare For All?

Earlier this week, Warren drew jeers from other Democratic candidates at the debate for consistently refusing to give a yes or no answer as to whether she’d raise taxes on the middle class to pay for her plan and, more broadly, not spelling out how she’d pay for it at all.

But the pressure on the Massachusetts lawmaker to answer the middle class tax question also drew an annoyed response from supporters and some media critics, who argued it reduced a complex health care issue into a cheap “gotcha” question.

NBC News talked to health experts who have researched the single-payer costs and financing options to weigh in on the dispute and help give a sense of what options Warren might have to finance her health care plan and how it compares to other plans.

Who wins under her plan?

Warren is correct that a yes/no question on whether middle class taxes will go up doesn’t fully explain the relative costs and benefits of Medicare for All.

This is mainly because people spend so much on health care already. The average cost of health care for an American family of four who get insurance through work is $22,885, according to the Kaiser Family Foundation, with most of it paid by the employer. Almost all of that cost would be eliminated under her plan and replaced with federal spending.

This would still mean converting much of existing health care spending into taxes that reach into the middle class, something Bernie Sanders has acknowledged, but Warren has not. Unlike other proposed government benefits, most people treat already their health care as a basic need, though, and a lot of Medicare For All is about shifting which entity funds services that Americans are likely to pay for either way.

Experts say it’s not hard to imagine a version of Medicare For All in which most lower-income and middle-class families pay less for health care than they do now, while richer families pay more, even if it varies by individual.

“Almost any tax we’re talking about is more progressive than premiums and cost-sharing,” said Marc Goldwein, senior vice president at the fiscally conservative Center for a Responsible Budget.

But Warren’s critics are correct, too. There’s no clear way for voters to determine whether they would come out on top in a Medicare For All plan, by how much, and what the downstream effects on the economy might be, without knowing how it’s financed.

So why can’t Warren just put out a plan to finance Medicare For All?

Part of the issue is something she has raised: It’s hard to figure out exactly how to pay for a Medicare for All plan when you don’t know how much money you’ll need. Warren pointed out to CNN on Tuesday night that estimates can “vary by trillions and trillions of dollars.”

It’s true that independent estimates diverge, sometimes by very large amounts. A new study this week by the Urban Institute, for example, pegs total federal spending at about $4.1 trillion per year under a Medicare For All-like plan versus about $1.3 trillion under current law.

But Robert Pollin, a professor at the University of Massachusetts who has conducted cost estimates, put total federal spending at about $2.9 trillion a year in a letter to the Sanders campaign this week.

That’s a huge difference, one that could add up to over $10 trillion over a decade. For perspective, President Donald Trump’s tax cuts reduced revenue by an estimated $1.9 trillion over 10 years and Warren’s advisers expect her wealth tax to raise $2.75 trillion.

The most important estimate also doesn’t exist yet: The nonpartisan Congressional Budget Office.

The biggest issue with determining how much the federal government would have to tax and spend under Medicare For All is that expanding coverage to all Americans is only half of what it’s designed to do. The other half is using the government’s leverage to radically reduce the costs of health care, which are much more expensive in America than other developed countries with universal coverage.

Pollin, for example, estimates that Medicare For All would lead people to spend 12 percent more on health care services than under current law, but that the savings from reducing overhead costs and forcing doctors and hospitals to accept lower payments would bring down total costs by 19 percent.

“It’s easy to design a system in which middle class households will pay less, because the system costs less,” Pollin said. “The other stuff is details.”

But other studies and experts disagree with Pollin on just how low Medicare For All can cut overhead costs or reimbursement rates to doctors without generating adverse effects. While countries with universal coverage pay sometimes half as much for health care that produces strong outcomes, it’s harder for the United States to get to that level quickly given its high starting point.

Whose costs go down?

Warren says her goal is that total costs — taxes, medical expenses, premiums, the whole shebang — would go down for middle class families once she works out the financing.

If estimates that Medicare For All would lower total health care costs turn out correct and there are no serious adverse consequences — both of which are heavily disputed — that should make it possible to distribute the efficiency gains in a way that benefits most people while charging the rich more.

But even under that assumption, there are many ways to finance Medicare For All and it’s likely to take a number of taxes together to get the job done. Depending on which approach lawmakers use, your relative gains or losses could depend on your current medical costs, your source and level of income, and even your broader spending habits.

“At what income level it changes over from being a ‘net winner’ to a ‘net payer’ is hard to say, because you need both the exact dimensions of the plan and the financing strategy,” said John Holahan, a fellow at the Urban Institute who worked on their study.

One option that’s been floated is to require states, employers, and workers to keep contributing similar amounts to health care and then to slap a series of additional taxes elsewhere to make up the difference.

Pollin, for example, recommends covering $1.88 trillion of his estimated $2.9 trillion cost of Medicare For All with existing sources of public funding. As part of covering the remainder, he favors a tax on businesses that would replicate some of what they pay now for employee insurance and a 3.75 percent national sales tax on “non-essential” goods that would distinguish items like food and heating from motorcycles and comic books.

Matt Bruenig, a supporter of single-payer and founder of the People’s Policy Project, said his goal would also be to finance Medicare For All by keeping up existing spending sources and adding taxes that land disproportionately on the wealthy.

“The basic challenge as far as I’ve seen it on this stuff is that there are so many possible ways to (finance it) that you can’t get a consensus exactly,” he said.

Additional options floated by Sanders include a broad payroll tax on workers and employers, raising income taxes, a wealth tax, a tax on financial transactions, and a larger estate tax. Goldwein estimates the Sanders menu is likely to cover only about half of the total cost of Medicare For All, however.

But the fact that the current Medicare for All bill does not include a specific financing mechanism speaks to the difficulties in developing a financing approach that’s both effective and politically sustainable. 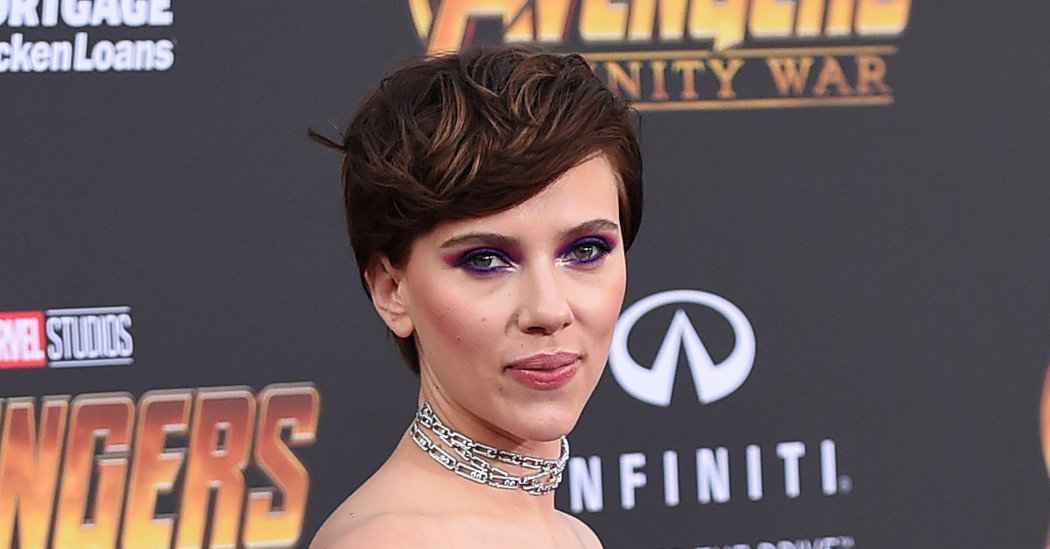 The actress Scarlett Johansson has withdrawn from her role in the newly announced movie “Rub & Tug” after facing a backlash, mainly […] 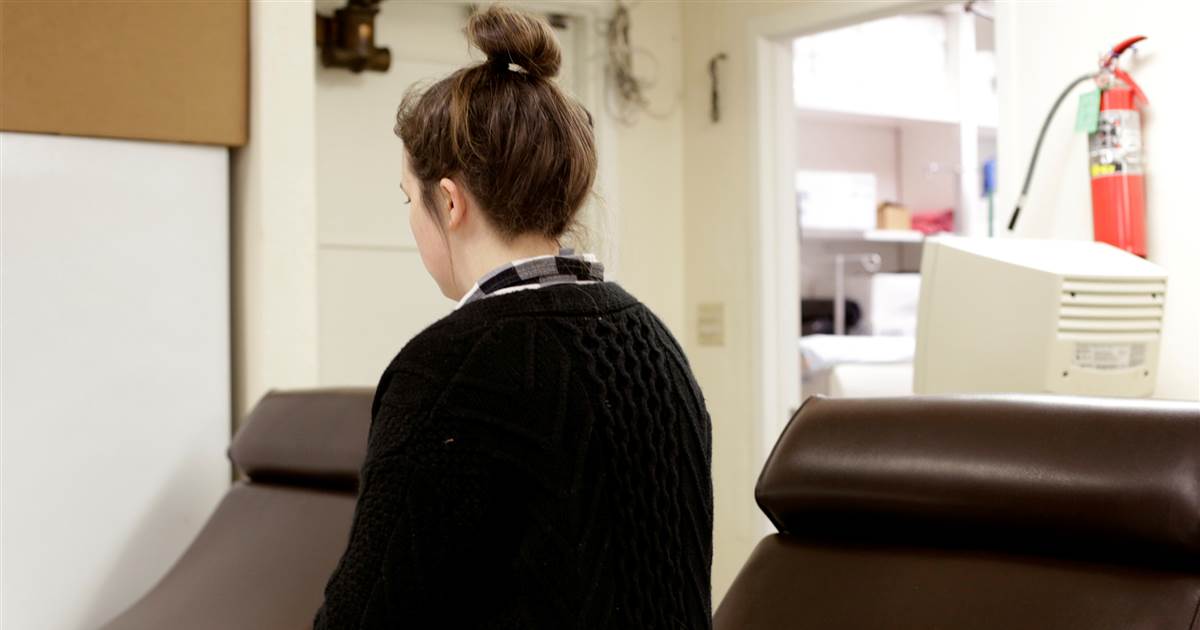 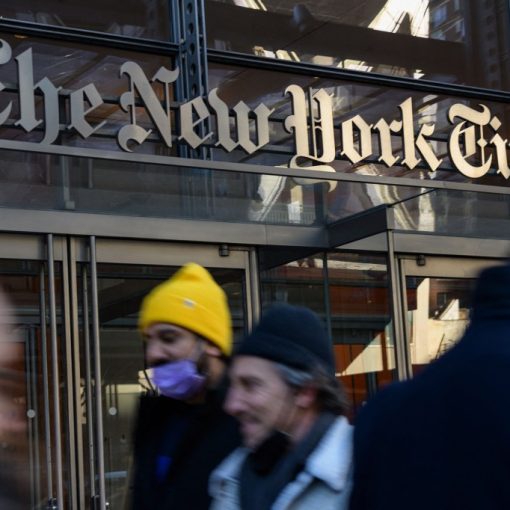 Senior executives at The New York Times urged some 600 tech employees to vote against forming a union, warning them that it […] 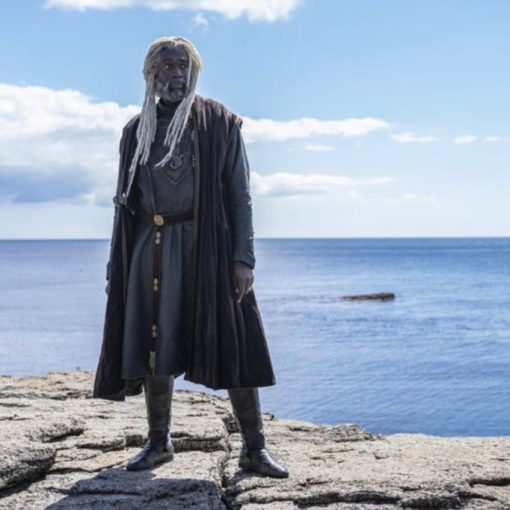 George R.R. Martin has announced that “Game of Thrones” prequel “House of the Dragon” has officially wrapped filming — and he’s thrilled […]