Skip to content
Nintendo’s latest weird game-fitness-thing, Ring Fit Adventure, has been a lot more difficult than I expected. Not because its attempt at integrating fitness into an RPG is too complicated or obtuse, but because its honest-to-goodness workout is kicking my butt. For the past two weeks I’ve spent a daily session not much longer than my regular gym time with it, and it almost always leaves me sweating. But it’s a challenge I’m excited to face every day, even when I’m not feeling its simple adventure elements as much as that burn.The ring itself is basically a fancier pilates ring with a slot to attach a Joy-Con, allowing you to use it as a more traditional fitness device with custom workout routines and quickplay challenges built into Ring Fit Adventure. There’s even a neat feature to do exercise reps with the ring that count toward your daily experience while the actual Switch is still in sleep mode. But it’s the surprisingly lengthy adventure mode campaign that serves as the main attraction. It actually does a decent job of adapting fitness ideas into an RPG adventure, ideally played about 30 minutes to an hour at a time. That said, Ring Fit Adventure clearly attempts to be an accessible RPG that can still be played by people who have never even heard of Final Fantasy, so don’t expect a lot of depth to its mechanics.

The story starts off with a page straight out of RPG Cliches 101: your hero is tricked into unleashing a buff bodybuilding dragon named Dragaux who then plans to unleash his evil upon the land. He was imprisoned by his friend, Ring, who is now your fitness companion/training partner on a journey to thwart Dragaux’s plan, which we can only assume is to make everybody unfit… or maybe buff. It’s not clear. Seeing the end of the story seems like it would probably take another month of working out beyond the two weeks I’ve put into it so far, but that’s not what’s driving me to continue.

Ring Fit liberally uses all the standard RPG tropes like they’re about to be banned, which is doubly disappointing because it’s on the cusp of being a truly interesting spin on the genre instead of a weak parody of it. Its pun-filled world has a land called Sporta and characters like Abdonis (which I admit are pretty good), and there are some clever character designs based on anthropomorphized exercise equipment. They’re all signs that a good-natured sense of humor went into the world, but any clever moment is often dashed away by monotony, both in the world and its dialogue.Ring Fit’s levels – which include both outdoor, forested regions and indoor, cavernous spaces that feel like hollowed-out warehouses – are bright and often colorful, but you’ll recognize the same tree and deer or the identical floor tiling and arrow wall panel that you keep seeing over and over again. It makes sense that the world would be relatively sparse, as it’s meant to be viewed only briefly like the world outside your window on a speeding train, but it’s still noticeably so. Ring Fit’s energetic though generic soundtrack keeps up the pace, and has really only wormed its way into my head because of how often you hear the same handful of tunes. (Though I will give credit to the smoothie ingredient menu, a track that channels the iconic groove of the Wii Shop Channel music.)

That repetitive nature is ebbed away somewhat by the physical hindrances in your path, whether they be boulders that need to be crushed – with your abs – or a river you need to paddle down swiftly – also with your abs. The goal in each level is to literally run through a set path every time (either by physically running in place or squatting, which is a nice touch for those of us with downstairs neighbors), so you’re often not stopping to smell the roses – unless Ring Fit’s rather ho-hum dialogue pops up. Ring is the only voiced character, and he does a great job of being a fitness enthusiast pushing you along to do one more squat or ring press, but he lacks a fun, voiced counterpart to bounce off. And because of his required enthusiasm for every. Single. Action. He can say some pretty awkward things. Never before did I think an anthropomorphized ring would gleefully ask me to squeeze them.

But of course, the main draw of Ring Fit Adventure is its exercise-based combat, and it largely delivers on that idea. This fitness roleplaying game, or FRPG as I insist on calling it, is a sweaty challenge. Every attack you have can only be used by doing the set of exercises associated with it, like squeezing the ring over your head or completing a warrior Yoga pose. The level of customization that quickly opens up after the first world or two let me tune it to my fitness level surprisingly well. Ring Fit’s battle system is its most inventive twist, and after a slow start it sticks the landing.

At first, the campaign gives you far too few moves to work with, and so I ended up doing a lot more squats in my first couple sessions than I would have chosen to. It was a huge relief to my thighs when new ones began to be routinely introduced, allowing you to customize your move set before going into each level. Some moves require multiple turns to cooldown, others can heal you, and an early ability also allows you to match enemy color to a move’s color for an advantage. Strategizing and using all of Ring Fit’s arsenal is key to surviving, as fights on my recommended fitness level could become tough without the right moves. And outside of introducing variety, having a good number of moves available allows for more targeted exercises – I could enter a handful of levels and specifically choose moves to focus on my core or arms, for example, now that my legs were jelly.

Ring Fit’s battle system is its most inventive twist, and after a slow start it sticks the landing.

All of these exercises are performed using the Ring Fit’s titular ring and the leg band, which must be sad that it didn’t get top billing (but it can’t talk like the ring, so who cares about the leg band anyway). By measuring feedback from each Joy-Con, Ring Fit pulls off a surprising level of finesse, gauging when I haven’t quite stretched my Yoga pose far enough or squatted low enough. The whole adventure puts a very smart emphasis on your form, not your ability to speed through reps of an exercise, which is extremely important to both the quality of your workout and avoiding injury during it. As someone who’s gotten plenty of exercise advice in the past, I was happy to see how much of Ring Fit’s suggestions rang true to prior experience.

You can totally trick it and play sitting down if you really want, but the adventure will feel like a waste if you take that route. If you behave yourself, Ring Fit does an impressive job of rewarding you accurately.

Tools of the Trade

While I’ve mostly gotten by sticking to the most powerful handful of attacks and adding whatever new moves come along that increase my power level, some of Ring Fit’s design ideas, like color-matching attack types, can make all the difference. Playing at the pace I have, Ring Fit has done a solid job of introducing new, familiar RPG elements to its repertoire, like a skill tree and new outfit items that upgrade your attack and defense stats. I haven’t found myself bored by combat or limited in my exercise opportunities, especially as a handful of fun minigames and side quests (like finding the right smoothie or replaying a level to take on new enemies) offer more rewards.On the other hand, I was initially caught off guard but have ultimately really enjoyed how much of an emphasis Ring Fit Adventure places on its stand-ins for potions, which are smoothies and soups. This is not an RPG to hoard your inventory in – I have had to use smoothies regularly throughout almost every world to survive some of the toughest challenges, even doubling back to levels now and then to collect more ingredients or coins to buy some rarer smoothies. And, if anything, Ring Fit pulls off the impressive challenge of making another RPG cliche – level grinding – feel vital and worthwhile, because running through levels and fighting enemies is a physically involving and rewarding experience every time you do it.

And so while I haven’t finished the adventure, I can’t imagine having played it so far in a different way. It’s definitely something meant to be played over a long period of time, building a healthy lifestyle habit. Rushing through would serve no purpose, and instead I’ve appreciated its focus on moving at my own pace, even if sometimes its pacing can drag. 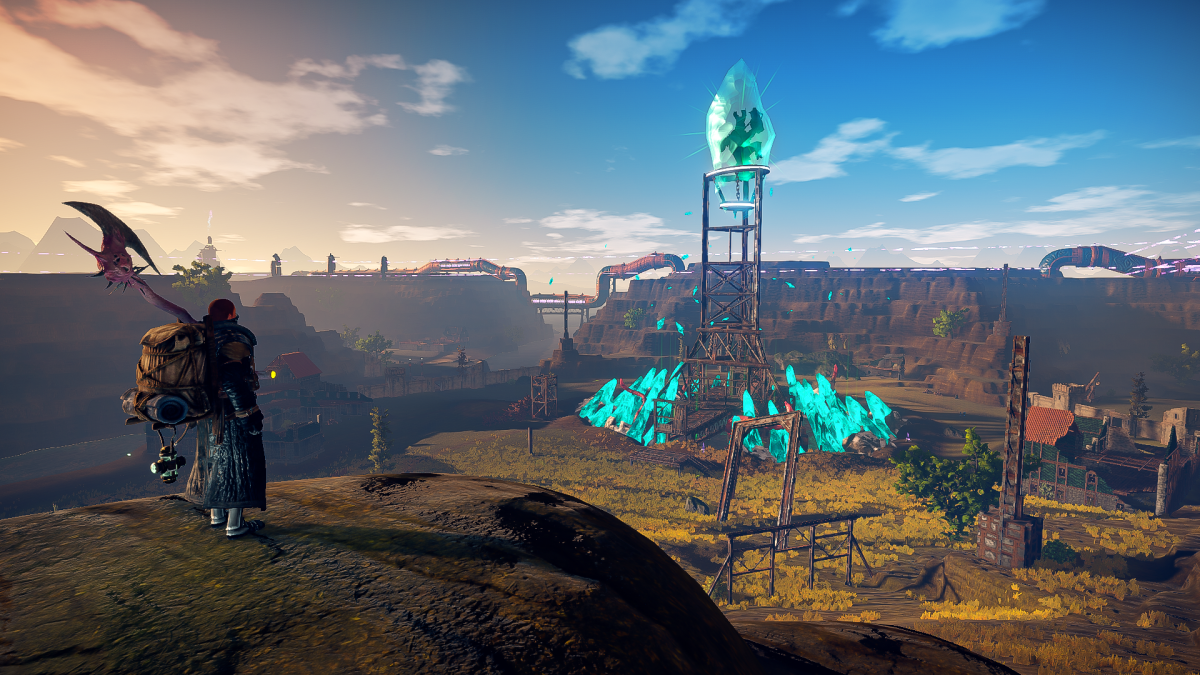 Outward is a great RPG, albeit punishing. But as punishing as it is, the game’s approach to survival and storytelling is pretty […] 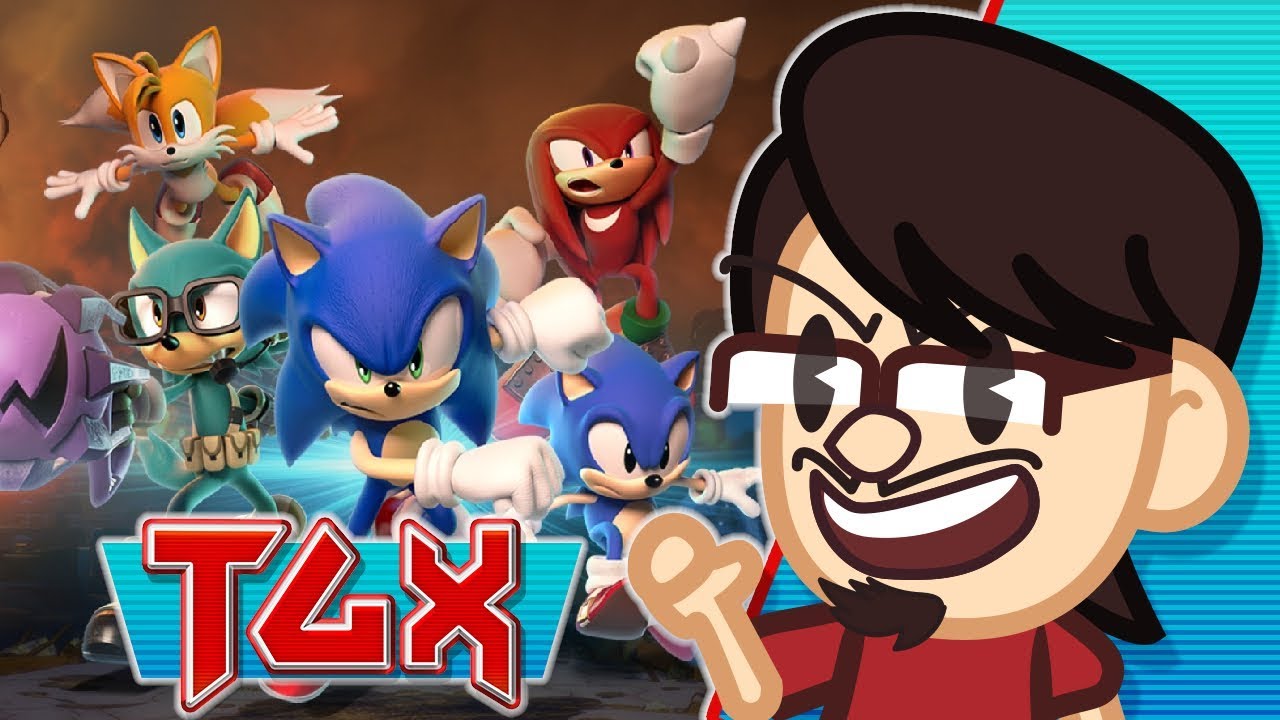 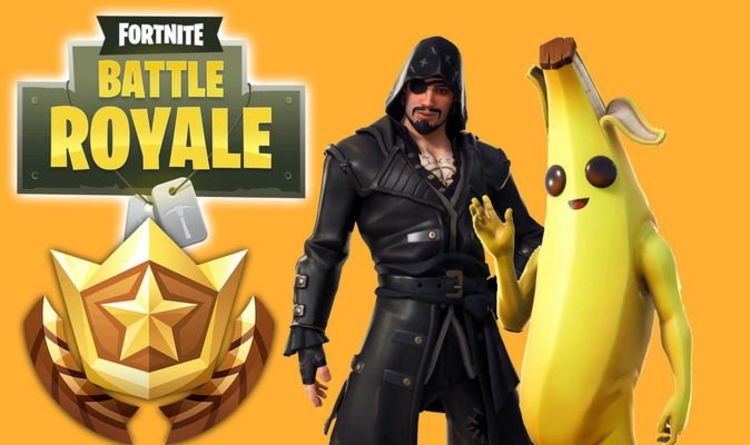 Fortnite week 4 challenges are coming soon, with search between three ski lodges set to be the big new season 8 challenge. […]