Janet Duke couldn’t have predicted that she would devote her life’s work to helping parents of LGBTQ youth learn how to support their children. But after her own daughter came out as gay at age 12, she began to realize that there was an unmet need for support and resources directed at parents.

“I remember vividly, sitting at my PC — at that time it was an analog dial-up line — and looking for resources, and there wasn’t much,” Duke said. “[Parents] need to have good resources with factual information that’s not heavily opinionated or political. They need to have this support.”

So, in 2016, Duke founded the Strong Family Alliance, an organization that supports parents of LGBTQ children through the coming-out process. National Parents Coming Out Day, held on Oct. 12, was one of the organization’s first initiatives. It was launched in 2017, and the response, Duke said, has been overwhelming.

According to a study published earlier this year in the Archives of Sexual Behavior, it takes an average of two years for a parent to fully come to terms with their child’s sexual or gender identity after they come out. This transition period can be hard on both the child and the parent. Duke, along with other advocates, wants to help make it easier.

Kathy Godwin is the president of PFLAG, the first and largest organization for LGBTQ people and their parents, families and allies. She said that a mix of parents reach out to any of their 400-plus chapters, from those who are fully accepting of their child’s sexual or gender identity to those who are prejudiced but don’t want to damage their relationship with their child. It’s parents in this latter group, Godwin said, who are most in need of the resources and community that PFLAG can provide.

“Often, we get parents who are very conflicted — the parent that comes to us and wants to accept their child, but they really are struggling with how to do it,” said Godwin, whose son told her he was gay when he was 16.

Calling attention to the need for support and resources is about more than guiding parents through what can be a challenging life transition. It’s a public health issue.

LGBTQ youth are disproportionately vulnerable to suicide compared to their straight peers, and the risk of serious mental illness skyrockets when their families are unaccepting. According to a 2010 study by the Family Acceptance Project, the risk of suicide is cut almost in half when families are supportive.

This year’s National Parents Coming Out Day theme is “Moving Beyond ‘I Love You.’” For Duke, this means highlighting how important it is for parents to do more than just accept their children; they should actively support them.

Duke said that one of the best things a parent can do to make their child feel more supported after coming out is to “come out” themselves as the parent of an LGBTQ child and express their pride publicly, as long as the child has given them permission.

“Sometimes what happens is the parents kind of keep it on the down low,” Duke said. “And that feels really bad for the child because silence makes topics seem taboo.”

Parental anxieties in the Trump era

For advocates like Duke, the mission of supporting parents has become increasingly important as the American political landscape grows more hostile toward the LGBTQ community.

The Supreme Court is currently deliberating on whether to allow employers to fire workers for being transgender, for example. Many LGBTQ people and their allies see a danger that progress on rights in general could be rolled back.

“My belief is ultimately this will get better, but on almost every social justice project you see through the decades, progress is waning,” Duke said.

Bobbi McArdle, who has two transgender children, said that between resurgent bigotry which she sees as represented by President Donald Trump’s election and the dehumanizing debate around transgender rights, she is more worried than ever about her children’s future.

“It emboldens people to act inappropriately, and that gives me anxiety,” she said.

That anxiety can lead some parents to overlook what’s most important in supporting their child through the coming-out process: being accepting of their true identity.

“If they transition it might affect their future, but if they don’t that will affect their mental health and their relationships,” said Graham Blundell, McArdle’s husband.

For many parents, full acceptance is a process

In the middle of the night three years ago, Ray Swartz, then 12 years old, woke up his mother to tell her three things.

“’I want you to call me Ray. I feel like a boy, and I like girls,’” his mother, Joan Swartz, recounted him saying. Groggy but elated that her son felt comfortable enough to come out to her, Joan told him she loved him no matter what, and that he should get some rest. It was the beginning of a journey of understanding for her, one that wasn’t always easy.

“Like most people, I didn’t really understand the difference between gender and sexuality, and I definitely had to educate myself as to the glossary and the spectrum and where my child was on it,” Swartz told NBC. “But humans are very adaptable. And over time, I’ve adapted.”

“No matter how loving a parent is, it can be a big adjustment,” Duke said. “There’s a cascade of personal emotions, of changed dreams, of worries about social and religious stresses and fears about their future health and safety, and they’ve got to work through this. And it takes some time.”

Godwin, the PFLAG president, told NBC that parents of LGBTQ youth may enter a kind of grieving process after their children come out.

“Grieving isn’t necessarily a negative thing,” Godwin said. “But it’s still a process. It’s the loss of what you knew.”

Swartz said she went through this process after her son began his transition.

“We can’t share memories that pop up on Facebook. We can’t talk about happy occasions from the past,” she said. “It was truly the beginning of a grieving period, and actually put me into a temporary depression.”

This difficulty coming to terms with such a big change is often overlooked in discussions about how parents can help their LGBTQ children feel loved and understood.

“Parents need to ensure that they practice self care,” Swartz said. “This journey is challenging in so many ways and you have to be strong for your kid, so do what you need to take care of yourself.”

Police have reportedly detained 19 people after they barged in to the embassy, which is near the Acropolis in the centre of […] 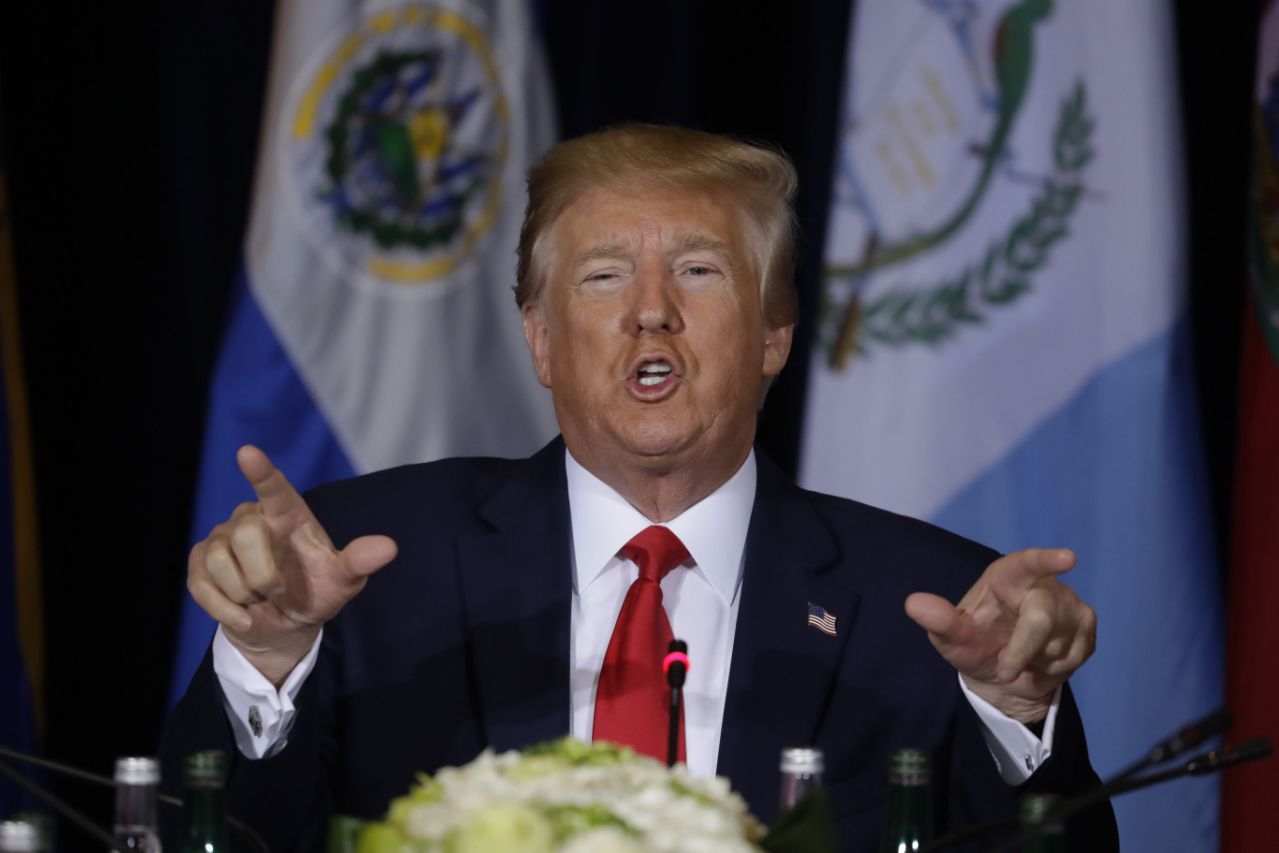 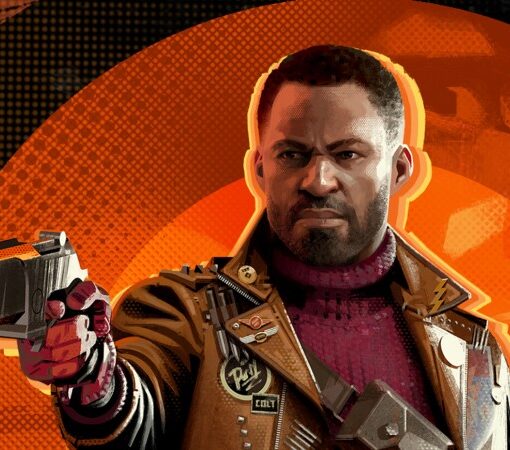 A new update for Deathloop is live, and it dramatically changes the way players will make moment-to-moment decisions, both in terms of […] 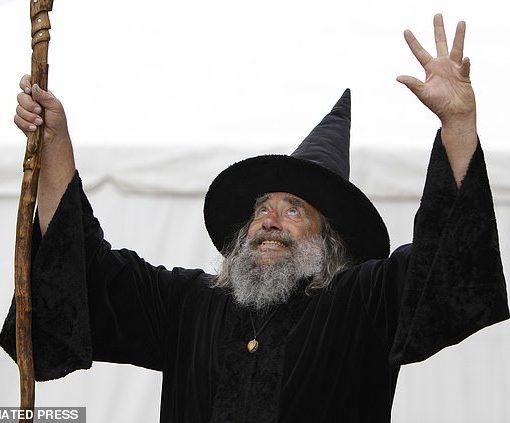