Dark clouds of smoke smothered cities in Brazil as parts of the Amazon burned at a rate not seen in years, and the world responded with outrage.

For a few weeks in August, the world’s eyes were fixed on Brazil and its government’s response. But what is the latest with the fires now, almost two months on? And why might the problem be worse than it first appeared?

There are still Amazon fires – though not as many

When the burning of the Amazon was at its peak in August, there were thousands of individual fires, almost three times as many that month – 30,901 – compared with the same period last year.

What caused this? Forest fires do happen in the Amazon during the dry season between July and October. They can be caused by naturally occurring events, like lightning strikes, but this year most are thought to have been started by farmers and loggers clearing land for crops or grazing.

This matters because the Amazon is the largest rainforest in the world and a vital carbon store that slows down the pace of global warming.

The world reacted with fury to the fires – there were protests in dozens of cities, threats of financial penalties, and broad condemnation of Brazilian President Jair Bolsonaro’s environmental policies.

In late August, Mr Bolsonaro deployed the army to the Amazon and ordered a 60-day ban on setting fires to clear land there. The measures had an effect – the number of fires in the Amazon dropped by a third between August and September. The pace has slowed even more this month, and is likely to do so even more now that annual rains have started.

There are signs, though, that the situation is worse than it appears. This is because the burning of the rainforest isn’t the biggest problem – deforestation is.

Traditionally, Amazon rainforest is felled, left to dry and then set on fire. By the time the moratorium came in, vast deforestation had already taken place. The only thing the ban prevented was more burning.

“They reduced the level of burning, but not the level of deforestation,” says Ane Alencar, the science director of the non-profit Amazon Environmental Research Institute (Ipam). “By the end of August, most of the deforestation in the current year had already happened.”

Statistics gathered by Inpe, Brazil’s satellite agency, suggest that at least 7,747 sq km of Brazilian Amazon rainforest have already been cleared so far this year.

Ane Alencar believes the true figure is likely to be at least 30% higher, making it the worst year since 2008 for Amazon deforestation in Brazil. A lot of the wood has yet to be burned, she believes, because of the moratorium and the fact annual rains are now starting.

“There are a lot of areas that were deforested but were not burned, but they might be burned next year instead,” Ms Alencar says.

The problem has moved from the Amazon

While fires have eased in the Brazilian Amazon, it’s been a different story in another fragile region to the south – the Cerrado savannah. The WWF calls it “one of the most endangered ecosystems on the planet” but there were more fires there than in the Amazon last month.

The Cerrado is one of the most biodiverse areas in the world – about 40% of the animal and plant species there can’t be found anywhere else on the planet, and it is populated by jaguars, anteaters and macaws. But, according to the Amazon Environmental Research Institute (Ipam) about half the forests, wetlands, woods and grasslands there have already been lost – much of it to make way for soy bean farming.

The savannah’s role as a carbon store, and thus in managing the world’s climate, is crucial. Ipam estimates that the number of trees lost there in 2016 and 2017 was the equivalent of 440 million more tons of CO2 going into the atmosphere – put simply, that’s more than the total CO2 emissions of the UK in one year.

The Cerrado was not subject to the same ban on fires enforced on the Brazilian Amazon in late August. And so, between August and September, the number of fires in the savannah increased by 78% to 22,989.

“When society was looking at the Amazon, they were thinking [in the Cerrado], it’s OK, we can do whatever we want here,” Ane Alencar says.

There have been almost 1,800 fires in the Cerrado so far in October, but the worst is likely to have passed. By the end of the month, the heavy annual rains will hit the region.

Campaigners say more could be done

Brazil’s environment minister told the BBC the government was doing an “excellent” job in protecting the Amazon, but campaigners say it could be doing more than just stopping fires in one region for 60 days.

“The fires in the Amazon might have slowed after Brazil’s firefighting response, but this short-term response is not enough,” says Christian Poirier, programme director of US-based non-profit group Amazon Watch.

“We need a real commitment from Bolsonaro’s government to protect Brazil’s forests and their indigenous and traditional communities, who are the true guardians of the Amazon.

“Bolsonaro has promised ‘zero tolerance’ for explosive deforestation and subsequent widespread arson; however, his policies and rhetoric have actually encouraged such crimes.”

There are plenty of fires outside of Brazil

Although Brazil’s fires have grabbed most of the headlines, it’s far from the only South American nation to have suffered fires – or to face controversy over how they started.

In Bolivia, fires – some set deliberately – have destroyed more than four million hectares since May, but heavy rain may now be easing the situation. On Tuesday officials said wildfires in the east had been quelled, and footage showed firefighters in badly-hit Chiquitanía jumping for joy. 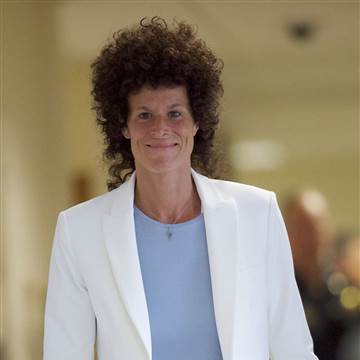 NORRISTOWN, Pa. — Bill Cosby’s next sexual assault trial will last at least a month — twice as long as the last […] 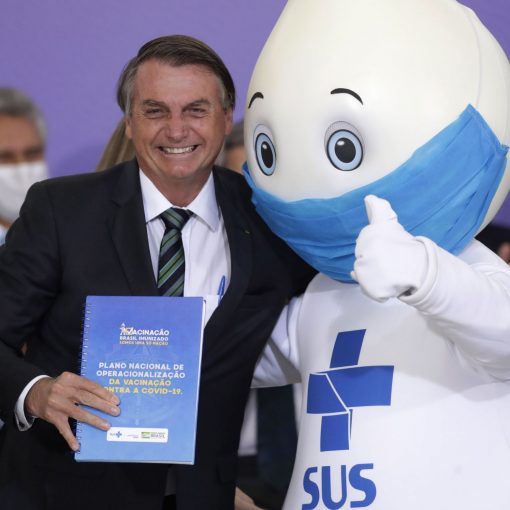