After completing a three-game sweep of the Minnesota Twins in the American League Division Series with a 5-1 victory on Monday night in Minneapolis, the New York Yankees get a four-day break before opening the American League Championship Series on Saturday.

Where and against whom they will play has yet to be the determined. The Houston Astros, who own the edge for home-field advantage by virtue of their major-league-best 107 wins, hold a 2-1 lead over the Tampa Bay Rays heading into Game 4 of their ALDS on Tuesday night in St. Petersburg, Fla.

“We’ll enjoy watching that series unfold and we’ll get ready for whoever it is,” Yankees manager Aaron Boone said after getting doused with beer and champagne. “We’re going to spend the night here and fly back tomorrow. We’re going to try and shut it off for the next 10 or 12 hours.”

Gleyber Torres homered and doubled twice, and Cameron Maybin also hit a home run as the New York made it 13 playoff wins in a row over Minnesota, which also lost its 16th consecutive postseason games to extend its major league record.

Didi Gregorius also had two hits and two RBIs, and Brett Gardner added an RBI single for New York, which became the first team to sweep a 100-win opponent in a division series.

Chad Green (1-0), one of six pitchers used by New York on Monday, picked up the win with 1 1/3 shutout innings of relief. Aroldis Chapman recorded the final five outs to get the save, striking Nelson Cruz out looking with runners on first and second to end the game.

“The way we played tonight was championship-caliber baseball,” Boone said. “The amount of big-time plays these guys made on defense, the amount of big pitches they made in big spots … Minnesota brought it tonight, but our guys time and time again were able to make a great defensive play or a big-time pitch.”

Eddie Rosario singled, doubled and homered, and Luis Arraez had a double among his two hits, but Minnesota finished 1-for-12 with runners in scoring position and left 11 men on base. Starter Jake Odorizzi (0-1) took the loss, giving up two runs on five hits over five innings, striking out five and not walking a batter.

“I mean it when I say to you that I do not sit here frustrated at all,” said Minnesota manager Rocco Baldelli of his team, which set a major league record with 307 home runs, including five players with 30 or more, while winning 101 games. “Our guys should be walking out of that clubhouse with their heads held high. They never stopped playing.”

Torres (22 years, 298 days) gave New York a 1-0 lead it would never relinquish in the second inning with a 376-foot home run barely over the glove of Twins left fielder Jake Cave, becoming the youngest Yankee to homer in a postseason game since Derek Jeter (22 years, 105 days) did so in Game 1 of the 1996 ALCS.

That Jeter homer is well-remembered because 12-year-old Yankees fan Jeffrey Maier reached over the fence to pull the ball into the stands, with the umpires failing to call fan interference.

“He loves the stage,” Boone said of Torres. “What more can you say? He’s such a great two-way player and clearly loves playing in the postseason.”

The Yankees extended their lead to 2-0 in the third when Gio Urshela led off with a double and scored two outs later on Gardner’s single.

New York made it 3-0 in seventh when Torres lined a double off the left field wall and scored one out later on a single by Gregorius.

Rosario cut it to 3-1 in eighth when he lined a 412-foot homer to dead center off Zack Britton. Maybin answered with a home run just inside the left field foul pole in the ninth off Sergio Romo, and Gregorius added an RBI single to end the scoring.

Including the playoffs, Gregorius has 30 RBIs in 13 games vs. the Twins since the start of 2018. 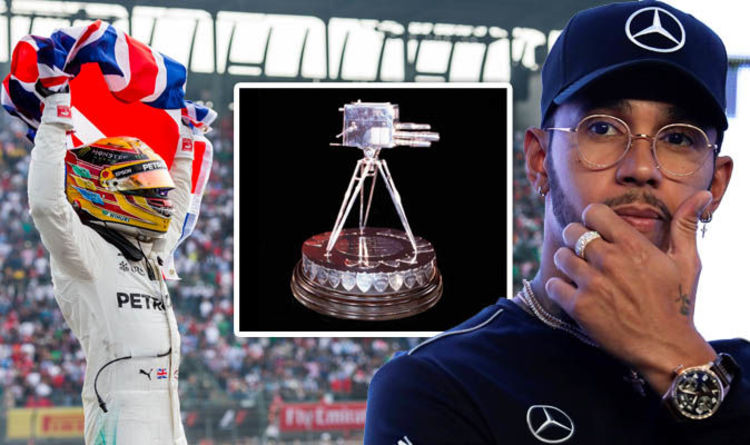 The 33-year-old, who recently secured his fifth Formula One world title in Mexico, will be returning to the track at this weekend’s […]

LONDON (Reuters) – Racing Point, the Canadian-owned Formula One team that emerged from now-disappeared Force India, will hold their 2019 pre-season launch […]

Both sides declared themselves content with their positions at the end of an intriguing fourth day at Lord’s, which ended with New […]

Frank Lampard has admitted he is trying to coach his players out of the urge to celebrate, as teams received their sternest […]