“I’m Liz Parker and five days ago I died. But then the really amazing thing happened. I came to life.”

And with that iconic introduction on October 6, 1999, one of the most fervent online fanbases was formed. Roswell premiered 20 years ago, introducing viewers to Liz (Shiri Appleby), an average high school girl whose life is saved and changed forever when she is saved by Max Evans (Jason Behr), her classmate who also happens to be an alien, along with his sister Isabel (Katherine Heigl) and troubled best friend Michael (Brendan Fehr), delivering a new sci-fi take on the teen drama genre; teen alienation had never before been so literal.

While it never attracted a huge audience, Roswell, which was based on the book series Roswell High by Melinda Metz and came from Parenthood and Friday Night Lights‘ Jason Katims, became one of the first shows to develop a passionate and engaged online fanbase, with active fan sites, message boards and even campaigns that helped save the show from cancellation—twice.

The series, which also starred Majandra Delfino, Nick Wechsler, Colin Hanks and William Sadler, ran for just three seasons across two networks, but its fanbase is just as stronger two decades later, thanks in part to The CW’s hit reboot that will return for its second season in 2020…with a familiar face behind the camera.

So crank up the iconic theme song by Dido, grab some Tabasco sauce and get ready for some out-of-this-world (sorry not sorry!) facts about Roswell in honor of its 20th anniversary, like the huge star who almost nabbed the role of Max…

1. Originally intended to air on Fox, the network had envisioned it initially as more Beverly Hills, 90210 in tone rather than sci-fi and felt it “skewed too young” for the viewers. So The WB swept in to take on the teen drama, airing it right after Dawson’s Creek, a fitting time-slot as EW initially described it as “X-Files meets Dawson’s Creek.”

2. While it’s hard to imagine anyone but the brooding Behr as Max, a then-unknown actor who would go on to become an Oscar winner was the producers’ initial pick.

“Jason Behr is a tremendous actor and we couldn’t have done the show without him. He was exactly right for the role,” director David Nutter told CBR. “But, early on in the process, before we even had the chance to meet Jason, an actor came in and read for the role. I thought he was perfect. Jason Katims thought he was perfect. We brought him in to the network and they just didn’t think much of him and that he wasn’t right for the role. I was definitely let down by that, because it was Heath Ledger.”

That’s right, the late Heath Ledger was this close to playing Max Evans.

3. Someone else who read for Max? Fehr, who admitted at the 2014 ATX TV Festival he always felt more connected to Michael because he was “the outsider of the outsiders.”

3. Appleby’s journey to landing her first major role as Liz wasn’t an easy one, having to audition five times for all three female leads “because I wasn’t what they envisioned for the part” of the heroine, she told What magazine. Then a sophomore at USC, she didn’t audition for Liz until her fifth call-back, when producers were deciding whether to cast her as Maria or Liz–which Appleby didn’t know at the time. “I had my schoolbooks with me because I had a final the next day. I was studying in the waiting room and I didn’t think I was going to be a part of the show at all.”

4. Delfino, meanwhile, was initially brought in to read for Liz but quickly knew she really wanted the role of Maria because she didn’t want to be “another Felicity,” and she wanted to be the “psycho best friend,” per Crash Into Me.

5. While they rarely addressed their IRL-relationship, onscreen siblings Behr and Heigl dated for the majority of the show’s three-year run, with rumors of an engagement once circulating before they split in 2002.

6. Another co-star coupling? Fehr and Delfino, who dated on and off throughout the series run, paralleling their characters’ roller-coaster romance, which of course garnered even more fan interest.

“We’ll always have our relationship on the show, whether we’ve together or not,” Fehr told the Chicago Tribune when the show was on, “which is what I think the fans really like. Obviously, they want us together but it’s intriguing if you do it right when you have a couple that’s not together, like a Mulder and Scully.”

7. Cast as Liz human/son of the local Sheriff BF Kyle Valenti, Weschler admitted to being a little too “weird” on the WB set in Roswell’s first days of filming while trying to figure out the character. “Remember how f–king weird I was? Remember?” he said at the reunion panel in 2014.”I would try to entertain myself—I would find moments to do weird s–t, or give it a slightly weird read. I look back on this time so fondly, because I loved not knowing any better.”

8. While it was the “highest testing pilot ever made at 20th Century Fox Television” at the time, per Nutter, Roswell never developed a massive audience. But it was one of the first shows to truly develop a cult following online, a devoted and passionate fanbase that saved it from cancellation not once but twice by sending 6,000 Tabasco bottles to the WB to get the show picked up for a second season and then 12,000 to UPN to save the show after it was canceled after season two.

9. On the show, the aliens had a serious taste for Tabasco sauce (hence the fan campaign using it as the symbol of their passion), but it was actually V8 Berry Splash the actors were drinking in its place.

10. The pilot of Roswell was “the first thing” Colin Hanks (son of Tom Hanks) was cast in, with the young actor landing the role of fan-favorite Alex, though the producers had no idea who his father was during his audition. He became the first major character to die on the show, which was due to Hanks being cast in the film Orange County.

11. Alex’s death also helped the writers send off Emilia de Ravin, whose introduction as Tess, the fourth alien and a new love interest for Max, was less than well received by the fans. (Understatement of 2000 TV culture?) “At first I got terrible mail,” the Lost star said in Crash Into Me, and the fan sites also ran rampant with Anti-Tess sentiment. “It never bothered me…personally, because Tess is a character.”

12. Though UPN initially saved the show, after a low-rated third season, the network canceled the show…and trimmed two episodes from its order. Katims would later reveal the writers had to scrap a “What if?” episode they were excited about.

“We would go back to different moments in the show’s history—including the pilot—and say, ‘What if Max hadn’t saved Liz?’ What if Michael ended up saving her instead? What if Maria told Liz to duck before she got hit with a bullet?”https://www.eonline.com/” he told Starlog magazine. “I thought the notion of it was a very fun and novel way to look back at what we had done.”

13. A fourth season would’ve dived deeper into Liz’s newly emerging powers, with the character becoming “the catalyst to get the stories going” through her visions and premonitions. “They would follow it up and it would take them to different places,” Katims revealed. Plus, Max’s desire to help people, like curing children with cancer, would’ve been further explored.

14. Towards the end of Roswell‘s run, Heigl as ready to move onto other projects, telling TVGuide back in 2003, “I felt helpless that I’d signed a contract for something I wasn’t happy with…being late was my little rebellion.” Other stars were ready to move on, with Fehr once vowing never to do TV again and Delfino wanting to pursue her music career.

15. Roswell‘s biggest fan? Jersey Shore’s Snooki, who even attended the ATX TV Festival in 2014 just to go to the reunion panel. “I cried three times, almost peed my pants from excitement and had sweaty palms the whole time,” she told MTV.

17. In 2019, a reboot called Roswell, New Mexico debuted on The CW, executive produced by Carina Adly MacKenzie, that had a timely take on the alien story by tackling immigration. Using the original books as its inspiration, Liz’s original last name, Orteco, is used, with all of the character being aged up.

18. A small-but-tiny change that had to happen though? Swapping out Tabasco sauce as the aliens’ odd delicacy of choice, with nail polish remover taking its place.  “We weren’t allowed to use hot sauce,” MacKenzie explained at TCA. “We have the rights to the books, but we don’t have the rights to the original TV show, so anything that we do that references the original show in that way is a homage; it’s a treat for fans!”

19. Appleby likely won’t appear onscreen in the CW series, which is a completely new take on the series, but she did direct a pivotal season one episode, guiding a new star, Jeanine Mason, in the role of Liz, whom she e-mailed with after the casting news was officially announced. Returning as a director was a major milestone for the star.

“When we did Roswell, we did sixty-one episodes. We had one female director on the very last episode,” the Unreal star told Syfy, “and so I never had an image in my mind of what it would be like to see a female direct.”

20. On Appleby’s first day directing, a sweet gift was waiting for her from an old friend, who she has remained close with over the years.

“The amazing Jason Behr sent me flowers on my very first day, with the sweetest note that was a quote from the original show which was: “If you could see you the way I see you now,” she told Syfy. (SWOON.) 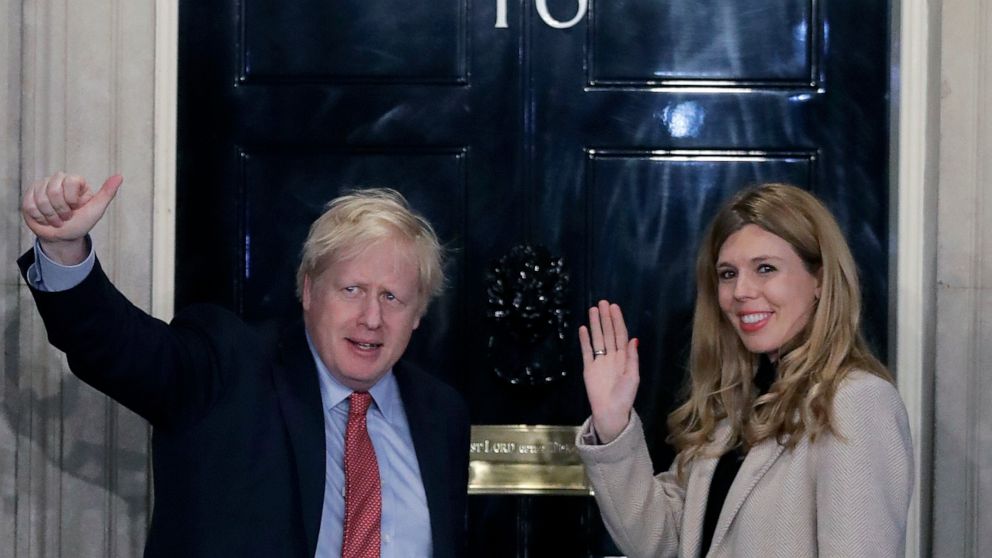 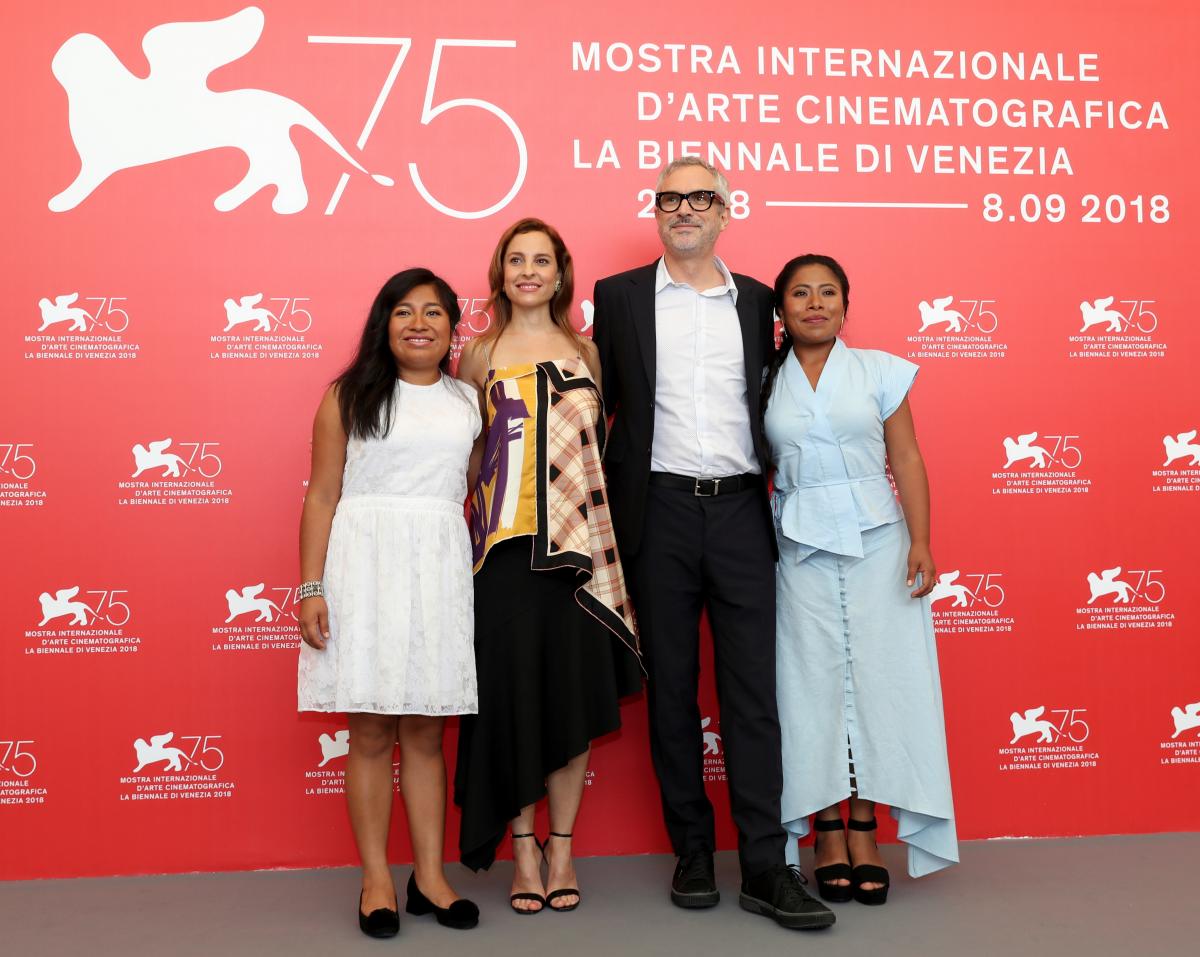 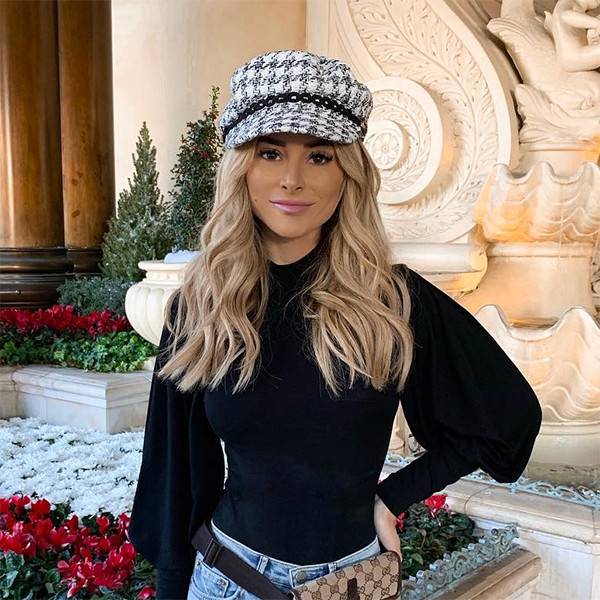 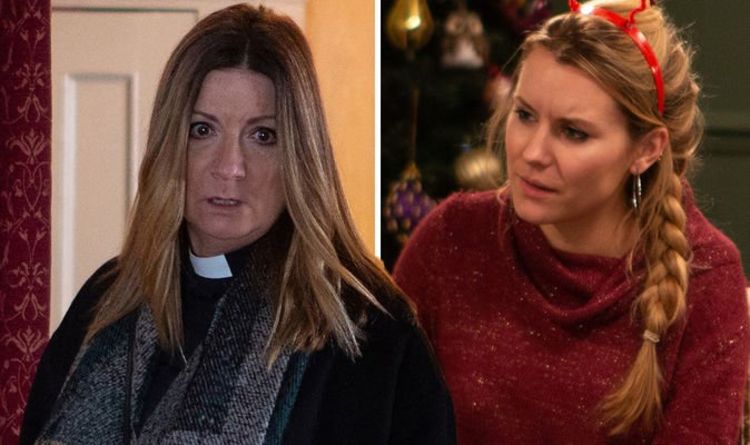