Australia are looking to return to winning ways against Uruguay after a narrow defeat to Wales in Tokyo last weekend, knowing victory is crucial if they are to make the quarter-finals.

Australia’s starting XV includes 11 fresh faces, namely 19-year-old wing Jordan Petaia, who makes his test debut after being prevented from doing so in November by injury.

Petaia will become the youngest player ever to represent Australia at a World Cup, a record was previously owned by Joe Roff, also 19, when he faced Canada in 1995 and his country’s first test player born this century despite playing only 13 Super Rugby games for the Queensland Reds.

Australia coach Michael Cheika explained: “We wanted to pick a side more on the ball-carrying front, some bigger bodies in the back row.

“You wouldn’t know that Jordan Petaia is a teenager, the way that he carries himself around the team. He’s intelligent to talk to, understands his rugby, understands the game very well.

“He loves it too. You can see that he’s loved it for a long time, and he’s definitely ready for it.”

Elsewhere, flyhalf Christian Lealiifano returns for the Wallabies, with Michael Hooper captaining the side. David Pocock drops out for Lukhan Salakaia-Loto with Matt To’omua earning his 50th cap. Full-back Kurtley Beale is recalled for his 90th cap.

The South Americans’ entire back row has changed with captain Juan Manuel Gaminara dropping out and Andres Vilaseca standing in for the skipper.

Meneses said: “We’re a very good team and we have very good players and they’ve shocked the world once – why not in again against Australia or Wales?

“Adding this new, fresh back row is hugely related to how the development of the match should take place. We are going to have to be first in defence and offence if we’re going to get the better of our opponents.”

And here, as they used to say on TV game shows – as that tumble dryer, that golden fondue set, drifts off […]

Naomi Osaka was forced to withdraw from the Western & Southern Open final in New York with a pulled hamstring, handing the […] 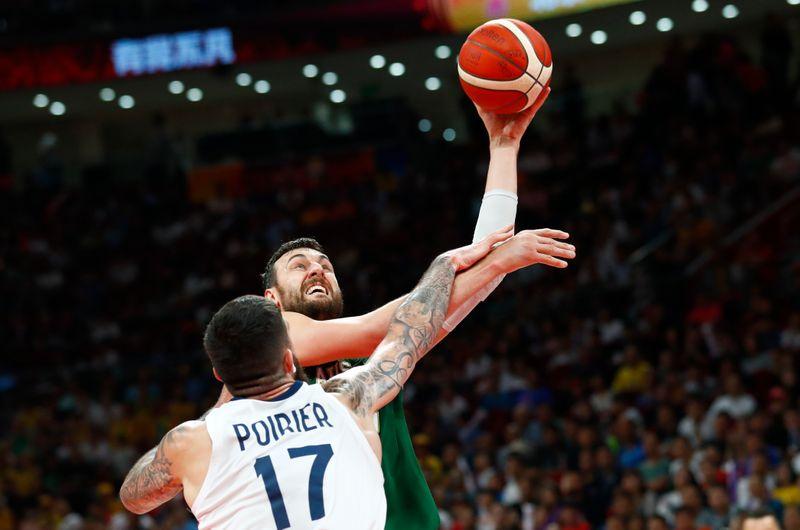