Scientists detected water vapor on a potentially habitable planet last month — a major step in the hunt for alien life.

The discovery was the culmination of a decade-long search that began when NASA shot the Kepler space telescope into orbit in 2009.

The telescope used what’s known as the transit method to look for exoplanets (worlds outside our solar system), launching a new era of planetary discovery. Kepler watched over 530,000 stars for tiny dips in brightness that could be caused by a planet passing in front of the star — transits, in other words. Since then, astronomers have discovered over 4,000 exoplanets, and another 4,000-plus candidates are waiting to be confirmed with further observation.

This data has taught us that Earth-like worlds may not be so rare. In fact, planets between the sizes of Earth and Neptune seem to be the most common type in the galaxy.

One recent analysis of Kepler data estimated that 20% to 50% of stars have small, possibly rocky planets orbiting in their habitable zones — the range of distances from a star in which a planet’s surface temperature could allow for liquid water. That means there could be up to 10 billion Earth-like planets in our galaxy.

Kepler retired last year after the telescope ran out of fuel, but it has passed the planet-hunting torch to the Transiting Exoplanet Survey Satellite (TESS).

Here are 16 of the exoplanets we know about so far that have the greatest potential for alien life.

In the atmosphere of super-Earth K2-18b, which is potentially habitable, scientists discovered water vapor.

Scientists think K2-18b is either a rocky planet like Earth or an icy planet with high concentrations of water in its interior.

The planet is much closer to its star than Earth is to the sun, but it receives only slightly more radiation because its red dwarf star is much smaller and cooler than our sun.

Researchers calculated that the planet has a similar temperature to Earth — somewhere in the range of about minus 99 degrees to 116 degrees Fahrenheit.

That planet is our “best candidate for habitability,” according to Angelos Tsiaras, the lead author of a paper about the finding.

That’s because K2-18b is the only known planet outside our solar system with water, an atmosphere, and a temperature range that could support liquid water on its surface.

“We were extremely excited to see these results,” Tsiaras said.

However, the hydrogen-rich atmosphere seems to form a dense envelope of gas that would make any life on K2-18b quite different from that on Earth.

Read more: Scientists have discovered water vapor on a potentially habitable super-Earth for the first time. That planet is now our best bet for finding alien life.

Other exoplanets could hold water, too, but more research is needed to find out for sure. Kepler-22b, for example, could be an ocean world with 60-degree-Fahrenheit temperatures.

At 2.4 times the size of our own planet, this super-Earth orbits within a sun-like star’s habitable zone. It might be covered in an ocean. But scientists aren’t sure whether Kepler-22b is rocky, gaseous, or liquid, mostly because of how big it is. Finding out would require more powerful telescopes, since the planet is 620 light-years away.

Researchers do know, however, that Kepler-22b is tilted on its side like Uranus, which means that its north and south poles are alternately bathed in sunlight and cloaked in darkness for half a year at a time.

Unlike many exoplanets in habitable zones, Kepler-452b orbits a sun-like star, and it completes its orbit every 385 days.

John Grunsfeld, associate administrator of NASA’s Science Mission Directorate, said in 2015 that the finding “brings us one step closer to finding an Earth 2.0.”

However, a 2018 follow-up study found that the planet’s discovery might have been a false alarm. Unfortunately, Kepler-452b is 1,400 light-years away, a distance that makes further study difficult.

Other potentially habitable worlds are much closer. A planet called GJ 357 d is just 31 light-years away.

TESS led astronomers to this planet, which is 6.1 times the mass of Earth and orbits tightly around a tiny star.

“GJ 357 d is located within the outer edge of its star’s habitable zone, where it receives about the same amount of stellar energy from its star as Mars does from the sun,” Diana Kossakowski, a member of the team that discovered the planet, said in a press release.

She added: “If the planet has a dense atmosphere, which will take future studies to determine, it could trap enough heat to warm the planet and allow liquid water on its surface.”

If the planet turns out to have no atmosphere, however, its surface would be about -64 degrees Fahrenheit, well below water’s freezing point.

Three planets orbiting the TRAPPIST-1 star, which is 39 light-years from Earth, could support life.

TRAPPIST-1 is a tiny M dwarf star (the most common type of star in the universe) that’s just slightly larger than Jupiter, though much more massive. In its orbit are seven planets about the size of Earth.

Three of them — called TRAPPIST-1 e, f, and g — are in the star’s habitable zone.

Scientists have gone back and forth about how habitable these TRAPPIST-1 planets could be: Some studies say not at all while others suggest the worlds could have 250 times more water than Earth.

Last year, a team of researchers modeled the potential climates of the TRAPPIST-1 planets.

They found that the planets probably evolved like Venus, which would mean any liquid water would have evaporated early on.

But TRAPPIST-1 e could still host liquid water, the study found. Even TRAPPIST-1 h, which orbits just outside of the star’s habitable zone, could have the right temperatures for life.

However, the TRAPPIST-1 star spews an onslaught of high-energy particles onto its orbiting planets.

Still, the planets are likely tidally locked with their star, which means they don’t spin like Earth. Instead, only one side of each planet ever faces the star and its radiation, while the other side remains perpetually in the dark.

“Maybe the night side is still warm enough for life, and it doesn’t get bombarded by radiation,” Benjamin Rackham, an exoplanet researcher, told Futurity in April.

Oceans could also protect deep-sea life from the radiation.

Closer to home, Ross 128 b is only 11 light-years away, and its star is not prone to flares of deadly radiation.

A 2018 analysis of chemicals in the cool, faint red dwarf star — as well as its temperatures — confirmed that Ross 128 b is likely a rocky planet with a temperate climate.

So far, it seems suitable for life. As the second-closest temperate planet to Earth, it’s a prime target for further study.

Similarly, 12 light-years away, three planets orbit in the habitable zone of the star Gliese 1061. The red dwarf star is relatively quiet now, but it could have blasted the planets with killer radiation in the past.

Researchers reported their discovery of the planets in August in a paper that has not yet been peer reviewed.

The outermost planet, Gliese 1016 d, appears to receive a similar level of energy from its star as Earth does from the sun.

A super-Earth called Proxima b circles in the habitable zone of our nearest neighboring star, just 4 light-years away. Some scientists think it doesn’t have an atmosphere, though, which generally means no life.

The tiny star the planet orbits, Proxima Centauri, douses the world in extreme radiation hundreds of times stronger than the radiation Earth receives from the sun. It’s enough to strip even heavy elements like nitrogen and oxygen from the planet’s atmosphere (if it has any atmosphere at all).

“Things can get interesting if an exoplanet holds on to its atmosphere, but Proxima b’s atmospheric loss rates here are so high that habitability is implausible,” Jeremy Drake, an astrophysicist who co-authored a paper about that atmospheric loss, said in a press release. “This questions the habitability of planets around such red dwarfs in general.”

Kepler-186f is less than 10% larger than Earth and lurks at the cool outer edge of its star’s habitable zone.

Kepler-186f receives one-third of the energy that Earth gets from the sun. So if you stood on the surface at high noon, its star would appear as bright as our sun does an hour before sunset.

A 2018 study suggested that Kepler-186f could have a stable axial tilt similar to Earth’s. That relatively unchanging tilt is what gives us a stable climate with regular seasons. Mars, on the other hand, has a wildly variable tilt, which causes violent shifts in climate. It likely contributed to the demise of Mars’ liquid water.

Kepler-186f may also have an atmosphere thick enough to protect liquid water from radiation, but we don’t know yet. The planet is over 500 light-years away.

Teegarden’s Star has two planets circling in its habitable zone, less than 13 light-years away.

An international team of astronomers identified the pair of planets, known as Teegarden b and c, based on observations from the Calar Alto Observatory in Spain. The astronomers watched for tiny “wobbles,” or motions in the star, as the gravity of its orbiting planets tugged it back and forth. They announced the finding in June.

Each planet has at least as much mass as Earth.

The innermost planet, Teegarden b, sits at the hot inner edge of its star’s habitable zone and completes an orbit every five days. One analysis estimated that Teegarden b has a 60% chance of having a surface environment with temperatures between 0 and 50 degrees Celsius (32 and 122 degrees Fahrenheit).

Teegarden c, though comfortably within its star’s habitable zone as well, only has a 3% chance of having a temperate surface that can host liquid water.

Even if the planet had an Earth-like atmosphere, researchers found, its surface temperature would be closer to minus 47 Celsius (minus 52 degrees Fahrenheit), well below water’s freezing point — and more like Mars than Earth.

Just because a planet is in the habitable zone of its star doesn’t mean it’s definitely habitable. An atmosphere ultimately determines whether or not a planet can support liquid water. But astronomers can’t see most exoplanet atmospheres yet.

An atmosphere keeps a planet’s surface warm and protects it from its star’s radiation. Life on Earth would not be possible without our atmosphere, which also provides many of the chemicals essential to life, like carbon and nitrogen.

Mars is a prime example of a planet in the habitable zone that lacks the type of atmosphere scientists think makes a world capable of hosting life.

The red planet is much smaller and has a weaker gravitational pull than Earth. So though it once had an atmosphere (and probably liquid water), Mars was too small and weak to hang on to it. Over time, the flow of charged particles and plasma from the sun stripped away most of Mars’ atmosphere.

What’s more, a planet outside its star’s habitable zone could still support liquid water if it has the right atmosphere.

But with current technology, the best way scientists can identify candidates for alien life is to look for Earth-like planets: rocky worlds in a star’s habitable zone.

“Habitability as we understand it is a very Earth-centric concept,” Ingo Waldmann, an exoplanet researcher who helped find water vapor on K2-18b, said last month.

Two forthcoming telescopes could greatly increase our understanding of exoplanets and their atmospheres. The first, NASA’s James Webb Space Telescope, is slated to launch in 2021.

By measuring the intensity of the star light passing through a planet’s atmosphere, the telescope could calculate the composition of that atmosphere.

The second is the European Southern Observatory (ESO)’s Extremely Large Telescope, which is slated to be completed in 2025.

The telescope is being constructed to search for signatures of life in exoplanet atmospheres. Ross 182 b will be a prime target since it’s so close, the ESO said. 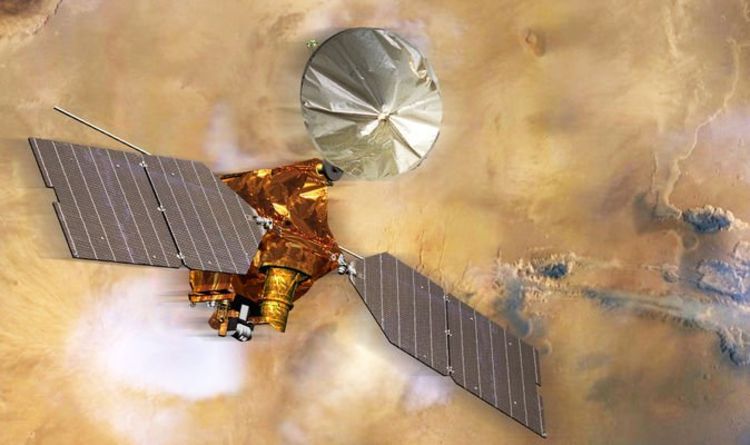 Dust storms are common on Mars, but approximately every decade or so, something unpredictable happens. New NASA Mars Reconnaissance Orbiter images reveal […] 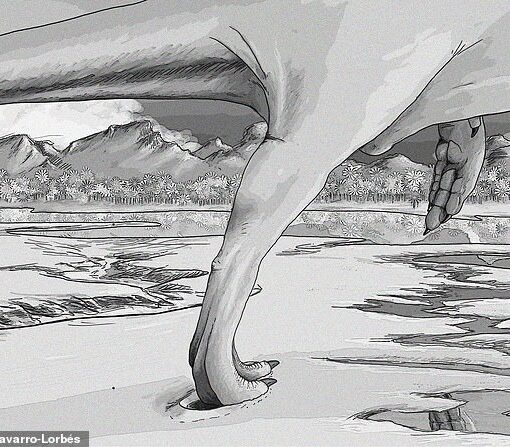 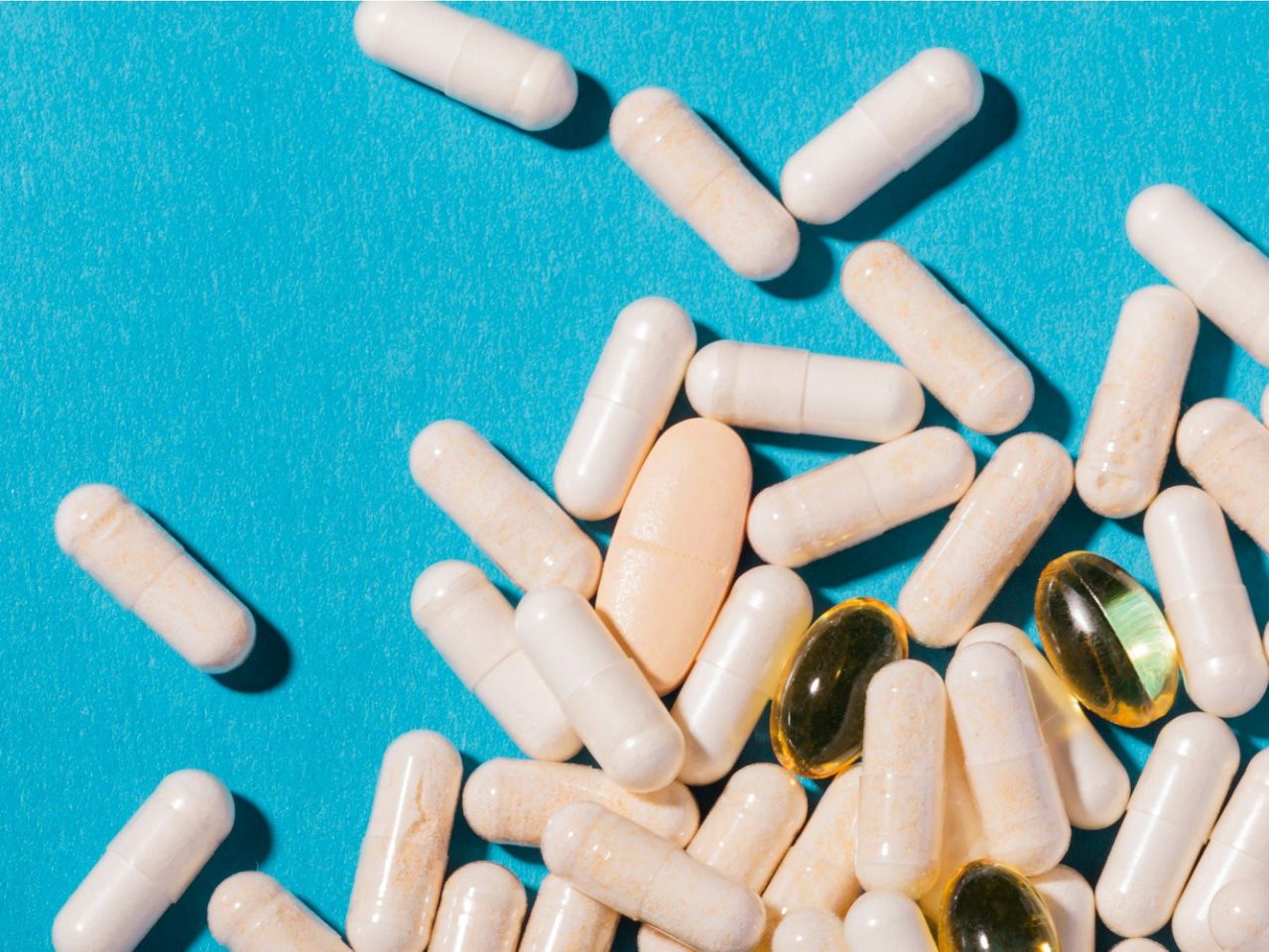 From Popular Mechanics The idea of scaling up a drone to carry passengers isn’t new. Who among us hasn’t gazed up at […]