Darrel Williams scored from a yard out with 20 seconds left, his second touchdown of the game, and the Kansas City Chiefs remained unbeaten with a wild 34-30 win over the host Detroit Lions on Sunday.

That score capped a 13-play, 79-yard drive, highlighted by Patrick Mahomes’ 15-yard run on fourth-and-8. Mahomes passed for 315 yards but no touchdowns. LeSean McCoy gained 56 yards on 11 carries with a score, while Bashaud Breeland returned a fumble 100 yards for a third-quarter TD.

Travis Kelce added seven receptions for 85 yards for the Chiefs (4-0).

The Cowboys had at least 31 points and 474 yards in winning each of their first three games for their best start in 11 years, but managed just 257 yards against the Saints (3-1), who hope to get Brees back in about a month.

Ezekiel Elliott, who had 100-plus yards in each of the last two games despite missing all of the preseason in a contract holdout, was held to 35 rushing yards on 18 carries, the second-lowest yards-per-carry average (1.9) of his career.

J.C. Jackson recorded two interceptions and blocked a punt that led to a touchdown, as New England hung on against Buffalo in Orchard Park, N.Y.

The Patriots benefited from four interceptions and five sacks to improve to 4-0 for the first time since 2015, remaining perfect despite mustering just 224 yards of total offense. Tom Brady completed 18 of 39 passes for 150 yards while throwing his first interception of the season.

Bills quarterback Josh Allen sustained a concussion early in the fourth quarter, having scored on a 1-yard run and thrown three interceptions. Matt Barkley replaced him and was intercepted by Jamie Collins to seal the game.

With the ball on Cleveland’s 12-yard line after the Ravens (2-2) got within 24-18 with 9:51 left in the game, Chubb burst off right tackle and sprinted down the near sideline for the important touchdown. Chubb also ran for a pair of third-quarter touchdowns to help the Browns (2-2) score 30 second-half points and win at Baltimore for just the fifth time since 1999.

Baker Mayfield was 20 of 30 for 342 yards with a touchdown and an interception. Jarvis Landry had eight receptions for 167 yards before leaving with an apparent concussion. It was the second straight defeat for the Ravens.

Jameis Winston threw for 385 yards and four touchdowns as Tampa Bay pulled off the biggest upset of Week 4, setting a franchise record for most points in a game and outgunning host Los Angeles.

But the Bucs (2-2) closed out the biggest win of the brief Bruce Arians era in style. After Matt Gay’s 21-yard field goal with 2:35 remaining restored an eight-point lead, Ndamukong Suh picked up a Jared Goff fumble and rumbled 37 yards for the clinching touchdown with 1:06 left.

Backup quarterback Chase Daniel replaced injured starter Mitchell Trubisky and completed 22 of 30 passes for 195 yards and one touchdown, and Chicago held on for a win over visiting Minnesota.

The Bears (3-1) relied on a dominant defense that finished with six sacks and three forced fumbles, recovering two. Chicago nearly posted its first shutout since 2010 before giving up a touchdown in the final three minutes.

Kirk Cousins completed 27 of 36 passes for 233 yards for the Vikings (2-2), who have dropped both of their road games this season. Dalvin Cook had 14 carries for 35 yards and a touchdown.

Philip Rivers threw for 310 yards and two touchdowns to lead visiting Los Angeles to a win at Miami.

Rivers completed 24 of 30 passes and connected with Austin Ekeler and Troymaine Pope for touchdowns. Ekeler also ran one in, and Ty Long kicked three field goals for the Chargers (2-2).

Miami, outscored 133-16 in its first three games, stayed within one score until Long’s 45-yard field that gave Los Angeles a 20-10 lead with 1:33 remaining in the third quarter. Josh Rosen, in his second start at quarterback, completed 17 of 24 passes for 180 yards and one touchdown, plus an interception, for Miami (0-4).

Daniel Jones improved to 2-0 as an NFL starter, throwing for 225 yards and a touchdown as New York shut down sloppy Washington in East Rutherford, N.J.

Jones completed 23 of 31 passes with two interceptions, as he won what turned into a battle of rookie quarterbacks. The Redskins (0-4) benched starter Case Keenum in the second quarter for Dwayne Haskins, a first-round pick out of Ohio State.

Washington managed only 176 total yards and eight first downs against a Giants defense that had allowed at least 28 points in its first three games.

Carolina’s defense was stingy throughout the game, and two Joey Slye field goals in the fourth quarter held up in a victory against host Houston.

The Panthers (2-2) have won two road games with Kyle Allen as the starting quarterback in place of Cam Newton after dropping their first two games at home. Allen was 24 of 34 for 232 yards in the air.

Slye made a 55-yard field goal on the second play of the fourth quarter to put the Panthers ahead. He tacked on a 26-yarder with 28 seconds remaining.

Marcus Mariota threw for 227 yards and three touchdowns to lead Tennessee to a victory over host Atlanta.

Mariota completed 18 of 27 passes while notching his second three-touchdown outing of the campaign for the Titans (2-2). Rookie A.J. Brown hauled in his first two career touchdown passes and had three receptions for 94 yards, while Corey Davis had five catches for 91 yards and one score.

Derrick Henry rushed for 100 yards on 27 carries as Tennessee halted a two-game slide. Harold Landry III had two of the Titans’ five sacks. The Falcons fell to 1-3.

Josh Lambo kicked four field goals, including the game-winner from 33 yards out as time expired, and Leonard Fournette rushed for a career-high 225 yards as Jacksonville won at Denver.

Rookie quarterback Gardner Minshew II passed for 213 yards and two touchdowns for the Jaguars (2-2), who scored 20 unanswered points to take a 23-17 fourth-quarter lead.

Broncos quarterback Joe Flacco rallied his team before Lambo’s winner, connecting with Courtland Sutton for a tying 8-yard score with 1:32 remaining. The extra point put the Broncos ahead 24-23. Denver, which led 17-6 at halftime, fell to 0-4 for the first time since 1999.

Oakland scored on consecutive offensive plays in the first quarter to build an early lead, and safety Erik Harris thwarted a late rally by host Indianapolis with a 30-yard interception return for a touchdown.

Playing for the second time in a six-week stretch without a home game, the Raiders (2-2) got two touchdown passes from Derek Carr (21 of 31, 189 yards).

Jacoby Brissett passed for 265 yards and three touchdowns, including a 48-yard connection with tight end Eric Ebron with 1:10 remaining, but it wasn’t enough as the Colts (2-2) had their two-game winning streak ended. The Raiders ended a two-game losing streak.

Quarterback Russell Wilson passed for 240 yards and a touchdown, and defensive end Jadeveon Clowney made a one-handed interception and returned it for a touchdown as Seattle beat Arizona in Glendale, Ariz.

Chris Carson had 104 yards rushing and tight Will Dissly had seven receptions, including a touchdown, for the Seahawks (3-1), who have won six of their past seven games in Arizona.

Clowney sniffed out an attempted screen pass in the right flat and a made a left-handed interception, and his 27-yard return at 4:15 of the first quarter gave the Seahawks a quick 10-0 lead. 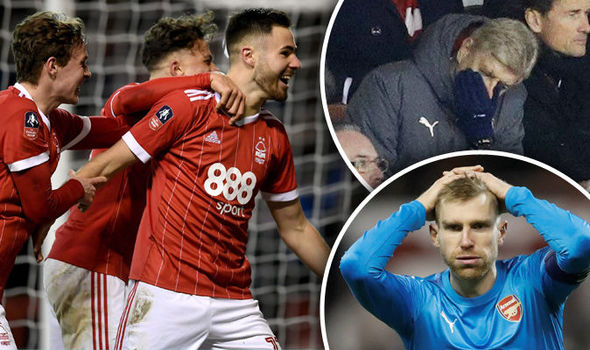 “England have done it in the last minute of extra time!” was John Motson’s euphoric commentary following the sensational, swivelling strike by […] 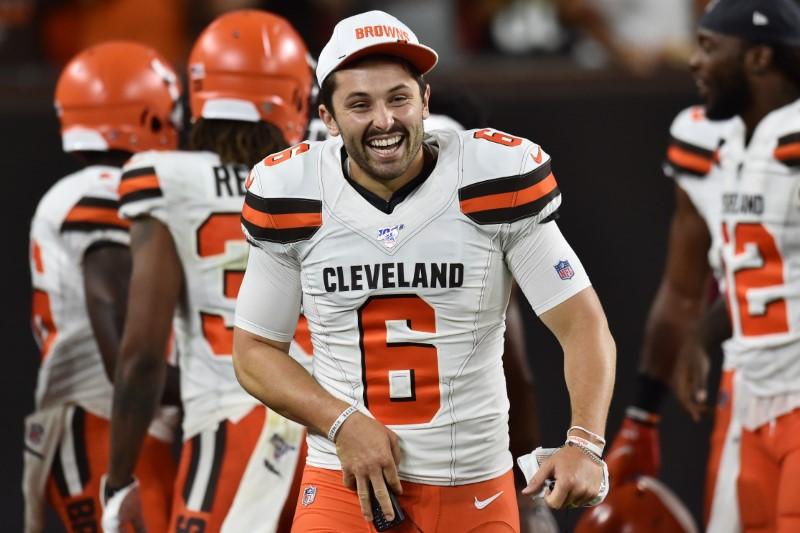 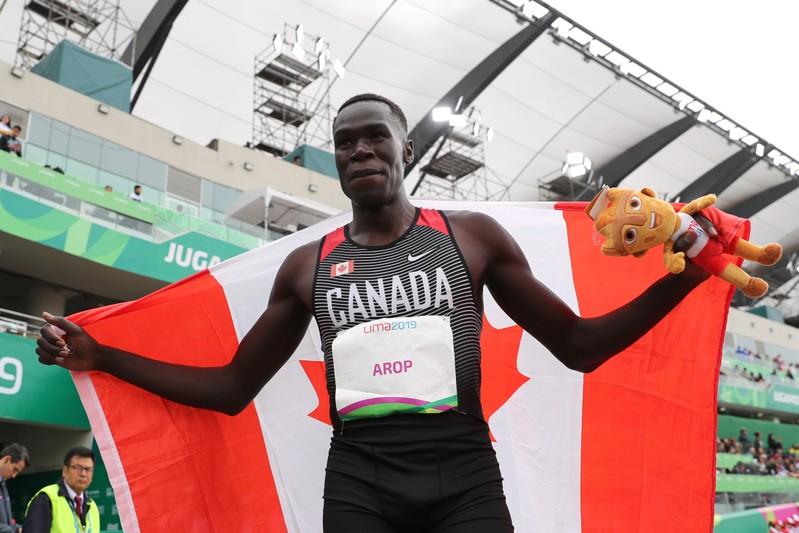