With the Democrats continuing to allege misconduct over requests by the President to ask the Ukrainian government to inves­tigate a political opponent, a furious Mr Trump took to social media to condemn them as “do-­nothing savages”. It comes as Republican support­ers of Mr Trump, 73, told the Sunday Express that the US president has nothing to answer for. They also believe his chances of winning next year’s election have been boosted by the turbulent week and man­ oeuvres by his opponents.

They have also likened it to the attacks on Boris Johnson and Brexit in Britain.

With the US election set for 2020, a source in the Trump re­- election campaign said the announcement of the impeach­ment inquiry by Democrat House of Representatives Speaker Nancy Pelosi had been cheered.

“Champagne corks were popped,” the source said, adding that “it will only help the president get re-­elected.”

Mr Biden’s son Hunter, 49, worked in the Ukraine and there were allegations that the former vice-­president had intervened to stop his son being investigated for corruption.

Mr Trump’s critics have accused him of using the power of the White House to bully Ukraine into digging up information on his polit­ical rival Biden.

Although Trump is the Demo­crats’ target, well-­placed figures in Washington believe the scandal has probably finished Mr Biden’s hopes of being the Democrat nominee because questions are now being asked about his activities.

This leaves the likely opponent as the more left-­wing Senator Elizabeth Warren, 70.

Nile Gardiner, director of the Margaret Thatcher Center for Freedom at the US’s biggest think­tank Heritage, said: “Warren is very left-­wing. She just does not appeal to blue­ collar Americans like Biden does.

“Biden would have been a far more difficult opponent.” He added: “There is no chance Donald Trump will be impeached. This is a distraction because of the election coming up. It will mean that he is distracted from his for­eign policy objectives to fight these domestic issues.”

The conservative right in America said the president is facing the same “establishment” forces that are trying to bring down Mr Johnson and stop Brexit.

Patrick Basham, director of the influential Democracy Institute, said: “The establishment are com­pletely mystified why the people voted as they did. In both cases, the deep state is campaigning 24/7 to ensure they fail.

Republican Congressman Barry Loudermilk, 55, from Georgia, said: “The establishment have been able to make things work to their advantage and you have got a pres­ident here who has come in and said the reason things haven’t got better is because we are stuck in the mud and it is time to shake things up.

“There are a lot of para­llels between your prime minister and Trump. That is what happens when you chal­lenge the status quo.”

Mr Loudermilk, a US air force veteran, compared the opponents to the tyranny in the Soviet Union. “Using law to go after a political enemy is reminiscent of the Soviet Union not the USA. They sent people to the gulags.”

Mr Loudermilk also insisted that contrary to claims that he is breaking the law, the president “has a constitutional duty to investigate foreign interference”.

Jon Schweppe, from leading think-­tank American Principles Project, said: “Of course they’re going to impeach. They’ve been threatening impeachment since the moment Trump set foot in the White House. They don’t care why. They’ve spent three years trying to come up with the ‘why’. It’s not about the why, it’s about the who – President Trump repre­sents a threat to the establishment political class and they’ll do everything they can to stop him.”

Republican Congressman George Holding, 51, from North Carolina, told the Sunday Express that having seen the transcript of Mr Trump’s conversation with the Ukrainian president, there is “nothing there”.

He said: “I’m a former attor­ney, I have prosecuted people for quid pro quo and there is no quid pro quo there.”

He also emphasised that many in America are keen for Brexit to happen and that a free trade deal is “the big prize”.

Mr Holding also scotched con­cerns that Britain will be forced to part-­privatise the NHS or buy US chlorinated chicken as a price for it.

He said: “The big prize is a UK-­US trade deal. The synergies are tremendous. We are the two last true entrepreneurial capitalist free markets in the world. We can bridge the two great financial centres in New York and London. In America, we know that we need to look at the big picture.”

He is bemused by the refusal of Labour and Remainers to have an election, pointing out that House Representatives stand every two years. “I have to ask, why are those MPs afraid of democracy? “They need to have an election to sort this out and let the people decide how they want to go for­ ward with Brexit.”

Republican US Senator Rand Paul, 56 – an outspoken sup­porter of Brexit – suggested that a trade deal should be signed before the UK leaves the EU.

He said: “I think we are natural partners. If Boris Johnson were to ask, I would say there’s no time like the present. There’s nothing stopping us from signing an agreement now, even if you haven’t left. It will help your citizens to know that they have an agreement with America.”

However, there were warnings that the Democrats will go through with their threat to block a trade deal because of their ani­mosity to Brexit and Mr Johnson. Nile Gardiner said: “The Democrats hate Boris. They will also do whatever they can to stop Brexit. Their view on him changed when he became PM as he is associated with Brexit and is close to Trump. Republicans, on the other hand, are very supportive of Brexit.”

Mr Gardiner added that the UN speech by the president had turned Britain and America’s post-­Brexit relationship into a pri­ority. He said: “It was an impor­tant development that Trump put a deal front and centre.” 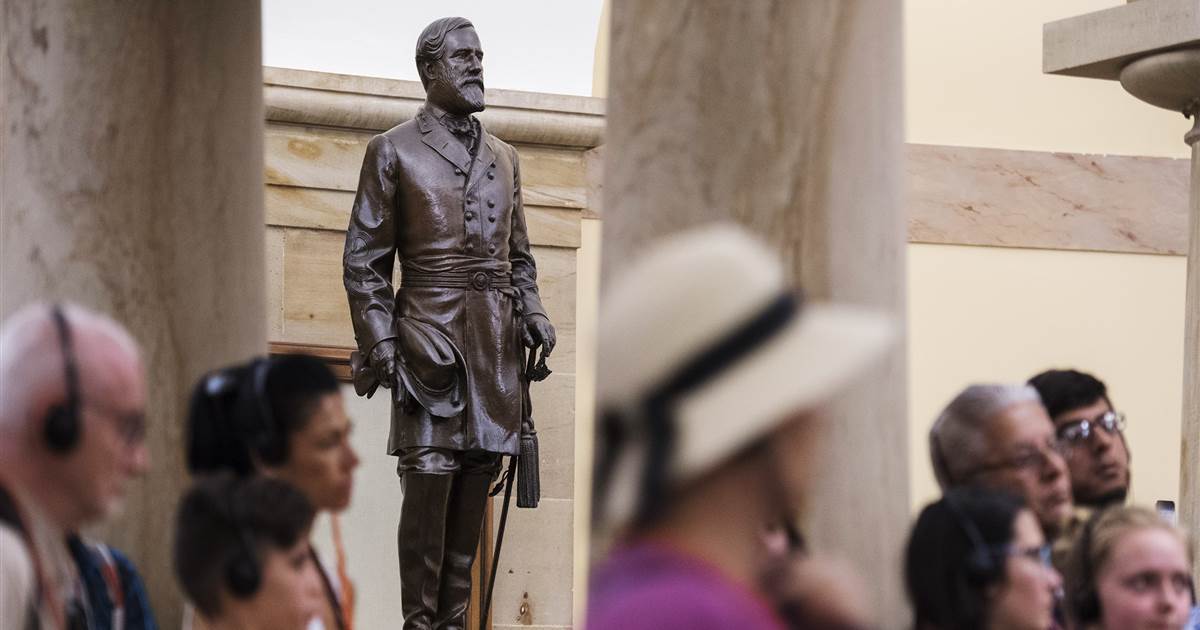 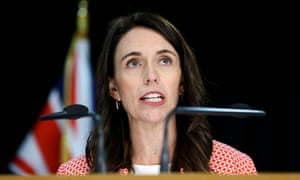 New Zealand has been ranked the best performer in managing Covid-19 while Australia is ranked eighth, according to an index published by […] 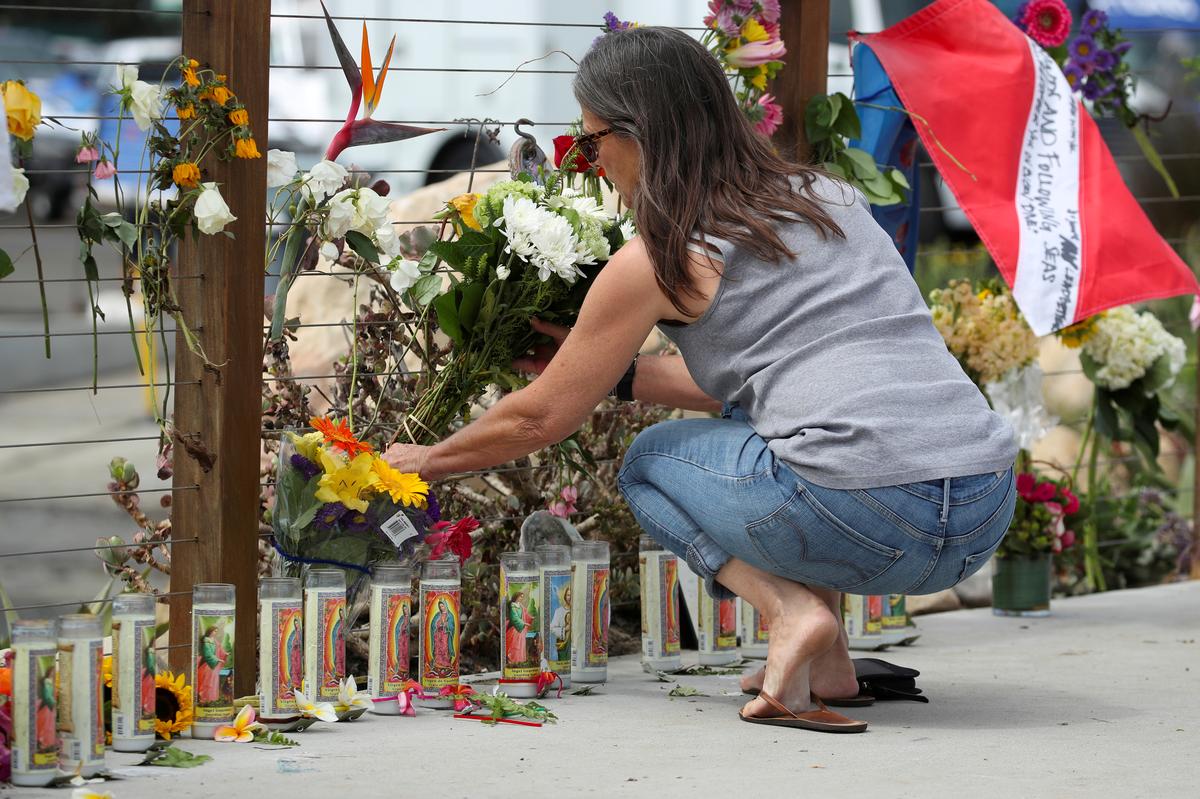