You’ve most likely heard the term Whole30 by now, and may even know someone who’s risen to the challenge. Created by a pair of nutritionists in 2009, it’s a month-long program that involves eliminating “the most common craving-inducing, blood sugar disrupting, gut-damaging, inflammatory food groups” from your diet. Translation? No sugar, alcohol, grains, dairy, legumes (and plenty of other fine print) for a month. You can read all the restrictions on the official Whole30 site.

Sounds intense, right? But it can be done! In fact, when I asked three Whole30 veterans if they were happy they did it, all three responded with an emphatic yes.

My three champs — Liz, Caitlyn and Brian — all had different motivations for starting the Whole30, from attempting to self-diagnose some minor health issues to trying to break unhealthy eating habits formed in college dining halls. But interestingly enough, all three jumped into the program pretty quickly.

“You almost have to dive in,” Brian told me. “I talked to my brother about it on — maybe a Friday — and we went shopping on Saturday. On the way to the store, we said ‘let’s just do it.”https://www.cnet.com/”

Each also faced their own unique challenges throughout the 30 days. “I thought about pasta a lot,” Liz confessed. As for Caitlyn’s biggest temptation? “Cheese. 100% cheese.”

But all three made it through with barely any violations to speak of (save a celebratory glass of champagne here and there for special occasions).

And what’s more, all felt results.

“The hardest thing is starting,” Liz told me. A self-proclaimed “notorious snoozer,” she felt a surge of natural energy a few days into the regimen and was able to make peace with her alarm clock

Caitlyn also noticed changes in her energy and skin. “The first week stinks. Then you feel really good. Once I got in the groove, I wanted to stay there,” she said.

Whole30 tips from people who have gotten through it

If you’re interested in resetting your diet and refreshing your body, or if you’re just plain curious about what the Whole30 can do for you, here are eight tips from the pros about how to get into the groove:

1. Take comfort in the fact that ‘people have kind of done the work for you.’

There’s a wealth of information about Whole30 compliant foods on chat boards, Instagram and other online platforms. Caitlyn told me that she could search for specific foods (e.g., “What is Whole30-compliant applesauce?”) and find specific results nearly every time.

Naturally, there are a slew of Whole30 cookbooks, including several officially endorsed titles like The Whole30: The 30-Day Guide to Total Health and Food Freedom.

2. Be forewarned that sugar is hard to escape.

Sugar may be one of the sneakiest ingredients out there. “It’s kind of wild because it’s in stuff you wouldn’t even think of outside of cakes or cookies,” said Caitlyn. Not only is it a staple in many foods, it’s in drinks too! “Eating wasn’t that difficult,” Brian told me. “That was an easier habit to break than iced teas and Vitamin Waters and things that you don’t even think about having sugar.”

3. Limit eating out at restaurants.

Liz found eating out to be the most challenging aspect of the program. On top of the easy-to-grasp rules like “no alcohol,” the fine print gets really specific, down to what kinds of oils you can use to prepare foods. Details like that can be difficult to ascertain from a restaurant menu, even if you’re able to find a dish that appears to play by most of the other rules.

4. Be proactive when it comes to snack-centric activities.

Brian told me that the most helpful step he took was “just making sure I wasn’t hungry. If I was watching TV, I made sure I had Whole30 snacks nearby — trying to find the habits that partner with snacking and making sure I was prepared for them.”

5. Get on board with breakfast.

Before completing the Whole30, Caitlyn had never been a breakfast person. Now she and my two other veterans often start their days with some protein-packed eggs.

6. A slow cooker is your best friend. (So is an Instant Pot.)

Since it can be difficult to find Whole30 compliant meals out in the wild, at-home meal prep is a key component of the program. For Liz, a brand new slow cooker was her partner in crime. “I used it every single Sunday to prep big batch stuff for the week, and it was a godsend.” Her go-to dish was a whole rotisserie chicken, which she’d then shred and have in “a million meals the following week.” Check out some of our favorite Whole30 Instant Pot recipes, too.

Caitlyn called out “public pressure” as one of the things that helped her get through the month without cheating. “I needed to hold myself accountable through the eyes of others.”

8. Remember that 30 days is a finite period of time.

For Liz, a constant source of inspiration was the mantra: It’s only 30 days. “When you’re thinking about making a life change, it’s kind of ominous and nebulous, so that can allow people to think, ‘Well that’s not sustainable. I can’t do that.’  But because it was finite, I thought — this is the thing I agreed to do and I’m gonna do it.”

Whole30 recipes to help keep you on track

Are you sold? Could your 30 days even start today? If so, peruse these recipes, write up your grocery list, and dive in!

While eggs are a go-to breakfast for many Whole30 participants, starting your morning the same way every day sounds eggs-hausting (first and final pun, I promise). Although grains are off limits, this carb-free granola recipe uses nuts, seeds, coconut oil and unsweetened dried fruits (raisins and apples) to make a satisfying and Whole30-compliant snack. Pair it with dairy-free coconut yogurt for breakfast. Get the grain-free apple cinnamon granola recipe.

Shake up your fruit intake with this easy smoothie recipe. It only requires four ingredients, and you can add some variety to your diet by changing up which berries you use each day. (But be aware, per the official Whole30 rules, that while smoothies “are technically compliant” on the plan, they “strongly recommend against” them. Do with that information what you will.) Get the mixed berry breakfast smoothie recipe.

Inspired by Liz’s story, I sought out a slow cooker recipe and found this flavorful baked potato with hot sauce, garlic and optional dairy-free ranch dressing. No one ever said eating Whole30 couldn’t be spicy! Get the slow cooker Buffalo chicken stuffed sweet potato recipe.

At the beginning of his Whole30 journey, Brian purchased a spiralizer and used it to make all manner of grain-free pastas using veggies like zucchini and sweet potatoes. With dairy off the table, this zoodle recipe turns to avocado to create a creamy sauce. Get the avocado pesto zoodles recipe.

This story was written by Julie Boor and originally posted on Chowhound. 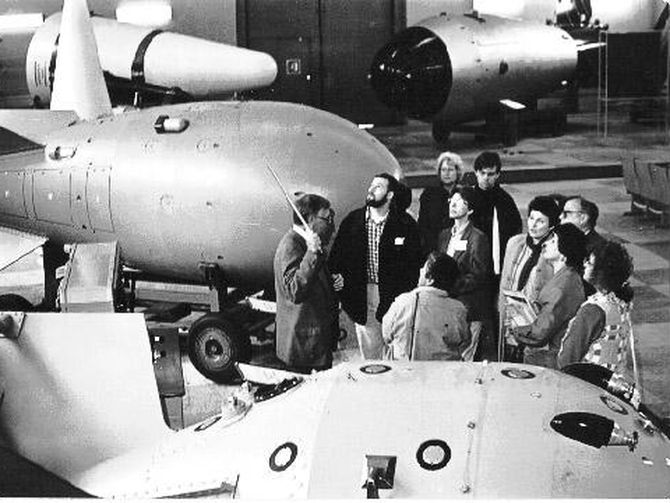 Sarov, the location of a nuclear weapons lab where scientist are accused of a cyrptocurrency scheme, is also home to this museum […] 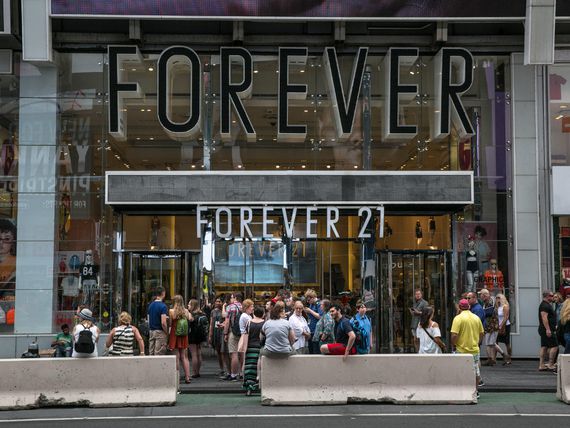 With any luck, that “Empire Strikes Back” sweatshirt didn’t cost you your payment card data. Getty Images Psst. Don’t look now, but […] 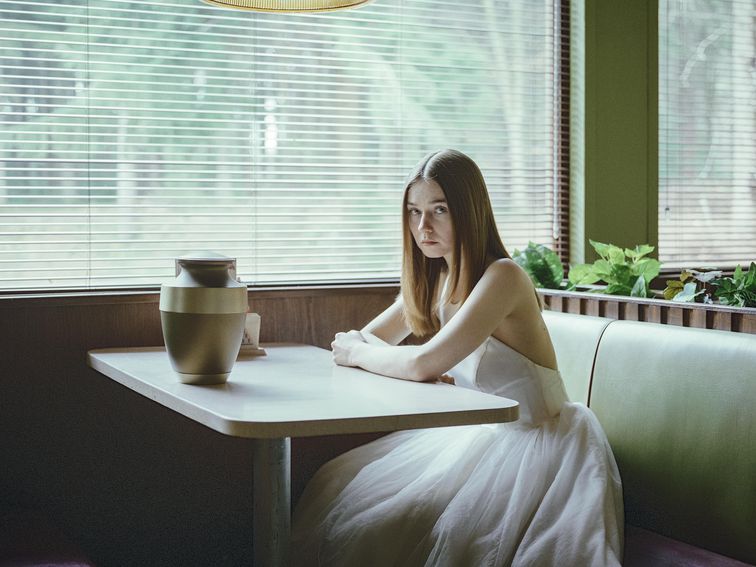 The End of the F***ing World. Netflix On the hunt for something to watch on Netflix? Welcome to another list of best […] 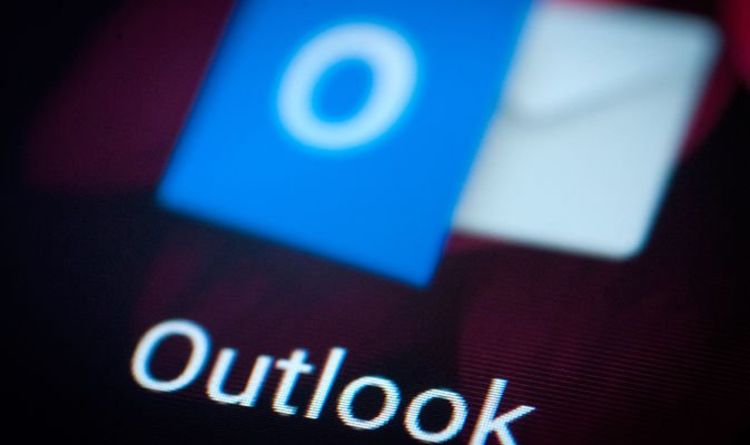 Email has revolutionised how we communicate, with innumerable emails now sent and received every day. Outlook, Microsoft’s successor to Hotmail, remains the […]