Harry Kane could not conceal the frustration, the overwhelming sense of exasperation and, like Mauricio Pochettino moments earlier in a different part of Olympiakos’s Karaiskakis Stadium, the Tottenham striker poured it all out.

On the face of it, the 2-2 draw in the Group B opener was not a bad result but Kane knew the real story and what made it so difficult to accept was that it was an old story, one that Spurs have lived too many times.

As recently as 1 September, Kane’s team had taken a 2-0 lead at Arsenal only to concede on the stroke of half-time for 2-1 – a goal that badly shook them, transforming the game’s momentum and precipitating the inevitable 2-2 draw. The pattern was precisely the same in Athens.

Kane wanted to go further back, to the beginning of last season’s Champions League campaign and the club’s first two away ties. At Internazionale they had led 1-0 only to concede twice in the last five minutes to lose 2-1 and then at PSV Eindhoven, having been 2-1 up, they conceded an 87th-minute equaliser to draw 2-2.

Remember the Champions League last-16 tie against Juventus in 2017-18 and what Giorgio Chiellini said afterwards? Spurs had been 3-2 up on aggregate in the second-leg at home, with Juventus needing two goals to progress, and yet they got them on 64 and 67 minutes. “It’s the history of Tottenham,” Chiellini said. “They always miss something to arrive at the end.”

The Juventus disaster was the moment from which Spurs knew they had to learn lessons in terms of game management but the same flaw appears to remain a part of their make-up in the most pressurised matches. And, as Kane acknowledged, they no longer have the excuse of being a team of callow youngsters.

“That’s the hard part to get your head around because we’re not young any more, we’re not inexperienced,” Kane said. “We’ve played in big games for club and country. I can see why the manager is frustrated because he’s been here for six years now and we’re still making similar mistakes to the ones we were in his first year. We’ve got to find a way to get around it, improve and get better.

“It’s hard. We’ve been here before. It’s disappointing because we started last year’s [Champions League] campaign disappointingly and we know it takes a lot of hard work and energy to get back to the top of the group. We obviously play Bayern Munich next, a very tough opponent.

“Two-nil up … if we see it through to half-time, it’s probably a different game. I don’t doubt the mentality of the team. We’ve come through a lot in the last few years and last year we reached the Champions League final after being down and out in the group. A bit more maturity in those situations will help.”

There is a wider issue in play concerning Kane – one that is the stuff of nightmares for Spurs. The 26-year-old is obsessed with winning trophies and if he feels he cannot do so at Spurs, that the team are not learning lessons and moving forward, then there is the danger he will look towards a club in mainland Europe where he can achieve his ambitions, despite being under contract to 2024.

For now, the analysis centres on Pochettino’s complaint that his team are giving up too many chances; that they are too easy to play through, which was the case against Olympiakos, certainly in the first half. One of the problems, as Kane pointed out, was that the wide players were sucked towards the middle. Pochettino’s starting 4-2-3-1 system featured Davison Sánchez at right-back and Lucas Moura and Dele Alli on the sides of the midfield. All three are naturally more central players.

Olympiakos made inroads up the flanks, particularly through the impressive Daniel Podence and, although they did not create fistfuls of clear chances, there was the sense that they did not have to work too hard to get into dangerous areas. Pochettino put that down, in large part, to his players’ lack of fight; how they were, to paraphrase him, too passive.

“At half-time, the gaffer said the players needed to respect their positions more – whether it’s staying wider or not everyone coming in to try to get the ball,” Kane said. “We tried to do that. But I don’t think we did it particularly well all game, to be honest.

“I’m not quite sure how Olympiakos’s first goal happened; how they got through so easily. But especially away from home in the Champions League, you have to knit together, make sure you don’t concede one way or another – whether that’s being more compact, going a bit more direct and seeing out the clock or something else.

“Everyone now sees us as a team that can get to the final so we have to perform even better in high-pressure situations and high-pressure games. Teams are going to want to beat us and put that on their season. We’re still backing ourselves to win enough games and get through the group but it makes the game in a couple of weeks [at home to Bayern] important to win. Any time you’re 2-0 up away from home, especially in the Champions League, you expect to win. It feels like a loss.”

Fittingly, it was Didier Drogba who confirmed the news that most Chelsea fans had been hoping for. “He’s coming home,” wrote the […] 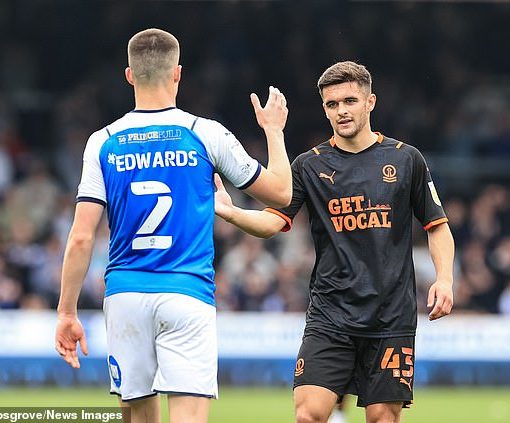 Jake Daniels, the first professional footballer in this country since 1990 to come out as gay, wants Monday’s landmark announcement to help […] 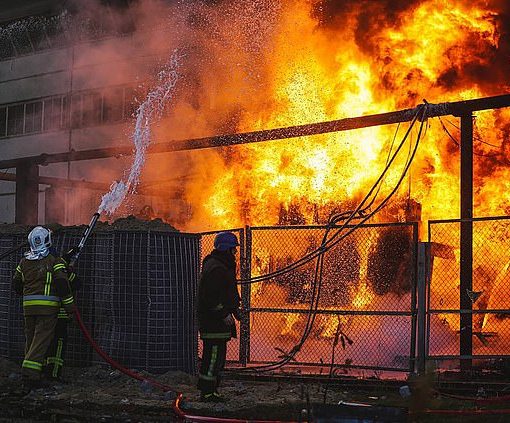 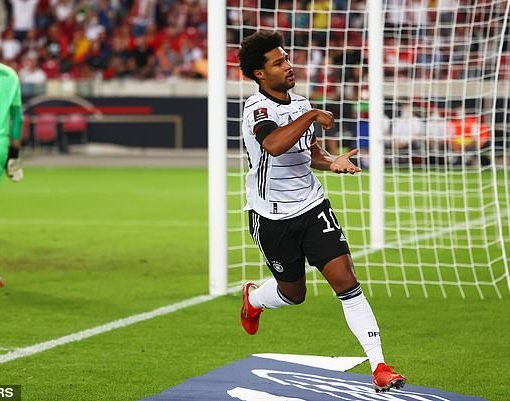