A New York teenager has been charged with the fatal stabbing of a 16-year-old boy whom bystanders filmed bleeding to death.

Tyler Flach, 18, is accused of second-degree murder in the deadly after-school brawl that broke out not far from the victim’s Long Island school.

Police said that most of the “50, 60, 70” kids who witnessed the attack on Khaseen Morris did nothing to stop it.

“Kids stood here and didn’t help Khaseen,” Lt Fitzpatrick said. “They would rather video this event.”

Police were called to a row of shops near Oceanside High School in Nassau County on Monday afternoon.

Mr Fitzpatrick said the fight, which took place outside a pizzeria, was a “pre-arranged dispute” over a girl.

Police say the main suspect and six or seven other assailants charged at Khaseen, who was unarmed.

The 16-year-old was taken to a local hospital where he died overnight from a single stab wound.

A second victim, a 17-year-old boy, was in hospital with swelling to his head and a broken arm.

According to authorities, many of the bystanders recorded Morris’ assault, posting footage to Snapchat and other social media platforms, but none intervened.

“They videoed his death instead of helping him,” Mr Fitzpatrick said of the teens looking on.

“This is a 16-year-old, he’s a child,” she said on Thursday. “There is nothing more horrific in our business than the murder of a child.”

The suspect is expected in court on Thursday. Police said he was previously arrested for possession of a controlled substance and assault.

Mr Flach’s lawyer told Newsday that his client “strongly maintains his innocence” and “took the responsible step of self-surrendering to eventually clear his name”.

If convicted, he could face up to life in prison.

According to local media, the suspect is an aspiring rapper who goes by the name “BabyTy”.

On a BabyTy music video uploaded to YouTube, comments have been disabled.

The thread had reportedly filled with angry posts about Khaseen’s death. 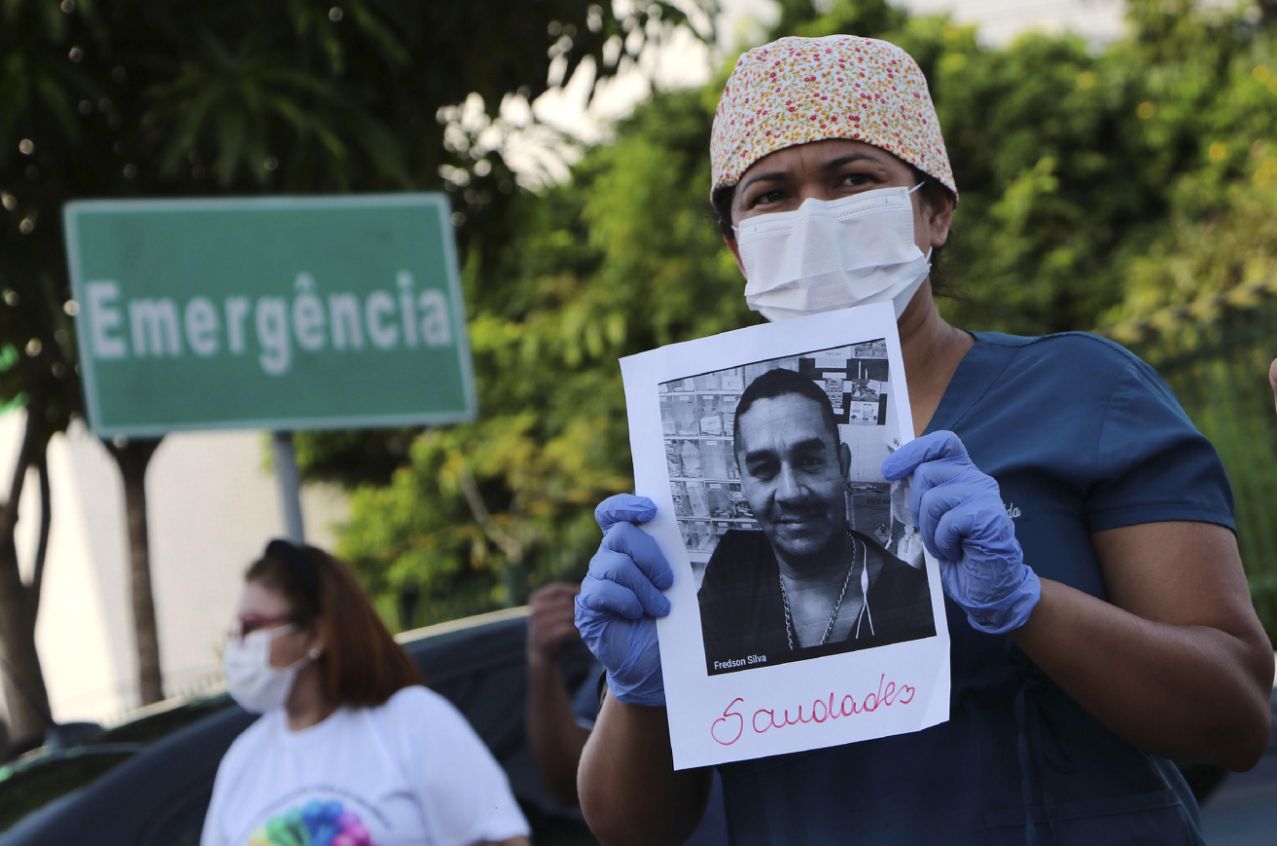 RIO DE JANEIRO (AP) — In Brazil’s bustling Amazon city of Manaus, so many people have died within days in the coronavirus […] Beijing (AFP) – China celebrates 70 years of Communist Party supremacy Tuesday with a parade of tanks, missiles and troops, a muscular […]