At first we found it hard to believe. Larry Nassar, the famous Olympic doctor, had been accused of sexually abusing young girls. We thought, What? Larry? No way. He was the good guy. The one who listened. The one who cared. Amid all the brutal coaching and training in gymnastics, he was our trusted friend.

It didn’t immediately register that he had abused us too. It took some time. It’s a strange feeling when you come to realize, as an adult, that you were abused as a child. Especially when the abuser is your doctor, the person who is supposed to have your best interests at heart. It was difficult to grasp that this had happened to us. As gymnasts, we had been taught to be tough.

We weren’t alone in our initial disbelief. Many women had a hard time coming to grips with the fact that he had abused them as children. He was a renowned doctor. He said he was doing a medical treatment. We trusted him.

The two of us grew up putting our faith in coaches and doctors. They were our world. We started gymnastics as toddlers, going to Mommy and Me classes with our mom in our hometown of Las Vegas. She encouraged us to try different sports – tennis, T-ball – but we loved gymnastics. We’re pretty close in age, and we progressed in the sport together. Our coach, Cassie Rice, was great. Her goal was to make us the best athletes – and the best people – we could be. That was more important to her than any awards.

By our early teens, we had climbed to the elite level of the sport. When we made the US national team, the training got toxic. We spent a lot of time at the Karolyi Ranch, the training center for the national team and Olympic team, based in Texas. We dreaded going there. The coaching was all negative – verbally and emotionally abusive. You weren’t allowed to be exhausted, to be human. If you got injured, the coaches made you feel useless, so everyone hid their injuries, taking medications to mask the pain. None of us had a voice. It was such an extreme environment, Aly Raisman once said she was scared to ask for a bar of soap.

Our parents weren’t allowed at the ranch. But Larry Nassar was there. He was always on hand for the training camps, and he became our best friend. We could go to him and be human. His training room was our safe place; the door would shut, and we would confide our problems. That’s how he drew us in.

For me, Tasha speaking here, the abuse started when I was fifteen, after an incident at the ranch. We were all doing the “oversplits”, in which you elevate one or both of your feet, forcing your body to go down deeper than the regular splits. Coach Bela Karolyi pushed me down too hard, but I held back my tears. I had just watched Bela shouting at Jamie Dantzscher, calling her a “baby”. The next day, limping from pain in my groin area, I got sent to Larry. He massaged and penetrated me with his bare hands, claiming it was a medical treatment that would loosen my muscles. I trusted him because he was a respected doctor, and I had known him for years. Also, in the world of gymnastics, you’re extremely isolated. I didn’t know about sexual abuse. And there’s no time for dating; I had no experience with boys or sex. None of us did.

It’s like a job, and if you make a misstep, you are highly aware that you’re replaceable – you are often reminded of that

When I was seventeen, I had an achilles injury that became so bad, I could barely walk. Larry made a generous offer: He said he could treat me at his home in Lansing, Michigan, for a week. Desperate to get back on my feet, I thought, Wow, as a top athlete, I’m getting the LeBron James treatment. I went and stayed with him, his wife, and his children for five days. They made me feel right at home. It was like staying with family, visiting a trusted uncle. He worked on me every day, either in his basement, where he kept a massage table and medical supplies, or at a training room at Michigan State University, where he also worked. He did an MRI, acupuncture, electrical nerve stimulation, ultrasound. Every session involved a massage. He would start at my achilles tendon and work his way up my leg, eventually penetrating me. He said, “Everything is connected,” claiming that applying pressure to one part of my body would help another. He performed this abusive “treatment” on me three times a day – morning, noon, and night.

Looking back, I remember hearing girls sometimes say, “Does Larry creep you out?” But we would all brush it off. The officials at USA Gymnastics, the governing body for the sport, taught us not to question, but to smile and pretend it was all rainbows and butterflies. We were expected to be the perfect, obedient athletes. It’s like a job, and if you make a misstep, you are highly aware that you’re replaceable – you are often reminded of that. When I got picked for the Olympic team in 2000, I felt grateful. I won an Olympic medal and felt I owed my success to USA Gymnastics.

More than a decade later, when the allegations of abuse made the news, I didn’t have a single second to process any of it. I had just finished law school and was studying for the bar exam while raising my first child. My husband, a pro basketball player, played overseas with his team, so I was on my own and had to stay focused. Finally, after I passed the bar, started a job at a law firm, and had my second child, I began looking back through my memories. It was mortifying to realize that I had been so manipulated. Me, the strong, impermeable African American athlete. I kept thinking, I should have known. I couldn’t see that the blame was on him, not me.

For me, Jordan speaking here, the abuse started when I was in my early teens and started training at the Karolyi Ranch, where I suffered injuries from the relentless pounding and repetitive stress, eventually leading to a major back injury. Because Larry was the Olympic doctor, I thought he must know the best medical techniques. I assumed his invasive procedure was something he did to treat my specific injuries – I never imagined that he did it to everyone. I had no clue that he gave Tasha the same “treatment”. We never talked about it.

Years later, when I first heard the allegations of abuse, I felt confused; I couldn’t imagine that Larry would hurt anyone. I was engaged to be married at the time, busy planning my wedding. It wasn’t until I started learning more details and connecting personally with other gymnasts that I began to realize, Wow, their stories sound very similar to mine. That’s when it all came to light. I felt disgusted. At first, honestly, I wanted to block it out. As the scandal kept growing, I went to Tasha and said, “You know, he touched me in a weird way too.” We were surprised that it had happened to each other. It was a hard conversation to have.

Now I’m a gymnastics coach, and I have an opportunity to help change the culture of the sport that allowed this abuse to go on for decades. Recently I sat down with the girls I coach, telling them, “If you ever feel uncertain about anything, speak up.” I want them to know that they can come to me and talk about what­ever they want, that they have a voice.

The adults we trusted as kids to keep us safe failed profoundly to protect us. We raise our voices now to help prevent such a travesty in the future.

This essay is adapted from the new book The Girls: An All-American Town, a Predatory Doctor, and the Untold Story of the Gymnasts Who Brought Him Down by Abigail Pesta. Copyright © 2019. Published by arrangement with Seal Press, an imprint of Hachette Book Group, Inc. Tasha Schwikert is a 2000 Olympic bronze medalist, a two-time national champion, and a graduate of UCLA, where she won many titles on the gymnastics team. Jordan Schwikert competed on the US national team from 2001 to 2002 and later on the UCLA team, where she was named Gymnast of the Year in her senior year in 2008. Abigail Pesta is a journalist whose investigative reporting has appeared in major publications around the world.

Earlier this week the Winter Olympic skating finals dished up one the most heartbreaking things you’ll ever see in sport. Zhu Yi […] 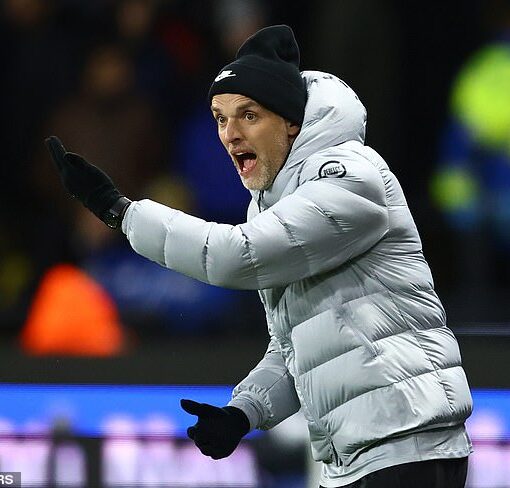