The Wi-Fi Alliance on Monday released certification standards for Wi-Fi 6 devices, signaling that the technology is ready for prime time.

“Wi-Fi 6 is the greatest advancement to WiFi in the last decade,” said Eric McLaughlin, general manager of Intel’s Wireless Solutions Group. “Wi-Fi Certified 6 ensures that products across the industry will live up to the full potential and deliver user experiences promised by Wi-Fi 6.”

Wi-Fi Certified 6 supports many devices with diverse demands — from those requiring peak performance in demanding enterprise environments to those requiring low latency and low power in smart homes or industrial Internet of Things settings.

“Wi-Fi Certified 6 is ushering in a new era of WiFi, building on WiFi’s core characteristics to provide better performance in every environment for users, greater network capacity for service providers to improve coverage for their customers, and new opportunities for advanced applications,” said Wi-Fi Alliance CEO Edgar Figueroa. “Wi-Fi Certified 6 will deliver improvements in connectivity, including in high-density locations and IoT environments.”

Wi-Fi 6 includes innovations to create faster network performance and to decrease the latency that can result from adding devices to a network.

OFDM breaks up a data stream across several narrowband channels at different frequencies to reduce interference and crosstalk. That allows for the more effective sharing of channels to increase network efficiency and lower latency for both uplink and downlink traffic in high-demand environments.

“It’s about 36 percent better, so the overall structure can be used more efficiently,” Wu told TechNewsWorld.

ODFM is one of several innovations in Wi-Fi 6 that should charm consumers. Others are multi-user MIMO, which improves support for concurrent users on the network; 1024-QAM (1024 quadrature amplitude modulation mode), which increases throughput in WiFi devices by encoding more data in the same amount of spectrum; and target wait time, which is designed to improve battery life.

“Customers can expect to see better overall network throughput and client density with enhancements like OFDMA, 1024-QAM and MU-MIMO that improve efficiency and parallel transmissions,” observed Christian Gilby, director of product marketing at
Mist, a Jupiter Networks-owned IT infrastructure company in Cupertino, California.

For power-sensitive devices like IoT, target wait time has the potential to boost battery life by up to seven times,” he told TechNewsWorld.

Those benefits can be realized only if the devices on the network support Wi-Fi 6.

“A lot of devices aren’t upgraded yet to Wi-Fi 6 clients,” Wu said, “so most people won’t see any improvement on their current devices.”

WPA3 is the latest security standard for WiFi networks released by the Wi-Fi Alliance. The new standard offers several improvements over its predecessor WPA2. For example, it requires encryption of communication on public networks, like those at airports and coffee shops.

It also makes it tougher to crack a password with a brute force attack, and it’s easier to set up security with devices that have limited or no display interface.

However, serious flaws already have been discovered in the WP3 protocol, which make it less resistant to password-guessing attacks than its authors originally envisioned.

“In light of our presented attacks, we believe that WPA3 does not meet the standards of a modern security protocol. Moreover, we believe that our attacks could have been avoided if the Wi-Fi Alliance created the WPA3 certification in a more open manner,” Mathy Vanhoef, a postdoctoral researcher at New York University Abu Dhabi, and Eyal Ronen, a postdoctoral researcher at Tel Aviv University and KU Leuven, wrote in a paper published this spring.

The Wi-Fi Alliance made recommendations for countermeasures to address the researchers’ findings, but in August, Vanhoef and Ronen found a new set of weaknesses spawned by the recommended countermeasures.

Neverthless, WPA3 is being praised as an improvement over the existing protocol.

“We’ll support WPA3 as a software update to all our routers later this year,” Wu said. “That’s something that we feel will increase the security of the overall network.”

Made for Mesh Nets

Another plus of Wi-Fi 6 is it’s designed for mesh networks, observed Roger L. Kay, president of Endpoint Technologies Associates in Wayland, Massachusetts.

“In the home, that’s going to be very good,” he told TechNewsWorld.

As WiFi uses higher-frequency signals, the penetration and distance of those signals is reduced, so repeating signals throughout the home becomes more important.

“With a mesh network, instead of buying one router, you can buy four and chuck them around your home where they can identify each other and set themselves up as a network and move information around in the most intelligent ways possible,” Kay said.

Although the Wi-Fi Alliance has opened the gate for new Wi-Fi 6 devices to start entering the market, it isn’t a floodgate.

“Having been through multiple standards transmissions in the past 20 years of WiFi, the main driver for mainstream adoption is the client devices,” Mist’s Gilby said.

“They are tied to the dependencies of both technology availability and the multiyear refresh cycles of devices and infrastructure,” he explained.

“It will likely take one to two years until Wi-Fi 6 deployments accelerate across most customers,” Gilby predicted, “and initially we expect to see early deployments primarily in selected verticals, such as higher education, which has very high device densities and tends to be risk-averse to new technology cycles.” 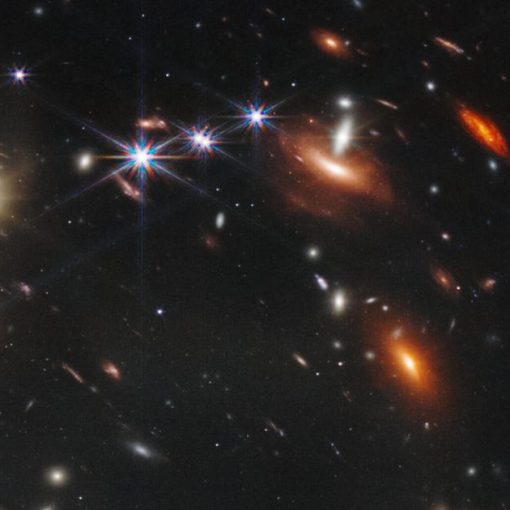 We finally have it: Our highest-resolution infrared image of the cosmos. It’s beautiful.  On Monday, President Joe Biden and Vice-President Kamala Harris […] 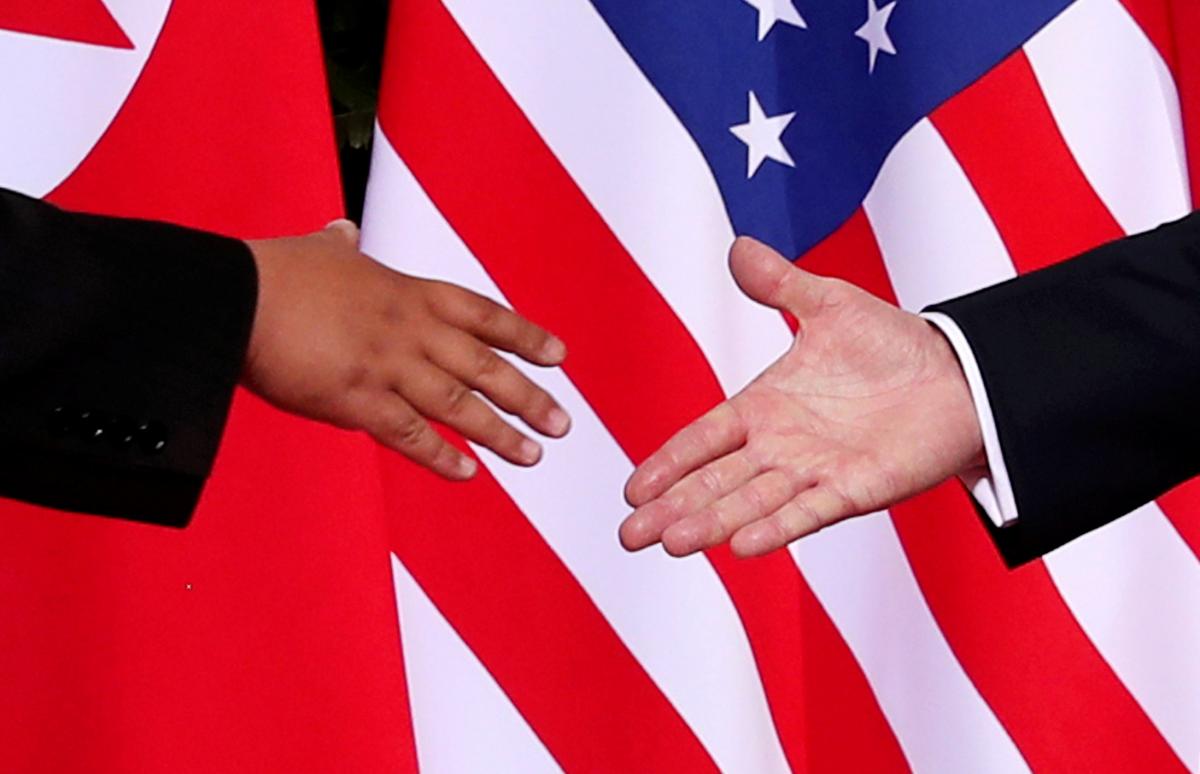 WASHINGTON/SEOUL (Reuters) – The United States on Thursday imposed sanctions on a China-based tech firm, its North Korean CEO and a Russian […] 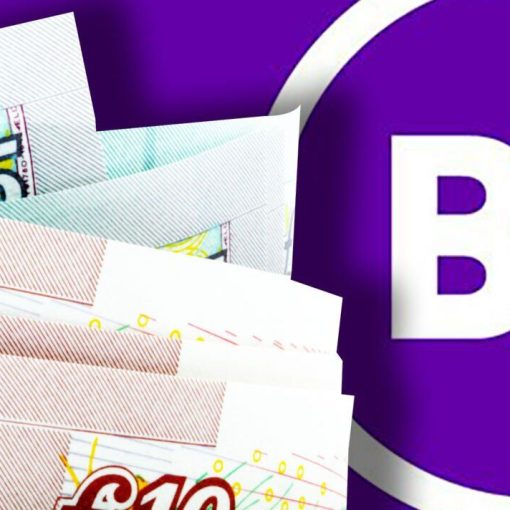 Anyone who uses BT broadband might want to consider making a very simple change to their account. The broadband firm’s popular Plusnet […] 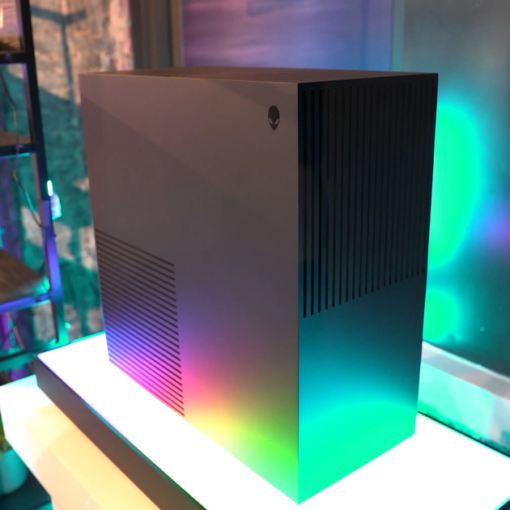 The big black box is the Nyx server.  Dell This story is part of CES, where CNET covers the latest news on […]