JERUSALEM (AP) — Israel is holding the country’s 22nd parliamentary elections on Tuesday, with over 6.3 million people eligible to cast ballots. Coming on the heels of April elections, it is an unprecedented repeat vote largely seen as a referendum on long-seated Prime Minister Benjamin Netanyahu.

Here is a closer look at what to expect:

The vote marks the first time the country has held elections twice in one year. The do-over election was triggered after Avigdor Lieberman, a former Netanyahu ally, refused to join his coalition last April, accusing the prime minister of giving ultra-Orthodox religious parties too much power. That decision left Netanyahu one seat short of a parliamentary majority.

Instead of allowing a rival the chance to form a coalition, Netanyahu dissolved parliament and forced a new election.

Netanyahu, who has been prime minister for over a decade, is seeking what would be his fifth term overall, including an earlier stint in the 1990s. In July, Netanyahu secured a place in history as the longest-serving prime minister, surpassing Israel’s founding father David Ben-Gurion. He faces tough opposition from his former army chief of staff, Benny Gantz, whose new Blue and White party seeks to replace Netanyahu’s long-dominant Likud.

The three-month campaign has focused much more on personalities than issues. Netanyahu has tried to portray his opponent as weak and inexperienced. Gantz has tried to capitalize on a series of corruption investigations. The attorney general has recommended bribery and breach of trust charges against Netanyahu. The prime minister, who denies any wrongdoing, is expected to be formally charge after a hearing before the attorney general next month.

All 120 seats in the Knesset, Israel’s parliament, are up for grabs. Some 30 parties are competing, including the large front-runners, ultra-Orthodox religious parties, Arab factions and fringe movements.

But only a handful are expected to garner the 3.25% of the vote necessary to break the electoral threshold and earn the minimum four seats in parliament.

Israeli elections tend to have robust turnout. Election day is a national holiday, a measure aimed at encouraging participation.

In April’s election, turnout was about 69%, slightly below the 72% figure in the previous election in 2015.

But turnout in the minority Arab sector was just below 50%. Many Arab voters boycotted the vote to protest divisions within the Arab political leadership as well as anger toward Netanyahu, whom they accuse of incitement.

Arab leaders have joined together on a joint list for this election, hoping to boost turnout.

No Israeli party has ever won an outright majority, which forces the larger parties to form blocs with smaller allies.

After the election, Israel’s president will meet with party heads and select the party he believes is most capable of forming a coalition. That party, which is usually but not always the largest faction, then has four weeks to form a coalition. A new government will be given a four-year term, but disagreements between coalition parties often result in early elections.

If there is a repeat of April’s results, Likud and Blue and White could both struggle to form a coalition with their allies and instead be forced into a unity government.

On a hot November morning, Bijoya sits huddled among a group of young girls chatting in the small room of a guesthouse, […] 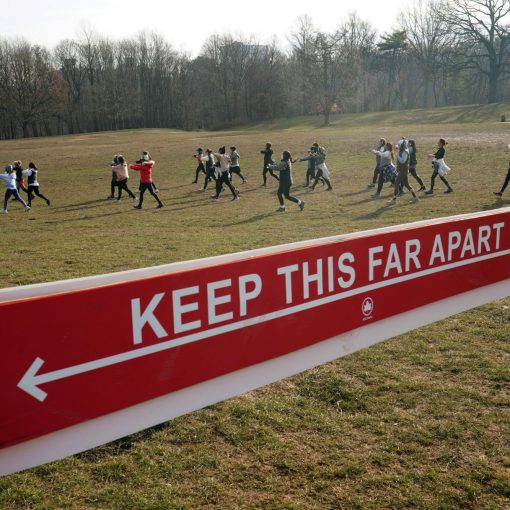 NEW YORK (AP) — Oases in the best of times, New York City’s parks have served as essential refuges through the hard […]