DUBAI, United Arab Emirates (AP) — The assault on the beating heart of Saudi Arabia’s vast oil empire follows a new and dangerous pattern that’s emerged across the Persian Gulf this summer of precise attacks that leave few obvious clues as to who launched them.

Beginning in May with the still-unclaimed explosions that damaged oil tankers near the Strait of Hormuz, the region has seen its energy infrastructure repeatedly targeted. Those attacks culminated with Saturday’s assault on the world’s biggest oil processor in eastern Saudi Arabia, which halved the oil-rich kingdom’s production and caused energy prices to spike.

Some strikes have been claimed by Yemen’s Houthi rebels, who have been battling a Saudi-led coalition in the Arab world’s poorest country since 2015. Their rapidly increasing sophistication fuels suspicion among experts and analysts however that Iran may be orchestrating them — or perhaps even carrying them out itself as the U.S. alleges in the case of Saturday’s attack.

“Iran can count on public skepticism to afford it some deniability under any circumstances, but an attack of this magnitude stands a much greater chance of provoking very severe diplomatic and military consequences,” warned Michael Knights, a senior fellow at The Washington Institute for Near East Policy.

For its part, Iran only claimed one attack during this period, the shootdown of a U.S. military surveillance drone it alleges entered its airspace on June 20. It publicly gave medals to the paramilitary Revolutionary Guard members who manned the anti-aircraft battery that downed the drone. It separately has acknowledged seizing oil tankers, the most-prominent one the British-flagged Stena Impero on July 19.

However, the attacks on the oil tankers and the Houthi-claimed assaults on Saudi Arabia’s oil infrastructure would match up with previous incidents blamed on Tehran. Experts describe Iran as relying on so-called nonattributable attacks, when blame is difficult to assign given the circumstances.

The reasons for this are severalfold. Since its 1979 Islamic Revolution, Iran has been unable to purchase sophisticated weapons from the West like its Gulf Arab neighbors. Its air force remains replete with pre-revolution, American-made F-4s, F-5s and F-14s, as well as Soviet fighter jets. The U.S. Navy sank half of Iran’s operational fleet in a one-day naval battle in 1988 amid the so-called “Tanker War.”

While it has built its own missile arsenal, experts say Iran’s armed forces would suffer in a head-to-head military confrontation. Launching attacks that can’t be easily linked back to Tehran limits the chance of direct retaliation.

Separately, Tehran has worked to grow a network of proxy forces in the Mideast. Iran backs the Lebanese militant group and political party Hezbollah, which offers it a way to pressure Israel, a longtime foe in the region. Iran has worked to do the same with the Houthis, members of a Shiite Zaydi sect who seized the capital, Sanaa, in September 2014. Attacks claimed or attributed to these groups may have involved Tehran directly or indirectly, analysts say.

Those who allege Iran’s involvement point to the timing of the attacks coinciding with key moments in the unraveling of Iran’s 2015 nuclear deal with world powers, which President Donald Trump unilaterally withdrew the U.S. from on May 8, 2018. That sparked a U.S. sanctions campaign that has cut off much of its oil exports from the international market, amid promises by Iranian officials that no one would be able to export oil from the region if Tehran couldn’t.

A year to the day Trump withdrew from the nuclear deal, Iran warned it would begin enriching its uranium closer to weapons-grade levels. Four days later, on May 12, the first mysterious attacks struck oil tankers off the Strait of Hormuz. Two days after that, the Houthis said they struck Saudi Arabia’s crucial East-West Pipeline in a drone attack.

As Iran’s Supreme Leader Ayatollah Ali Khamenei met Japanese Prime Minister Shinzo Abe who carried a message from Trump on June 13, a Japanese oil tanker and another vessel came under attack. A video later released by the U.S. military appeared to show Iranian forces removing a magnetic bomb, known as a limpet mine, from the Japanese vessel, something never explained by Iran. The Guard shot down the U.S. drone on June 20.

Saturday’s attack on Saudi Arabia came after Iran further stepped away from the nuclear deal and ahead of the United Nations General Assembly later this month amid speculation of a possible meeting there between Trump and Iranian President Hassan Rouhani. Iran’s supreme leader, Ayatollah Ali Khamenei on Tuesday squashed the idea of any Trump-Rouhani talks.

Satellite images of the attacked Saudi sites released by the U.S. afterward show damage done largely in a northern direction at the sites. If any attack had come from Yemen, the southern sides the structures would have been damaged, U.S. officials say. To the north across the Persian Gulf lies Iran and Iraq, where Iranian-backed Shiite militias operate. Iraq has denied that the attack came from there. Kuwait, which sits between Iraq and Saudi Arabia and is close to western Iran, separately has acknowledged investigating reports of a drone or low-flying object speeding over the oil-rich country early Saturday just before the Saudi attack.

U.N. investigators have said the Houthis’ new UAV-X drone likely has a range of up to 1,500 kilometers (930 miles). That in theory could put the plant and the oil field struck Saturday in range. The U.N., Gulf Arab nations and the U.S. accuse Iran of supplying arms to the Houthis, something Tehran denies.

But Houthi drones typically detonate in the air or when they slam into a target, spraying out shrapnel like buckshot. The Houthis have used their drones in attacks this way in the past, with one captured on video in January exploding over a crowd at a military parade.

The images from Saturday’s attack, however, show precise, deeply penetrating hits on structures at the oil processing facility.

“Previous Houthi drone strikes against oil facilities tended to result in quite limited damage which could be an indication that a different weapons system was used this time,” said Fabian Hinz, a researcher at the James Martin Center for Nonproliferation Studies at the Middlebury Institute of International Studies in Monterey, California.

As authorities probe the Saudi attack, they’ll rely on forensic examination of the weapons used to determine what actually struck the site. That, coupled with specifics on damage, may allow investigators to more firmly assign blame in just the latest murky attack in the region.

EDITOR’S NOTE — Jon Gambrell, the news director for the Gulf and Iran for The Associated Press, has reported from each of the Gulf Cooperation Council countries, Iran and other locations across the world since joining the AP in 2006. Follow him on Twitter at www.twitter.com/jongambrellAP . 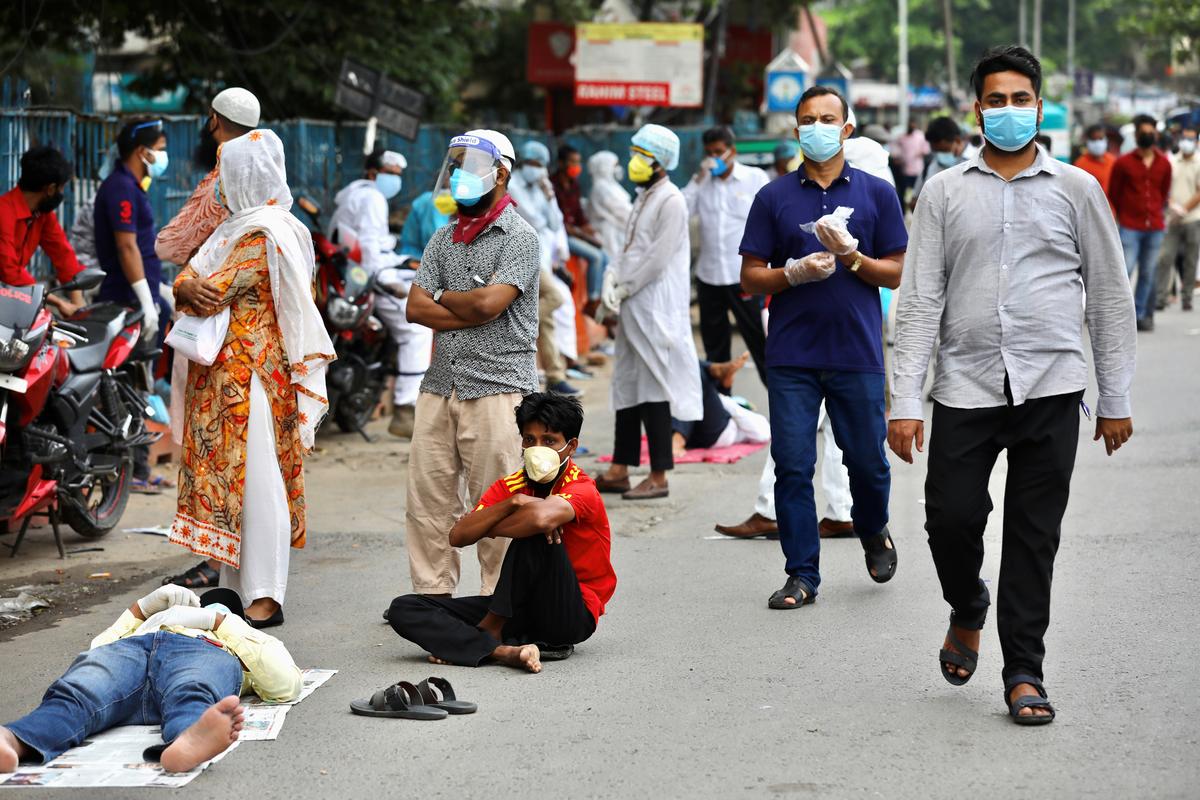 People wait in the queue outside of a coronavirus testing center amid concerns over coronavirus disease (COVID-19) outbreak in Dhaka, Bangladesh, May […] 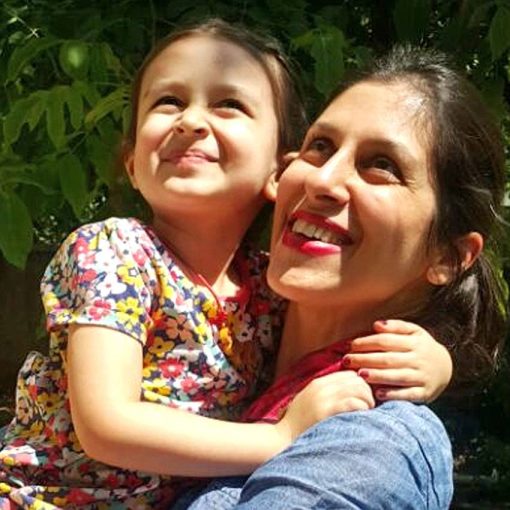 Detained British-Iranian mother Nazanin Zaghari-Ratcliffe has been freed after nearly six years and is returning to Britain, it was confirmed today as […] 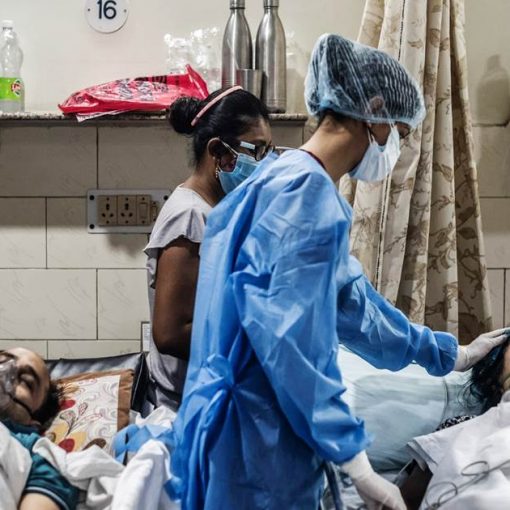 After a concerning call with his mother in New Delhi about the gravity of the Covid-19 crisis in India, Priyank Lathwal said […] 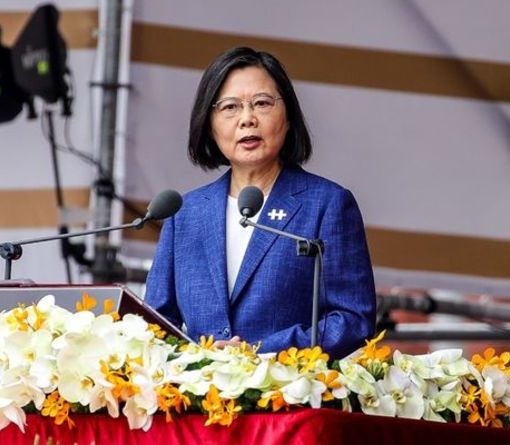 Democratically ruled Taiwan, claimed by China as its own territory, has complained of stepped-up military and political pressure from Beijing to force […]