Antonio Brown caught a 20-yard touchdown pass in his debut for the New England Patriots, and they scored twice on interception returns in a two-minute fourth-quarter span Sunday to beat the Miami Dolphins 43-0.

Brown also made an 18-yard catch on his first play for the Patriots, who signed him on Monday. He finished with 56 yards on four receptions, all in the first half. The NFL allowed the four-time All-Pro receiver to play despite a civil lawsuit filed last week by his former trainer accusing him of sexually assaulting her on three occasions.

New England’s defense outscored Miami with interception returns for touchdowns of 54 yards by Stephon Gilmore and 69 yards by Jamie Collins Sr. The Patriots totaled seven sacks and four interceptions and earned their most lopsided win in the 108-game history of the series. Tom Brady threw for 264 yards and two scores for the Pats, who are 2-0 for the first time since 2016, winning by a combined score of 76-3. The Dolphins are 0-2 for only the second time since 2012, with their losses by a combined score of 102-10.

Dak Prescott carved up the Washington defense with his arm and his legs, completing 26 of 30 passes for 269 yards and three touchdowns and rushing for 69 yards in a 31-21 Dallas Cowboys victory to improve to 2-0.

A week after putting up a perfect 158.3 QB rating, Prescott responded from an interception to lead Dallas on consecutive touchdown drives of 97, 83 and 75 yards. He’s the first Cowboys quarterback to compile seven touchdown passes in the first two games of the season since Don Meredith in 1966.

On the verge of a contract extension that’s expected to guarantee him over $30m, Prescott connected with three receivers on the touchdowns: Devin Smith, Jason Witten and Amari Cooper. Less than two weeks removed from ending his holdout and agreeing to a $90m, six-year deal, Ezekiel Elliott had his workload increased to 23 carries for 111 yards and ran for a touchdown.

Josh Allen ran for a touchdown, threw for another, and the Bills claimed the bragging rights of New York with a 28-14 victory over the Giants.

Buffalo have their first 2-0 start since 2014 and only the third in 11 mostly fruitless years. Devin Singletary scored on a 14-yard run and Frank Gore iced the game with a one-yard plunge into the end zone with 5:53 to play as the Bills completed the New York/New Jersey sweep at MetLife Stadium. They beat the Jets last weekend.

Allen finished 19 of 30 for 253 yards in becoming Buffalo’s first quarterback to pass for 200 or more yards in seven straight games since Hall of Famer Jim Kelly in 1992.

The Green Bay Packers held on to beat the visiting Minnesota Vikings 21-16.

Aaron Rodgers threw for 209 yards and two touchdowns, with 151 yards and both touchdowns coming in the first half. Aaron Jones rushed for 116 yards for the Packers, who improved to 2-0 under coach Matt LaFleur.

Dalvin Cook rushed for 154 yards, part of a 198-yard rushing performance for the Vikings, but quarterback Kirk Cousins threw two interceptions – including a killer on first-and-goal in the fourth quarter for the Vikings.

After losing 12 yards on offense in the first quarter of last week’s season-opening victory at Chicago, Green Bay blazed out of the gates to take a 21-0 lead 15 minutes, 40 seconds into the game. Green Bay’s first three possessions ended with a 15-yard touchdown pass on a screen to running back Jamaal Williams, a leaping 12-yard touchdown catch by receiver Geronimo Allison and a two-yard touchdown run by Aaron Jones.

Russell Wilson threw for three touchdowns, including a 28-yard rainbow to DK Metcalf midway through the fourth quarter, and the Seattle Seahawks held off the Pittsburgh Steelers 28-26.

The Steelers lost starting quarterback Ben Roethlisberger to a right elbow injury late in the first half and fell to 0-2 for the first time since 2013 despite solid play from backup Mason Rudolph, who threw a pair of second-half touchdown passes to Vance McDonald in relief. Roethlisberger began flexing his right arm after an incompletion late in the second quarter. He stayed in to finish the drive before jogging to the locker room. When the 37-year-old QB emerged for the second half, he was wearing a white cap while Rudolph, taken in the third round of the 2018 draft, took the first meaningful snaps of his career.

Lamar Jackson threw for 272 yards and two touchdowns, ran for 120 yards and helped the Ravens beat the Cardinals 23-17 in a showdown between two of the league’s most exciting young quarterbacks.

After achieving a perfect passer rating and throwing five TD passes in a season-opening 59-10 rout of Miami, Jackson wasn’t quite as sharp through the air but far more effective with his legs. He ran 16 times (including two kneel-downs at the end), juking and twisting past defenders for key gains especially when the Cardinals were dropping back on passing situations. The 2016 Heisman Trophy winner outdid the 2018 Heisman winner, Arizona rookie quarterback Kyler Murray, who went 25 for 40 for 349 yards but fell short of carrying the Cardinals to a second straight fourth-quarter comeback.

Jimmy Garoppolo tied his career high with three touchdown passes, and the San Francisco 49ers completed a sweet and satisfying week in the Buckeye State with a 41-17 victory over the Cincinnati Bengals that left them unbeaten for the long flight home.

Rather than return to the West Coast after their opening 31-17 win in Tampa Bay, the 49ers headed to Youngstown, Ohio, where they worked out on a soccer field, enjoyed a local ice cream shop and rested at a Holiday Inn. Then they started their trek west with a resounding and notable win.

Another quarterback, another victory for the Colts against the Titans. Jacoby Brissett became the latest Indianapolis quarterback to top Tennessee, throwing a four-yard touchdown pass to TY Hilton with 4:38 left to lead the Colts to a 19-17 victory in the Titans’ home opener.

Brissett had come up empty for Indianapolis against Tennessee, losing both games he started against the Titans in 2017. After Andrew Luck retired with a perfect 11-0 record against the Titans, Brissett picked up right where Luck left off. He passed for 146 yards and three TDs. The Colts also sacked Marcus Mariota four times on a day when Adam Vinatieri, the NFL’s oldest player and career scoring leader, missed two extra points.

Justin Reid stopped Leonard Fournette on a two-point conversion attempt with 36 seconds left, and the Houston Texans held on to edge the Jacksonville Jaguars 13-12.

Houston led by seven in the fourth quarter when Jacksonville rookie Gardner Minshew led a long drive that included an 18-yard run on fourth-and-10, and he capped it with a four-yard TD pass to DJ Chark.

Instead of trying to tie it with an extra point, Jaguars coach Doug Marrone opted to go for the potential win by having Fournette attempt to run it in for the two-point conversion. But the big running back was stopped by Reid. The play was upheld by video review, giving the Texans the victory.

Matthew Stafford threw a go-ahead, 31-yard touchdown pass to Kenny Golladay midway through the fourth quarter and Darius Slay made an interception in the end zone with 1:03 left, allowing the Detroit Lions to beat the Los Angeles Chargers despite a slew of mistakes.

Detroit overcame Stafford’s two interceptions, Slay giving up a lot of receptions and Matt Prater missing an extra point and a field goal. The Chargers were in a position to attempt a 45-yard field goal to tie the game, but Philip Rivers tried to force a pass to Keenan Allen and Slay picked it off. 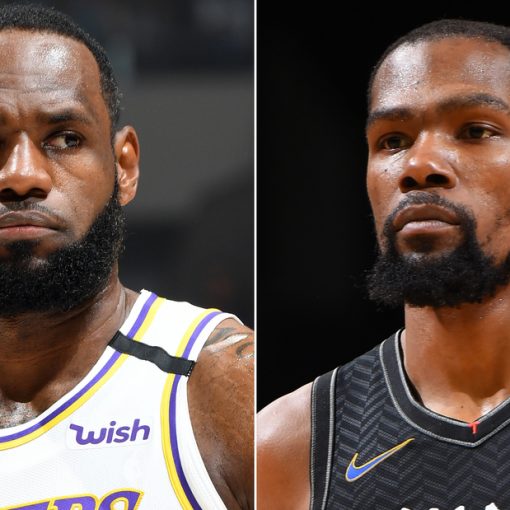 But in 2021, like many other things in life, the NBA All-Star Game will be a little different. Only a very limited […] 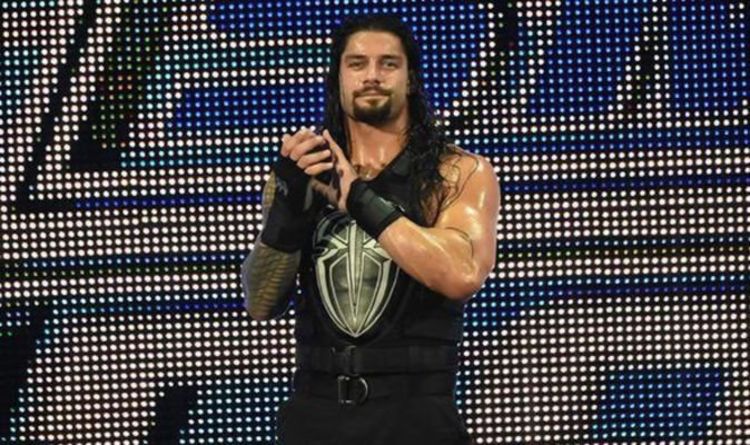 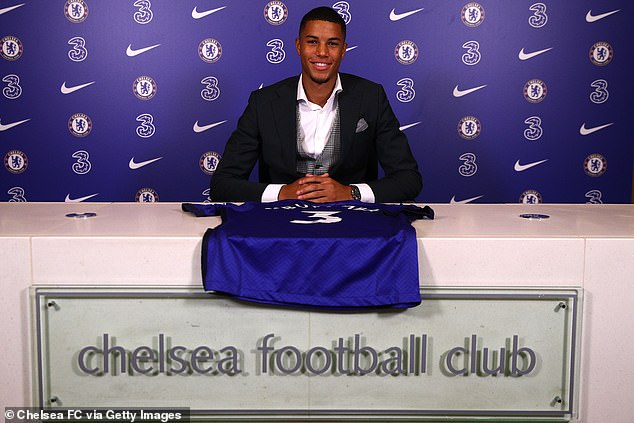 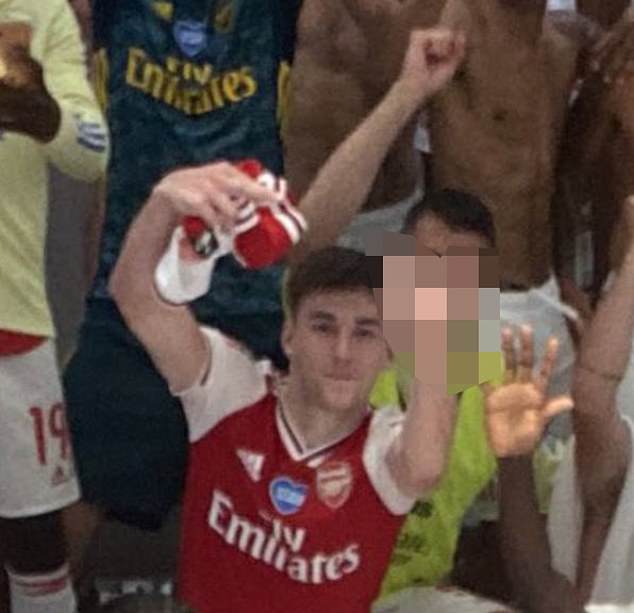 ‘Didn’t realise this was getting posted. Was a joke with the kitman’: Kieran Tierney apologises after cheeky middle finger gesture was caught […]