With a record number of women in the fight for the White House, it’s time to re-examine what role – if any – gender biases may play in the 2020 election.

It’s been a groundbreaking year for women in US politics: 1,834 women won office at the state and federal level during the mid-term elections last November and 2,112 are serving in state legislative offices .

The year 2018 saw the largest increase in female representation in state governments following a decade of stagnation, according to the Center for American Women in Politics (CAWP) at Rutgers University.

Six women have launched campaigns for the highest office in the land.

Women have vied for the Oval Office in the past – Hillary Clinton and Carly Fiorina in 2016, Shirley Chisholm, the first black woman to run, in 1972, back to Victoria Woodhull in 1872, to name a few – but 2018 has seen more candidates than ever before.

Each presidential hopeful must prove they are the best fit for the job, regardless of gender. But some argue the women are up against something more: unconscious biases that have long coloured our understanding of who a leader can be.

Women must battle expectations about their gender

“We all constantly form stereotypes based on what we observe – and we’re not thinking about forming them, so they lie a bit below the surface… that’s the implicit part,” says professor Alice Eagly, a gender psychology professor at Northwestern University, Illinois.

Bias comes into play when we make assumptions about people based on those unconscious stereotypes. Other stereotypes – like racial biases – also play a role in informing our opinions. Gender, however, comes with especially defined stereotypes.

“How many observations of men and women do you get in one day? Many thousands! We automatically take in that information to decide what are the [gender] characteristics,” Prof Eagly says.

“We have certain expectations of gender roles, how women should act, what traits they have, and then we have expectations of what leaders look like, what are their traits, areas of expertise,” Prof Dittmar explains.

“And for women, the congruity between the gender expectations and the candidacy expectations have been in conflict for much of our history.”

The theory proposes that when women take on leadership roles that go against gender role norms, they are perceived less favourably than men as leaders, and their actions too are criticised.

All of which could make it more difficult for women to achieve success in leadership positions – or even obtain them in the first place, according to Prof Eagly’s research.

Electability: it’s a term that’s been whipped out time and time again with candidates who don’t quite fit the mould. Regardless of platform or experience, electability can be elusive.

“Women just have to work doubly as hard as the male candidates to attract and retain voters,” says Kim Churches, CEO of the American Association of University Women, a non-profit organisation that works to empower women by analysing gender disparities and advocating for public policy changes.

But political science professor Kathleen Dolan of the University of Wisconsin Milwaukee takes a different view.

Prof Dolan surveyed over 3,000 people before and after the 2010 and 2014 mid-term elections, asking about their politics, views on candidates, and questions to measure their gender stereotyping. Half of those surveyed experienced elections where men ran against women.

“There’s less evidence that people hold what we think of as classic gender stereotypes,” Prof Dolan says of the political landscape post-2010. And among people who did hold gender stereotypes, Prof Dolan found those beliefs “made almost no impact on their choice when they were faced with a woman or a man candidate”.

Prof Dolan says her research found that political party affiliation, incumbency and experience were better indicators of an election winner.

However, gender may still play a role in determining how a candidate campaigns. Prof Dittmar believes women have to prove their ability in a way men do not.

“If women come forward without concrete plans, we know from research that their competency is going to be questioned in a way that’s different from men. There’s an assumption of competency and qualifications for men, especially white men, that isn’t there for women. So that changes how they approach the campaign.”

The ‘Hillary standard’ – and the standard for everyone else

In 2016, criticisms of shrillness, bossiness, and coldness dogged Hillary Clinton. (Donald Trump said she lacked stamina and strength during one of their debates, which Prof Dittmar accurately predicted as a coded way to highlight gender stereotypes.)

And any political baggage seemed to weigh heavier. The former secretary of state once told 60 Minutes she often felt that “there’s the Hillary standard and then there’s the standard for everybody else”.

While some noted this sounded like a way to brush aside her controversies, others wrote that as a woman, Mrs Clinton was held to a higher standard. At the time, former US diplomat Madeleine May Kunin wrote an op-ed for the Boston Globe titled: If you’re female and running for president, you better be perfect.

For Prof Dolan, what she has seen appears to be mostly “episodic”.

“They are largely individual incidents [that] we can point to and we can say, ‘this woman candidate was treated badly for some reason and we know it’s sex’,” Prof Dolan says. “That may or may not be true in any individual case.”

AAUW’s Ms Churches recommends re-evaluating any decisions on likeability – political or otherwise – with an open mind.

“If you just don’t like her, would you say the same if she were male? Try and flip it in your head. ‘Is this my own bias about who I think a woman should be versus a man?”https://www.bbc.co.uk/”

“The good news is more humans say they’re willing to vote for a woman for president – in theory,” says Ms Churches. “In practice, it’s trickier because of implicit biases among other barriers.”

But this election cycle has already given voters the chance to see a diverse group of women on the presidential stage, debating each other, which both Prof Dittmar and Prof Dolan say helps differentiate women as more than monolithic.

“We assume men will have different positions but for a long time, and even today, there’s a strong assumption that women share the same belief systems and priorities,” Prof Dittmar says.

“So, to me, that’s what stood out [from the last debate]. We’ve made progress because we have women debating.”

And Prof Dolan says she has not seen the kind of “gendered interplay” that was a feature of the Trump-Clinton debates so far.

“The range of women has maybe in some ways muted the idea of treating a woman as a woman because there are so many,” she says. “[It] gives people a good opportunity to see women leadership take different forms.”

In her conversations with consultants and candidates over the last year, Prof Dittmar says there were pre-debate concerns about gender differences. Mostly, male candidates were “cognizant of not being viewed as bullying or dismissive of women”.

Prof Dolan points out that while there has been progress women remain underrepresented.

“Until we figure out ways to get more women to run, it’s only going to be incremental change in their representation. From my perspective, that’s the biggest challenge – getting more women candidates in front of voters.”

And truly increasing representation will be key when it comes to biases.

“What we observe has to change,” Prof Eagly explains. In one study she conducted, she found that the notion of men as the more assertive sex failed to change from 1946 to 2018 because women were still largely missing from competitive roles.

“We don’t just change our ideas because someone tells us we have stereotypes – because we aren’t aware of them,” she says. “We have to have the evidence. An important form of evidence would be a female president, because we’d see that person all the time.”

On a small level, Ms Churches is already seeing some of those changes.

“My 11-year-old thinks it’s normal that women are running for president,” she says proudly. 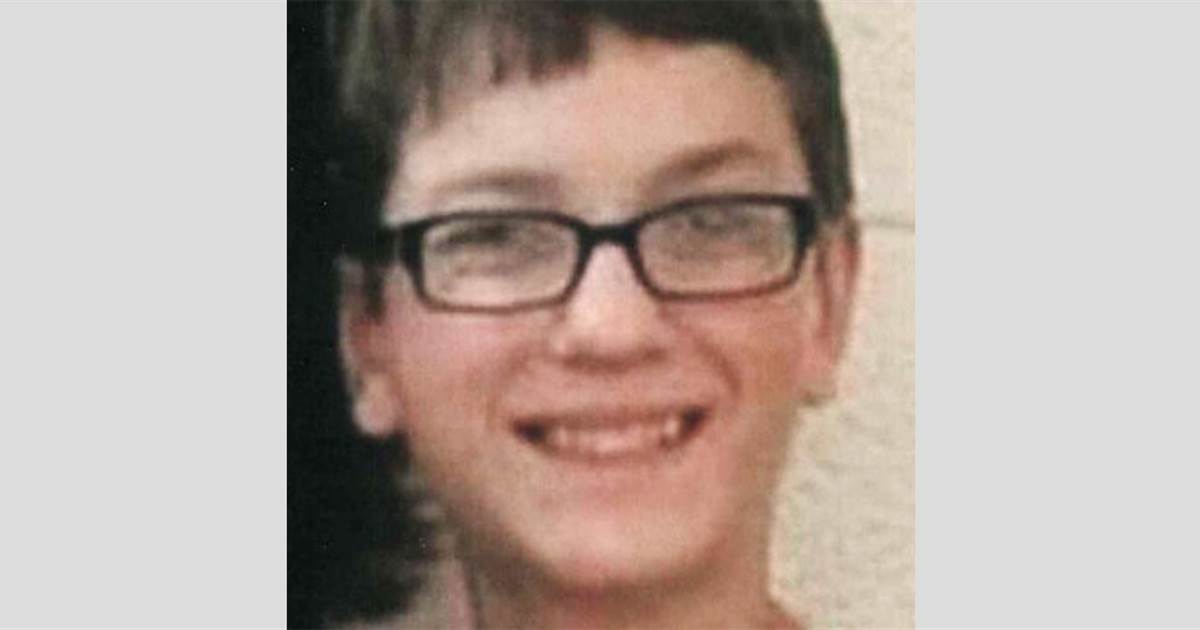 A small Ohio town is rallying around the family of a missing 14-year-old boy, sparing no resources to find the teen who […] 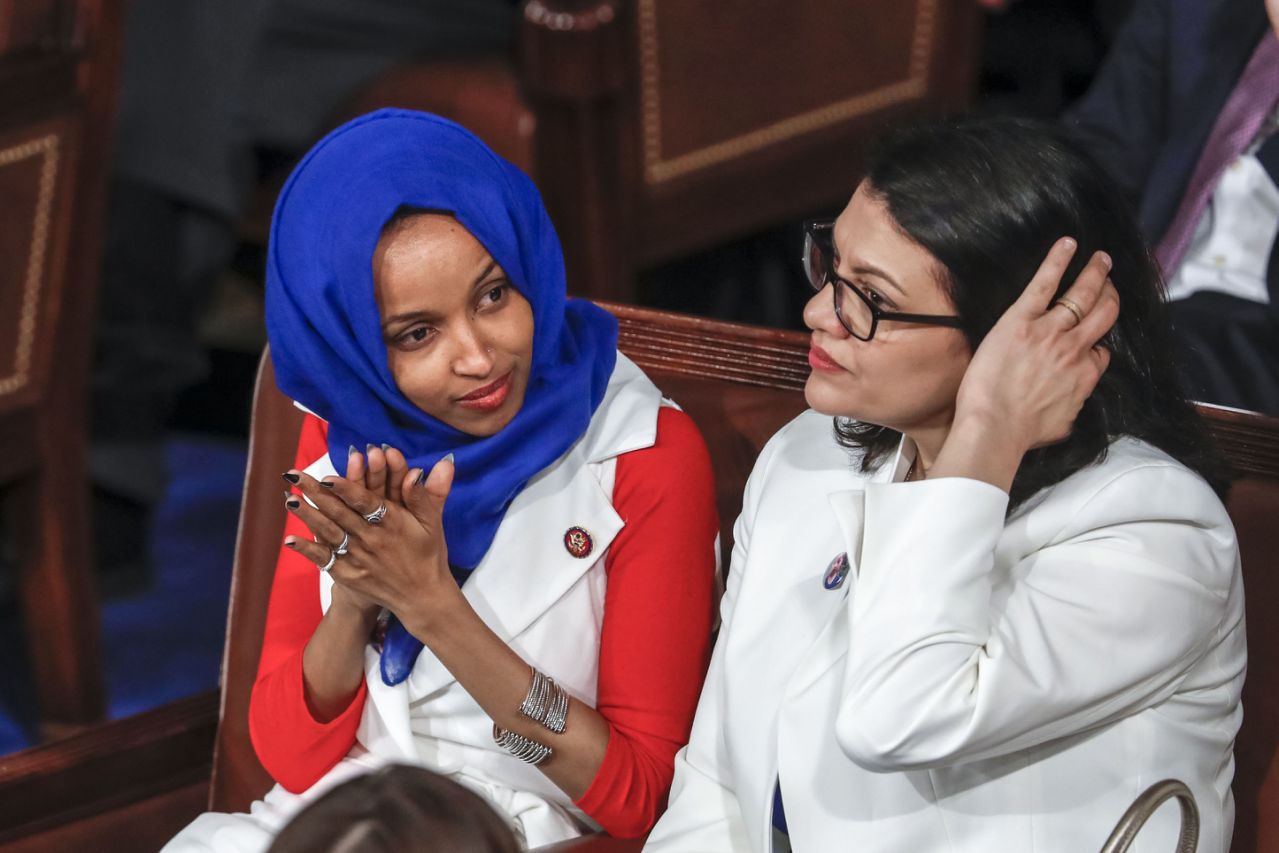 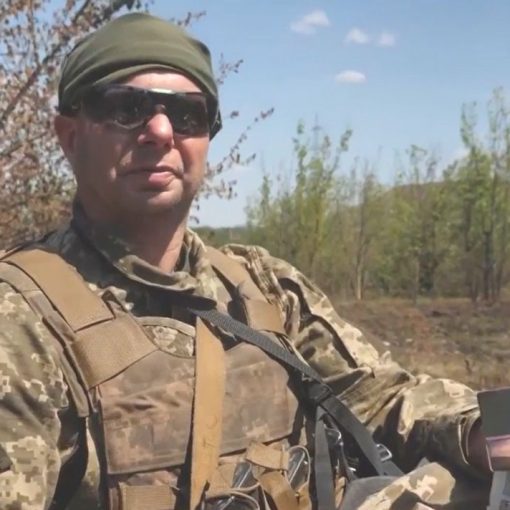 Ukrainian soldiers defending from the Russian invasion have revealed the scene of a humiliating defeat for Putin’s military. In a failed attempt […]