Fitbit’s newest watch, the Versa 2, has Amazon’s Alexa assistant onboard. In many ways, that’s its most memorable addition. I’ve been living with a Versa 2 on my wrist for the past couple of weeks, seeing how I feel about it. I loved the first Versa for its variety of weird and sometimes-great watch faces, and how it doubled as a solid fitness tracker in Fitbit’s excellent social fitness ecosystem. But the competition has heated up: Samsung’s recent watches are more affordable and feature-packed than ever. The Apple Watch keeps improving. Garmin’s wide variety of watches have GPS, music, payments and more.

The $200 (£220, AU$380) Versa 2 ends up being on the more affordable side of the smartwatch spectrum. And here’s the good news: Its brighter AMOLED display looks great. Even better, its faster processor no longer feels as weirdly laggy as the first Versa.

The bad news is that it still isn’t quite as smart as other smartwatches. Its more awkward interface and more limited features (no support for downloadable Spotify music and, notably, no onboard GPS) make it a better choice for someone who wants a Fitbit and a watch, but not necessarily for others.

Apple folk might prefer an Apple Watch for its more advanced and fluid iPhone connectivity, but Fitbit’s social fitness environment and the lower price make it a great budget pick (I wore it mostly paired to an iPhone XS). The Fitbit Versa 2 also lets people on Android use its microphone to respond to texts, but its standalone OS and app library won’t work with Google Play like Google’s Wear OS watches do. Meanwhile, the similarly priced Samsung Galaxy Watch Active feels much more like a cutting-edge Apple Watch-level smartwatch.

Alexa has her limits

Do you want Alexa on your wrist? It might not be as appealing as you’d think. Here’s how a typical interaction went in my time with the Versa 2.

Alexa, what’s the weather? The Fitbit Versa’s bright display responds in text: 68 degrees. Weather will be OK the rest of the day, too.

Alexa, play music. No… not so much.

Amazon, like all other companies with voice assistants, has had a rough year earning the public’s trust as far as privacy’s concerned. The Alexa-enabled Versa 2 is really an on-wrist conduit to the Alexa app on your phone. It can search for most Alexa commands, including controlling smart home gadgets, asking random questions about the world and telling you the weather. (Seriously, that last one may be the best thing it does.)

But I’ve lived with Siri on the Apple Watch and Google Assistant on the Wear OS, which can do much more useful things to control your actual watch. Alexa can’t start a workout yet, or control watch functions such as loading apps or even playing music. Some of those functions will arrive later this year, but the lack of voice-based control limits how helpful Alexa is, and what you’ll perceive it to be for.

Also, Alexa doesn’t always work. Paired with an iPhone ($1,000 at Amazon), I found I sometimes had to resync the Fitbit in its app or launch Alexa. All it takes is a few fails to make someone stop using a feature.

Fitbit Versa 2 and Fitbit Premium promise to revamp my…

Speed: So much better

The Fitbit Versa used to run like a laggy old laptop. Now it’s not exactly a race car, but it’s running at the speed you’d expect. Whether you’re scrolling or launching apps, everything feels better. The touchscreen feels more responsive. These are what you’d call table stakes for a smartwatch, so it’s good they were addressed. I appreciate the difference.

Sleep Score: My nightly rest has a rating now

Fitbit’s sleep tracking tech is something I’ve always been confused about: My estimated REM, light and deep sleep totals aren’t necessarily good or bad, to me. Am I doing OK? The Sleep Score number combines a few bits of info, but Fitbit only makes a number score available in its free app. More detailed breakdowns and recommendations are in Fitbit Premium, a service I still haven’t tried yet.

Seventy-six. Seventy-eight. Eighty-one. That 81 score one evening sounds nice. It seems like, so far, my sleep leans into the “OK but maybe not great” side of the number scale. That’s how I feel, sometimes, too. But now that I know how I feel and how it correlates to a good night’s sleep, it’s still a mystery what to next. Do I sleep more hours? Get to bed earlier? Drink more water? All the above?

I tested Fitbit’s Sleep Score beta earlier this year, and liked the addition of the score. The beta also offered deeper breakdowns that will be in the Premium version. For example, there’s “Restoration,” which uses your heart rate to measure restedness. I still find the process somewhat mystifying. But I also want someone to tell me, simply, if I’m sleeping OK.

Fitbit’s upcoming $10-a-month subscription service makes bold promises of more health coaching, extra fitness games and deeper insights and data. When I can test it, I’ll tell you if it’s worth it. I already feel like I have too many subscriptions, but maybe I need more guidance than the daily step and exercise goals and occasional motivators Fitbit offers me now. Maybe a fitness app could do that for me. Maybe I need to dig into myself or hire a real trainer. But the Premium service sounds more ambitious than what the Versa 2 can offer as a piece of hardware. The two may be best dovetailed.

I couldn’t help but feel that some of the benefits Premium is promising are the magic that the Versa 2 lacks. Despite being a sequel in name, the on-watch app experience and interface feel pretty much identical to the Versa Lite Edition did when I used it back in the spring.

A new pull-down quick settings mode is helpful. The AMOLED display is clear. And there’s an always-on mode now, that’s new. There’s only a basic black-and-white display option, but the always-on mode lasted at least three days when I tried it. If it’s not set to always-on, the Versa 2 battery lasts five days.

Fitbit has left an odd gap in its watch lineup by not putting GPS in the Versa 2. The years-old Fitbit Ionic is Fitbit’s only GPS watch that can work without a phone. Meanwhile nearly every other competitor has GPS fitness alternatives, Garmin in particular. GPS seems like a key feature for a step-up device, and an Ionic update (or Versa Plus GPS) seems like an inevitability… but who can say when it will arrive?

No FDA-cleared health features yet, either

One other thing the Fitbit doesn’t do yet is act as an actual medically approved health device. There’s no ECG onboard, nor any irregular heart rhythm notifications. (Apple and other tech companies use the abbreviation ECG, whereas US doctors generally say EKG.) And, while Fitbit has been exploring ways its sleep tracking could eventually reveal signs of sleep apnea, nothing’s been cleared by the FDA yet. It means that the Fitbit’s core tracking functions, in many ways, are still much like they were before: fitness and health focused, but to a point.

The Versa 2 review, now, is a work in progress. The next test is a lot of workouts. Plus I want to give Premium a try.

What I can tell you after a week with Versa 2 is that this is the Versa I’d prefer to wear, and it’s also Fitbit’s best wearable. But the lack of Spotify music downloads, GPS and Alexa’s limited uses mean it isn’t quite the full-featured smartwatch you might expect in 2019. 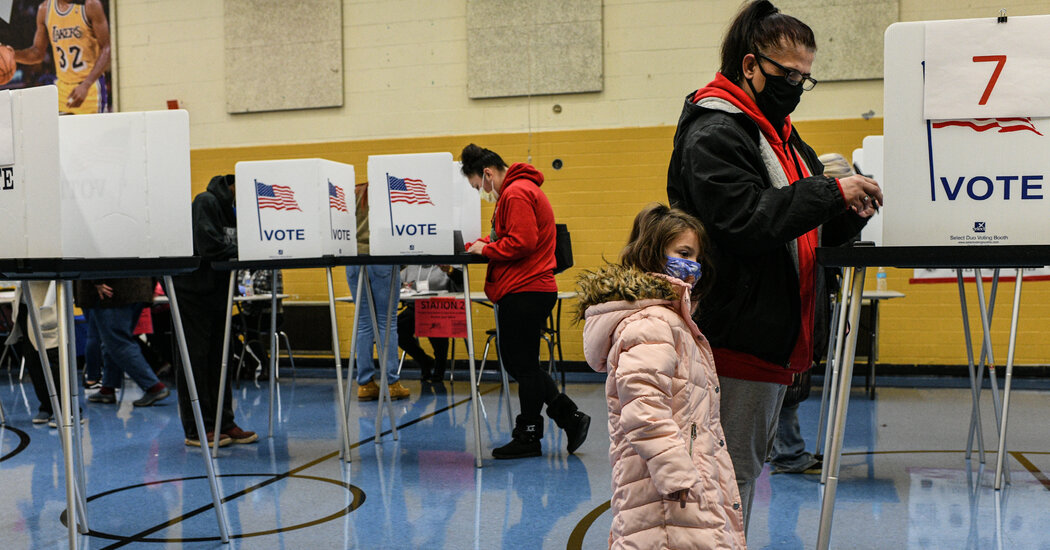 “All it was is there was an extra zero that got typed in,” said Abigail Bowen, the elections clerk in Shiawassee County […] 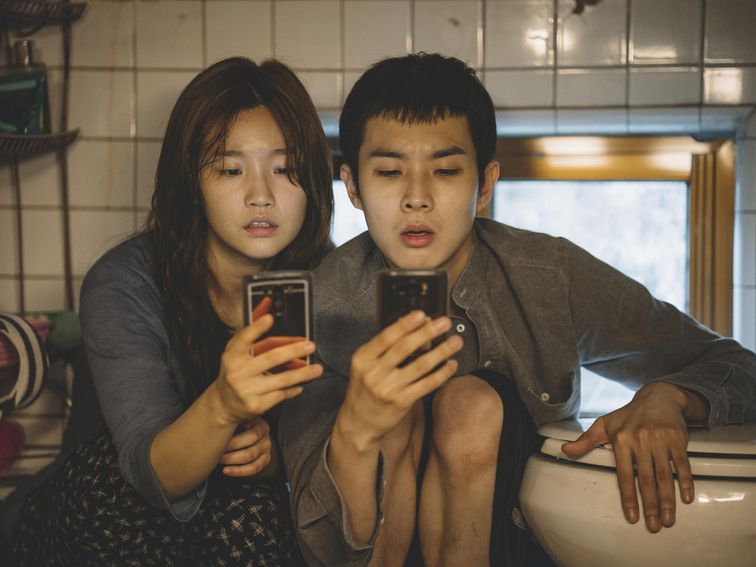 Parasite: A Graphic Novel in Storyboards is coming out in May. Hachette Korean thriller Parasite is being made into a graphic novel […] 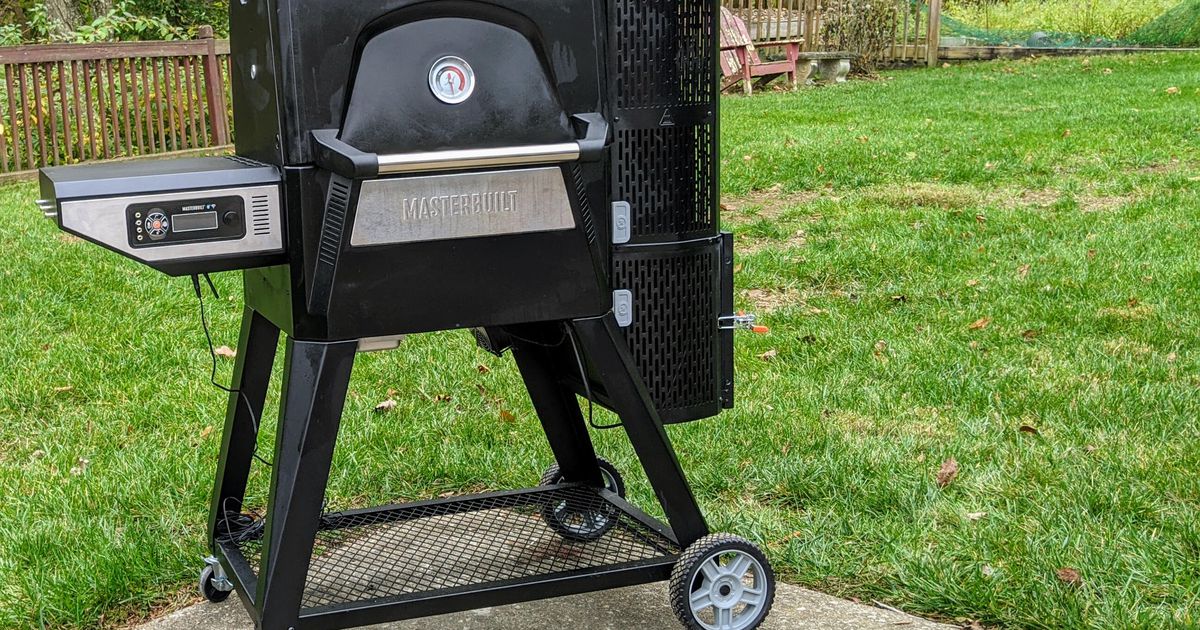 The Masterbuilt Gravity Series 560 cooks with regular charcoal but runs like a pellet grill. Brian Bennett/CNET As barbecue grills go, the […]