Maren Morris wasn’t exactly in need of a new project when The Highwomen came a’calling.

Not only was she doing just fine on her own, becoming a crossover star in her own right after the release of her debut album Hero in 2016 thanks to her smash hit collaboration with Zedd, “The Middle,” that ruled the airwaves in 2018, but she’d just kicked off promo for her second studio album, GIRL, and was busy prepping a world tour set to kick off when the album dropped in March and keep her on the road through August. In a word, she was busy.

“I think a lot of people on my team probably thought I was insane to join a band right in the middle of my own album cycle and tour,” Morris told Rolling Stone in July.

Truth be told, none of the other women in The Highwomen, which also includes Brandi Carlile, Amanda Shires and Natalie Hemby, needed a career boost that forming a country supergroup could bring. Carlile had just cleaned up at the 61st Annual Grammy Awards, where she was the most nominated female, winning three of her six nominations, including Best Americana Album. Shires, as a part of her husband Jason Isbell‘s band The 400 Unit, had won that particular award a year prior. And Hemby had just launched a solo career of her own, after years of being an in-demand songwriter for Nashville’s elite. (She also co-wrote two tracks with Lady Gaga on the A Star Is Born soundtrack, including the film’s tear-jerker finale, “I’ll Never Love Again.”)

But as it turned out, the allure of forming the group, a 2019 response to the 1980s outlaw country supergroup The Highwaymen, which included Johnny Cash, Willie Nelson, Waylon Jennings and Kris Kristofferson, at a time when female representation in country music, or perhaps more accurately, on country music radio, is at an all-time low, was too good for any of them to pass up.

It was Shires who got the idea to form the all-female group back in 2016. To pass the time while on tour, she began an informal experiment and wrote down every song she heard on country radio to see if most were by men. Spoiler alert: They were. And when she called in to request songs by women, she found herself being directed to the station’s Facebook page where songs by female artist were pitted against one another in polls. The clear message? Only one could win.

“There’s always been this pitting of women against women, maybe because there aren’t a lot of spots,” Hemby, who was first asked to pen songs for The Highwomen before becoming their fourth official member, told Rolling Stone. “Or they try to make it feel like there is a competition, or women don’t want to hear each other. But any time I go to a woman’s show — Miranda [Lambert‘s,] or Little Big Town — I see women there in full force. And we want those girls to grow up and have lots of women to look up to.”

So Shires got to thinking about the country artists before her who’d been able to subvert the Nashville machine, recalling The Highwaymen. “Wanting to do things their own way is what we’re sort of trying to mime,” she told The New York Times earlier this month. “And just to have somebody to share in the glories with, you know? It can be kind of a lonely thing out there by yourself.”

She recruited Carlile first, approaching her backstage at Nashville’s legendary Exit/In and asking her to join upon meeting her for the first time. “She just walked up to me with a drink and she said I want to start a band with you and I want to call it the Highwomen,” Carlile recalled to The Seattle Times. “I thought she said the Highwaymen. I was like, ‘I don’t know, like a Highwaymen tribute band?’ She goes ‘No, no. The Highwomen.’ I was like ‘Oh, that’s so cool!’ Then she sent me this political text and introduced me to Emily’s List and I started to realize what she was about and knew that I wanted to do this with her.”

For Carlile, the decision to say yes, in spite of the elevated profile to her solo career courtesy of the Grammy Awards, was about something bigger than herself. “It was just when it happened,” she said of the timing. “I could either say no and prioritize myself or say yes and prioritize my daughters [laughs]. So, I chose to say yes.” (Carlile and her wife Catherine Shepherd have two daughters, Evangeline and Elijah. Shires and Hemby are both mothers to little girls, Mercy and Sammie Jo, respectively, as well.)

It was Carlile who immediately set out to recruit Morris for what the women call “the movement.”https://www.eonline.com/”Maren had just invited me to sing ‘(You Make Me Feel Like) a Natural Woman’ with her at the CMT [Artists of the Year] awards show,” she explained. “It was my first real invitation to the country world and it felt real profound to me that she would chose someone that was kind of a misfit, and certainly a different kind of woman to sing that song with…I knew that there were, if not political, at least social undertones to that that I was impressed by and moved by, and I know there’s a lot more to Maren Morris than everybody thinks initially.”

Morris was backstage at The Tonight Show Starring Jimmy Fallon, promoting her new album’s titular lead single, when she heard from Carlile. “When Brandi called to ask me if I wanted to be a Highwoman, and that these were going to be the people involved, I couldn’t say no,” she told Rolling Stone. “I’ve also been touting the same message with Girl; it’s high time for more female perspectives in the country genre.”

When Hemby submitted the track “Crowded Table,” which she co-wrote with Lori McKenna in 30 minutes, for submission for the album as recording got underway in March, it was clear to the three existing Highwomen that they’d found their fourth. “When Natalie sent us, in my opinion, our best song, she didn’t just write the narrative for The Highwomen musically; she actually cultivated the sound of what we are,” Carlile told CMA World in August.

The idea of teaming up with three people who were practically strangers was a bit daunting to Hemby, though that changed quickly. “Honestly, we didn’t even know each other: It’s like we got married and we had to get to know each other and our dynamic and what our roles are,” she told Billboard in August. “We fell into our own specific roles, but we had to get to know each other and our personalities, and what our creative strengths are… We really all four are different, but we really all four work really well together and compliment each other, and we have a dynamic that’s very special and unique. It’s not like we were all hanging out all the time and decided to join a band. We put our heads together.”

On their debut self-titled album, which made its way to streaming services and retailers on Friday, Sept. 6, there isn’t a track where one of the four doesn’t have a writing credit, alongside other country music luminaries like Lambert, Isbell, Ray LaMontagne, Maggie Chapman, Rodney Clawson, and Jimmy Webb. They all take turns stepping up as lead vocalists. It’s a refreshingly ego-free project.

“I was happy with the songwriting coming from anywhere, as long as it was really powerful and said what we needed to say,” Carlile, who takes lead on early standout “If She Ever Leaves Me,” the album’s classic country ballad that just so happens to feature a woman singing about another woman, the first of its kind, told Billboard. “I think if we had been married to our songs and our own contributions, it would’ve been a very different project. But because it’s a movement and not a band, it lacks the ego that so many bands have.”

“We knew from the get-go with this band that we all have our own solo endeavors,” Morris added. “They have families. We’ve said [that] none of us really needed this group, which is, I think, why it’s so special: none of us need the money or the fame, we all have our own things going on, so this was really four people that really believed in the songs that we were turning in for it, and the message behind it.”

For her writing contributions to the album, Morris brought tracks “Loose Change” and “Old Soul,” songs that longtime fans just might recognize from her early days spent generating buzz around Nashville. “Even though those songs might not have fit on my solo record, they could flourish and really thrive in the sonic space that these women…created,” she told Rolling Stone. “Now I feel like I’ve caught this Americana bug after doing this album with them.”

While she admits she’s most proud to be a part of Hemby’s “Crowded Table,” it’s the fact that the album runs the gamut of female perspectives rarely heard in the genre that has her so excited. “I love that we have songs on this album about shattering female stereotypes to a gay country love song, and songs about losing loved ones,” Morris told the magazine. “It’s all real and it’s all country.”

The Highwomen is available on streaming services and at retailers now. 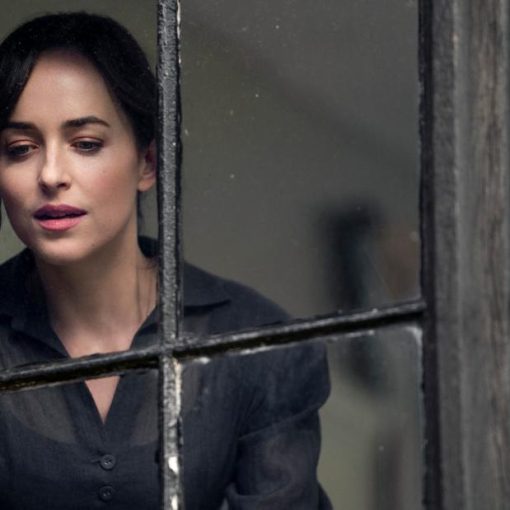 I know the reason why: When the wider world feels out of control, you do what you can to bring some semblance […] 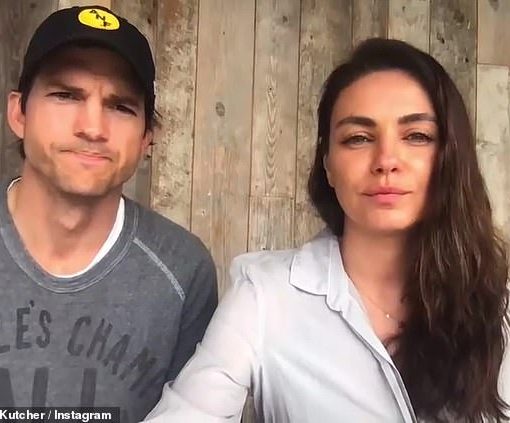 Mila Kunis and her husband Ashton Kutcher have vowed to match up to $3,000,000 in donations to help provide ‘immediate’ humanitarian aid to […] 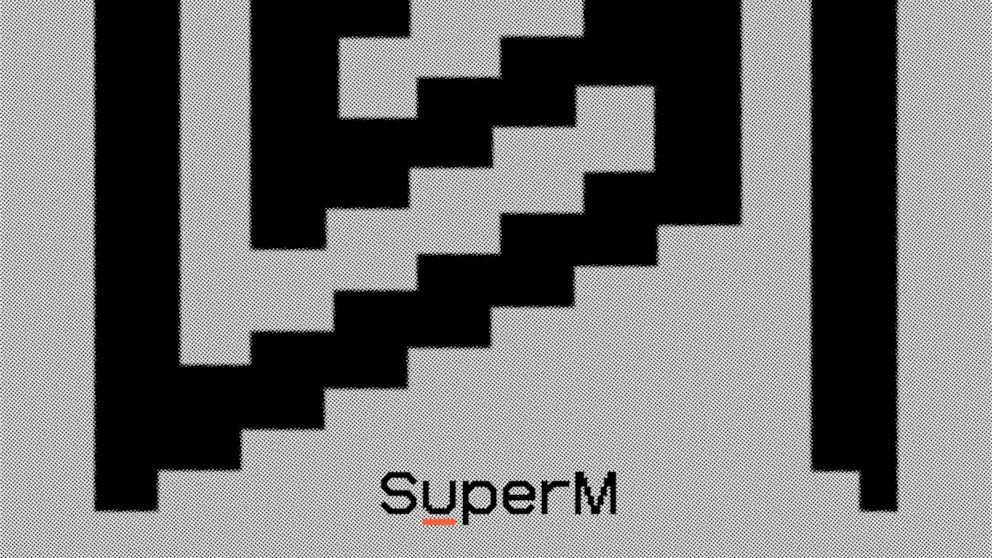 SuperM, the newest K-pop septet on the block, shines on their first full-length studio album, according to Cristina Jaleru of The Associated […]