The weather forecaster gave some hope to her followers, as she told them to not “give up” on this year’s summer.

She wrote on the snap: “Don’t give up on August just yet. Bank holiday BBQ?”

And in her latest forecast for ITV, the star was back at it again encouraging members of the public to not dust off their winter coat just yet.

Lucy explained the August bank holiday could be set to break records with 30 degrees predicted.

Giving an update on the rest of the week’s weather, Lucy said: “Warming up as the week wears on. Temperatures set to rise, clearer skies, sunshine by day, but cooler at night.”

She went on: “Feeling like autumn in the mornings, summer by the afternoon and that theme continues into the long weekend.”

Revealing her excitement at a potential sunny bank holiday, Lucy said: “Temperatures set to soar, something of a bank holiday miracle!”

With a huge smile on her face, she continued: “Temperatures could be in the 30s degrees. Could be one of our hottest bank holidays on record.”

Lucy also informed viewers of today’s conditions and said: “Chilly start for some, little breezy out there and a split set-up as the day wears on.

“Blustery and wet in Scotland and Northern Ireland, temperatures set to struggle.”

She added: “Elsewhere, warm sunshine, highs of 25 degrees in the afternoon and into Friday, temperatures doing even better.”

Lucy revealed her excitement about the bank holiday on her Twitter account, where she received a response from England cricketer, Kevin Pietersen.

The brunette beauty tweeted: “A bank holiday bonus!! Temperatures on the up.”

Kevin said to the star: “Good time to pop back into London…”

One person commented: “Looks like you worked your magic!”

Another pessimistic person wrote: “We’ve heard this before in the lead up to a bank holiday, sorry I’m not buying it, I reckon dry and overcast.”

Good Morning Britain airs weekdays on ITV from 6am. Steph McGovern, 37, is expecting her first child with her girlfriend, with the little one due in November. The business reporter said […] 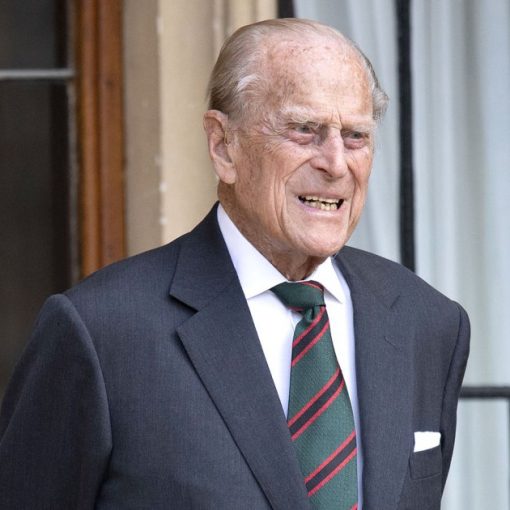 Still on the mend. Prince Philip was moved to another hospital in London after two weeks of treatment. “The Duke of Edinburgh […]