There’s an old Wile E. Coyote cartoon where he gets in a racecar to chase after the Road Runner, and as he’s speeding along the car begins to fall apart piece by piece until he’s left holding nothing but a busted steering wheel. That’s what it feels like to play Decay of Logos, an open-world action-adventure RPG that strongly invokes The Legend of Zelda but becomes increasingly unstable the longer you play, until you’re just thankful to see the credits roll. Whether it’s the choppy framerate even on an Xbox One X, equipment that disappears from your inventory, glitches that make you unable to dodge, jump, or swing a weapon, or the whole thing crashing entirely, you’re never more than a few minutes away from something that will hinder or completely shatter your enjoyment of a game that otherwise has a lot of potential.

Drawing inspiration from Dark Souls, Decay of Logos places emphasis on challenge and exploration, though it rarely sticks the landing. Across its 20-hour campaign, you’ll travel through haunted battlefields, crumbling castles, and mysterious woods – all while fighting the same handful of generic enemy types over and over again in one of the most infuriatingly repetitive and buggy games I’ve seen in a long time. 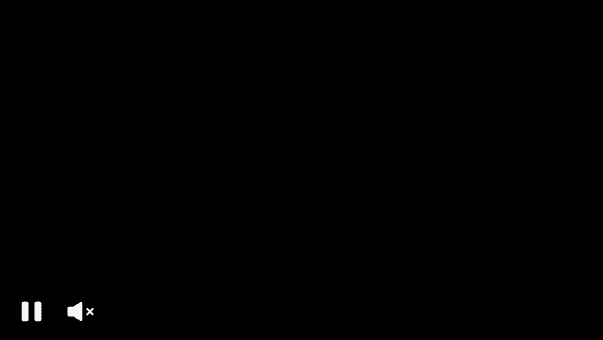 You play a bland, white-haired silent protagonist named Ada, who looks like an off-brand Link. Accompanied by your equally silent companion, a white elk of unknown origin, you’ll set out on a cliché and low-stakes quest for revenge after your village is burned to the ground. Despite the generic plot, the worldbuilding in Decay of Logos is expertly done, making heavy use of environmental storytelling that gives you a taste of a dystopian fantasy setting and asks you to fill in the gaps. The colorful, Breath of the Wild-esque art style shows off some pretty stellar areas that beg to be explored, though doing so almost invariably ends in technical issues and monotony.

At the best of times, Decay of Logos simply runs poorly.

At the best of times, Decay of Logos simply runs poorly: The framerate bounces up and down wildly and makes gameplay choppy during combat encounters that require precise timing, some nasty screen tearing makes the world look like a piece of abstract art, and an occasional animation error will result in you getting hit by an invisible blow while the screen shows the enemy standing idle. But where Decay of Logos really suffers is in the frustrating and frequent critical glitches and bugs that completely halt progress, sometimes permanently. In one instance my character spawned without any of my equipment, including her own fists, leaving me defenseless until I quit out and rebooted. Another issue I encountered several times involved an on-screen prompt to push the A button that refused to go away, which locked me out of my ability to dodge or jump until the game eventually crashed to the Xbox dashboard. Sometimes areas of the world took too long to load in under my feet, resulting in me falling through the map and dying due to no fault of my own. In one particularly awful instance, a dialogue glitch prevented me from being able to speak with the world’s only blacksmith, which persisted for the rest of my playthrough and locked me out of any ability to repair my equipment. The list of glitches goes on and on, and they were so commonplace during my playthrough that I had to come up with workarounds, like not pausing for more than a minute or two to avoid crashing, just to be able to play with any degree of consistency.

And unfortunately, even when everything technically works, many of Decay of Logos’ design troubles rear their heads. The RPG systems that govern the world and its characters are vague and aggravating. For example, your character’s level, which greatly impacts how powerful you are and your ability to compete with enemies in certain parts of the world, can be found in the menu, but there’s no information on how much XP you have, how to get it, or how much more you need to level up. This is particularly annoying because most enemies in the world arbitrarily become much stronger once you accomplish certain milestones, like killing a major boss, which leads to some really frustrating encounters.

Every time you beat a chapter you go from powerful badass to near-useless dreg.

At one point I powered through an army of the undead and killed one of the major bosses without so much as a scratch on me, only to be killed by a single bee on my way back to the hub world because the act of slaying the boss had leveled up every enemy in the world. This means that every time you beat a chapter, you go from powerful badass to near-useless dreg and have to grind until you level up a few times and become strong again, relative to the rest of the characters in the world. It’s a routine that’s far more irritating than it is fun, and made me feel cheated out of my hard-won progress at precisely the moments where I should have felt most accomplished.

Of course, it doesn’t help that the equipment system has a way of imploding at regular intervals. Just when you think you’ve got the perfect set of armor or stashed a bunch of potions in your elk’s rucksack, you’ll boot up to find that it’s all disappeared since the last time you played. Or, my favorite: you’ll go to the blacksmith to fix a weapon, but when you transfer it back to your inventory it will delete one of your other weapons in the process. As a rule of thumb, if anything you’re doing involves interacting with an inventory menu at all, don’t trust it and assume your stuff is going to get lost.

Combat in Decay of Logos is also deeply flawed in that it pits you against the same handful of enemy types for hours on end. Each area has just one or two unique types of enemies that appear in large numbers, and in most cases, they can’t be realistically dealt with in groups greater than two or three at a time. So victory becomes a matter of drawing the attention of a few enemies at a time, killing them, and repeating. And because the leveling system often artificially makes enemies much stronger than you, combat can drag on for long stretches of time as you whittle down the health meter of an enemy that you might have been able to kill in a few seconds just a short time ago. The dynamic here is even worse when it comes to the world’s optional bosses, all of which are carbon copies of one another, and have predictable movesets and obnoxiously large health bars that make for tiresome encounters.

The elk is what enrages me the most.

Of all the design issues I have with Decay of Logos, though, the elk is what enrages me the most. As you play, you’re frequently reminded about the importance of the bond between Ada and her elk companion, especially the need to cooperate in order to overcome obstacles. But that promise is never delivered on, chiefly because the elk is about as useful as a screen door on a submarine and has the AI of a refrigerator magnet. For starters, one of the main uses of the elk is the ability to ride it to get from place to place, but doing so is frustrating and inefficient. Not only can you run faster than the elk, but directing it is treated more as a suggestion than an order, and the beast mostly wanders around aimlessly and gets caught on everything in its path.

After IGN notified the publisher, Thunderful Games, of these technical issues, we received word that it had identified “a couple of nasty crash bugs” and currently has a patch moving through certification to address them. However, even if this patch does fix the crashing there are still numerous other bugs that can impede progress and require restarts to fix. There’s still a lot of work to be done to bring Decay of Logos up to snuff.

But the worst instances involving the elk are when you’re asked to solve a puzzle in tandem with the elk. Simply put, this dumb thing just doesn’t follow orders. You have the ability to call it by blowing a whistle, but most times it doesn’t show up or gets caught on something on the way to you and has to be manually guided out. In one instance, I spent over an hour trying to get the elk out from under a spiral staircase it was stuck in, then spent another hour trying to get it to stay in place on a button while I went to another room to pull a lever. They say if you listen closely, you can still hear my screams of rage to this very day.

Developers are divided on how subscription services will affect game values

Which Fallout 76 Faction Is Cooler, The Crashed Space Station Or The Log Cabin?