Wildfires are burning across the globe with one of the most terrifying being in the Amazon. Brazil’s record heat, droughts and deforestation act as kindling for the wildfire which is raging across the country. Brazil’s Amazon rainforest has seen a surge in fires this year, according to new research from the country’s space research agency, with more than 70,000 fires detected this year alone.

Distressing fires so intense they can be seen from space, are currently ripping across the world’s largest tropical forest, the Amazon rainforest.

These wildfire blazes have grown so intense that they blackened the sky above São Paulo on Monday which led to Amazonas to declare a state of emergency.

The daytime blackout, lasted around one hour and came about after strong winds carried the intense forest fire smoke from the burning states of Amazonas and Rondonia, more than 1,700 miles (2,700km) to São Paulo.

The fires have stemmed from unprecedented warmth and dryness across the country this year – however, the Amazon is also a result of humans cutting down the forests.

This figure showed a sharp increase of 83 percent against the same period in 2018, marking the highest since records began in 2013.

Scientists say the Amazon has suffered losses at an accelerated rate since the president took office in January – instituting policies which favour development over conservation.

As the largest tropical rainforest in the world, the Amazon is a vital carbon store that slows down the pace of global warming.

The figures from the space agency emerged just weeks after President Bolsonaro fired the head of the agency amid rows over its deforestation data.

The INPE said satellite images revealed 9,507 new forest fires have raged in the country since Thursday.

Most of the fires were located in the Amazon basin, which is home to the world’s largest tropical forest seen as vital to countering global warming.

Satellite imagery reveals that the northernmost state of Roraima is coated in dark smoke.

The Amazonas capital Manaus has been on environmental alert since Friday as a direct result of the fires.

Wildfires are common in Brazil – especially during the dry season.

However, it is believed they are often started deliberated in an effort to illegally deforest land for cattle ranching.

According to Reuters, Mr Bolsonaro recently dismissed the latest data, saying it was the “season of the queimada”, when farmers use fire to clear land.

He added: “I used to be called Captain Chainsaw. Now I am Nero, setting the Amazon aflame.”

But INPE has said the number of fires does not correlate with the normal averages for previous dry seasons.

Inpe researcher Alberto Setzer told Reuters: “There is nothing abnormal about the climate this year or the rainfall in the Amazon region, which is just a little below average.

“The dry season creates favourable conditions for the use and spread of fire, but starting a fire is the work of humans, either deliberately or by accident.”

INPE has previously insisted that its data is 95 percent accurate and the agency’s credibility and veracity has previously been defended by several scientific institutions, including the Brazilian Academy of Sciences. 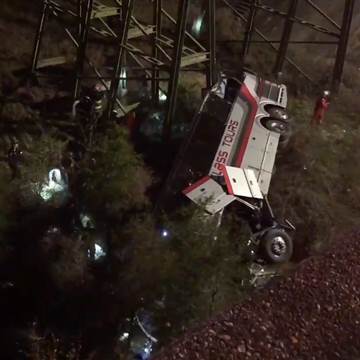 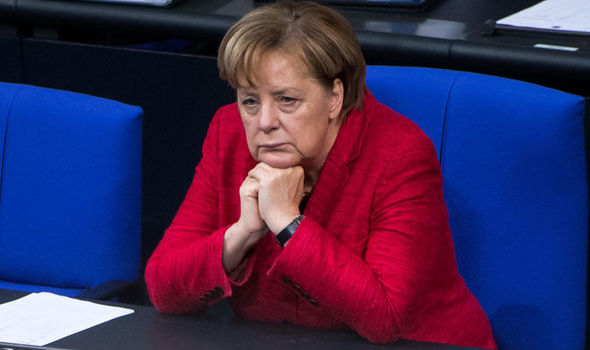 Leader of Merkel’s conservatives in the Bundestag, Volker Kauder called upon the Chancellor to provide leadership in Europe and that Germany must […]

TEHRAN, Iran (AP) — An Iranian scientist imprisoned in the U.S. is on his way back to Iran after being freed, the […]