PARIS—From Algeria to Hong Kong, Sudan to Puerto Rico, people all over the world have been turning out in the streets this year to confront policies and regimes that previously seemed all but invulnerable. And through relentless, largely peaceful protests they’ve had amazing success.

There is a lesson here. Americans disgusted by Donald J. Trump, disheartened by his control over the Senate and Supreme Court, demoralized by the consistent support he enjoys from two-fifths of the population, and appalled by his incitement of gun-toting racists, might want to take note.

The examples of mass demonstrations that have taken on, and in some cases taken down, terrible leaders show there are formulas that can be applied in many places, including the mainland of the United States of America. There’s even an illustrative equation.

In a study published this month by the scientific journal Nature, Erica Chenoweth and Margherita Belgioioso look at what they call “the physics of dissent” drawing on the simple law that momentum equals mass times velocity (p=mv).

“When movements maintain mass and velocity, they maintain momentum,” the authors tell us, and momentum is what’s required to achieve results.

They cite the example of Sudan.

There, Omar al-Bashir had been in power for 30 years—and had lasted for a decade even after allegations of genocide in the Darfur region led to his indictment by the International Criminal Court for mass killing, rape and pillage. Nothing seemed able to bring him down. But as Chenoweth and Belgioioso point out in a blog post, Sudan’s opposition “used a combination of protests, marches, general strikes, and other forms of non-cooperation” to oust Bashir in April.

In Algeria, a nation with a proud history of rebellions, gruesome experience with terrorism, and a fearsome record of repression, demonstrations followed a pattern similar to Sudan’s. Hundreds of thousands of people poured into the streets for peaceful protests—the Smile Revolution, it’s been called—and they ended the 20-year rule of the decrepit 82-year-old President Abdelaziz Bouteflika.

In the U.S. territory of Puerto Rico, in a matter of weeks after leaked text messages exposed Gov. Ricardo Rosselló’s vengeful approach to partisan politics, as well as his sexist and homophobic slurs, mounting protests led to threatened impeachment and finally his resignation.

In Russia, where activists opposed to President Vladimir Putin are routinely jailed and often murdered, cops beat protesters with grim savagery. Now they are threatening to separate arrested protesters from their children, and to jail opposition leaders for years on specious charges of corruption. Yet the protests keep growing, and Putin’s grip on power begins to be the subject of speculation.

And in Hong Kong, the public rebellion against Beijing with mass protests week after week poses a growing threat to the authority there of Chinese President Xi Jinping, whose representative has been humiliated and forced to withdraw a controversial extradition law. To push back against the tyranny of the Chinese Communist Party, as many as two million people—a quarter of Hong Kong’s population—went onto the streets in a single march.

Again, there’s a formula. Not only are Hongkongers showing an instinctive understanding of “the physics of dissent,” they’ve added a bit of Kung Fu philosophy from the late martial arts icon Bruce Lee. When facing authority, “be water,” flowing where the power is weak or absent. The most active protesters tell each other, rather poetically, “Be strong as ice, be fluid like water, gather like dew, scatter like mist.”

Why have we not seen this kind of concerted, continuous combination of mass and velocity in the United States?

Maybe the American opposition to the Trump regime really isn’t as impassioned as many rants on Twitter might suggest. Or maybe those are just onanistic ends in themselves. There’s been a lot of obvious passivity: waiting for Robert Mueller to take care of everything, or pretending that the symbolic act of impeachment will squeeze the sleaze out of office.

Certainly, by comparison with the demonstrators in other parts of the world there’s a hint of sloth and even of cowardice.

When I broached some of these ideas on Twitter (where else?) one tweep complained impotently that “we” couldn’t even get Twitter to take down the president’s account, as if that would solve anything.

More than one suggested fear of Trump supporters with guns acts as a deterrent.

And another said things really aren’t so bad under Trump, and most people don’t see any reason to remove him, which suggests why his whining opposition doesn’t take to the streets in massive numbers.

But of course that’s not quite right. There have been huge demonstrations since Trump’s election—some of the biggest in American history. Although, weirdly, the National Park Service is not allowed to count, the Women’s Marches of 2017 and 2018 and the March for our Lives after the Parkland school shooting all reportedly drew well over a million people.

But, to go back to the physics of dissent, the momentum that changes things requires not only mass, but velocity. That’s what’s been missing. The protests have to be big, and they have to keep coming again and again–preferably weekly, even daily.

Such demonstrations have changed the course of American history before, notably when the anti-Vietnam War protests of 1967 and ‘68 pushed President Lyndon Johnson to give up his bid for reelection.

And since then we might also have learned some important lessons about mass demonstrations that go astray, because that happens, too.

Back in the 1960s, the same movement that persuaded LBJ to stand down wound up ushering Richard Nixon into the White House. As White House insider Doris Kearns Goodwin wrote in Lyndon Johnson and the American Dream, “Beneath their wild flurry of activity … the young dissenters lacked the sustained involvement of a radical cadre. Their dissent was coopted as the revolutionary leaders willingly sat on evening talk shows, and as participants in marches left early to look for themselves on the 6 p.m. news.”

The Occupy Wall Street movement in 2011 lost its focus and its impact amid constant internal disputes, and what is fatal in the American consciousness, a dearth of novelty.

Here in France we have seen the way a popular movement that started out with  a reasonable cause, the gilets jaunes, or yellow vests, was quickly hijacked and eventually discredited by anarchists and vandals.

The Arab Spring of 2011 saw the popular victories of the unorganized masses exploited by the organized Muslim Brotherhood, then taken away entirely by the cynical military. In Sudan and Algeria the struggle to keep that from happening continues, while in Hong Kong the threat of intervention by China’s army is poised above the protests like the sword of Damocles, and in Russia, Putin wants everyone to know that as bad as he’s done, he can do much worse.

Nobody said nonviolent revolution is easy, and nobody should believe that the fall of a single person resolves the problems in a society that may have put him or her in power in the first place.

But as things stand right now, if the economy’s sugar high continues through November of next year, Trump probably will be re-elected. No Democratic candidate has found an effective way to deal with the most fundamental truism of presidential politics: “It’s the economy, stupid!”

Trump’s assaults on the fundamentals of American democracy—including language that inspires white nationalist terrorism and defends possession of assault rifles—will appear “vindicated” in the electoral college even if, once again, the will of the American majority is thwarted. And if that happens we will be more than halfway to the end of what we used to think of as truth, justice, and the American way. Any effort to remove Trump from office after reelection will be infinitely more difficult and dangerous.

Tweets won’t avert that outcome. Nor by itself will the flaccid exercise of impeachment proceedings in the House.

But p=mv, the E=mc2 of protest, might just do the trick. 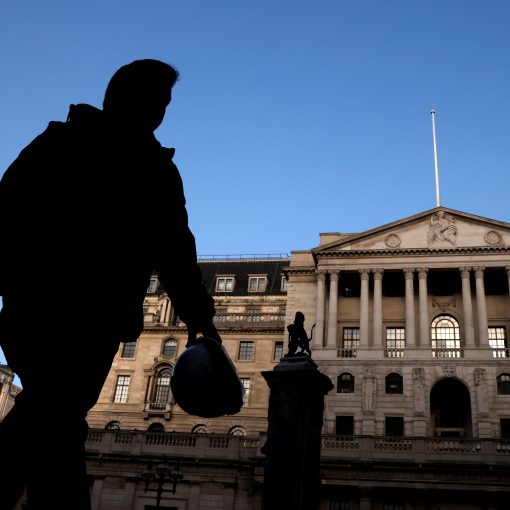 A person is silhouetted as he walks past The Bank of England, amid the outbreak of the coronavirus disease (COVID-19), in London, […] 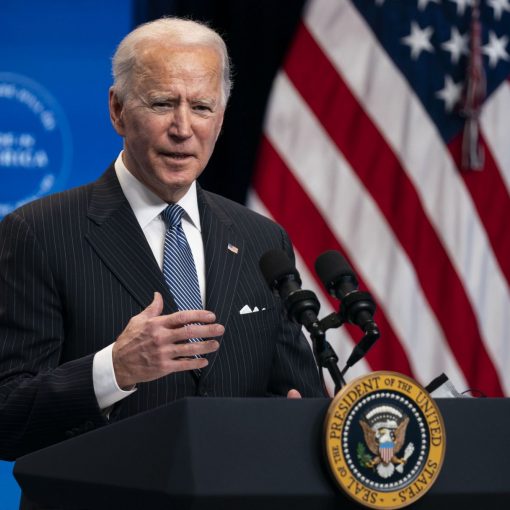 President Joe Biden told German Chancellor Angela Merkel on Monday that he is looking to revitalize the transatlantic alliance with Germany, a […] 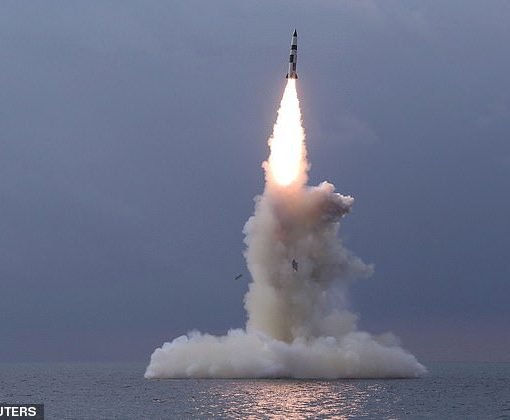