The latest Windows 10 update from Microsoft hasn’t gone smoothly for
many users due to a conflict with an outdated driver for Intel’s Rapid
Storage Technology. This is somewhat ironic in that RST was
designed to improve the performance of storage hardware. Certain
versions have slowed the install process, and in some cases the program actually has made installation of the Version 1903 Windows 10 update impossible.

Some users have been able to download a later version of RST and get
the update to work, but for many others even that won’t solve
the problem. For now the best course of action may be simply to wait
and hope the two companies can resolve the conflict.

This is just the latest such case of software conflicts users have
experienced since Windows 10’s release four years ago. Microsoft
has said it will be the last version of the desktop/laptop operating
system. Instead of major jumps to a completely new version, Windows will get regular updates. In theory that should limit conflicts, but
in practice there have been numerous problems.

Just this year Windows 10 users encountered problems with Netflix. In one case, a Netflix app wouldn’t update to reflect the latest releases. Also, the May 2019
update of Windows 10 resulted in audio glitches for many users.

Such problems are not isolated to Microsoft’s Windows 10 however. There are similar problems with many
apps and even hardware devices that require routine updates.

Content from
streaming TV services has failed to update; smart thermostats have failed to
connect to a home’s WiFi. Worst of all, companies have simply
pulled support for certain products, leaving them all but unusable.

In other words, we face a serious disconnect in the connected home.
Smart products seem kind of dumb, and automatic updates are anything
but automatic! Technology that in many cases promises simplicity hasn’t been so simple. Instead of merely pushing a button
to complete a task, we’re often left troubleshooting a serious problem.

The recent Microsoft conflict with Intel’s RST isn’t the first major
snafu with Windows 10, but it suggests that using the “final” Windows OS might not be smooth sailing in the years to come.

“You can’t really say too much about this,” admitted Roger Kay,
principal analyst at Endpoint Technologies Associates.

“As the last version of Windows, the idea is to keep the OS up to
date, but it’s like Brer Rabbit’s vegetable patch,” he told
TechNewsWorld. That is, the best laid plans can
fail due to a simple flaw or oversight.

“It is fair to point out just how unbelievably complex the update
process has become,” said Jim Purtilo, associate professor in the
computer science department at the
University of Maryland.

One part of the problem is that Microsoft must deal with an
ever-increasing number of platforms, each with a unique configuration
of drivers and other peripherals, he noted.

“Then mix in all the events, surprises and practices of users, who can
be awfully unpredictable. They’ll flick the power, hammer on
keyboards, and offer all manner of other surprises,” he told
TechNewsWorld.

“In spite of all this, most of the time Microsoft gets it right,”
Purtilo pointed out. “Some serious engineering goes into making that be
so. Unfortunately, that still leaves a lot of times they don’t get
things right.”

The level of complexity is an issue for all widely used operating systems.
Updating them is extremely important for security and
performance reasons, but with so many third-party programs now thrown
in the mix, the possibility for update errors and problems has increased.

“Microsoft probably has the hardest update challenge,” Purtilo said. “They retain the longest logistical tail — that is, they keep
supporting the most versions of platforms over time — and the insides
of the system have a lot of properties left over from old
architectural decisions that complicate matters, since we’d never do
things that way today.”

Microsoft is not alone in grappling with problems associated with major updates.

“Apple’s updates are complex too, but they exercise stronger control
over the architecture and cut off the logistical tail. In OS X, they
stop pushing updates for old versions pretty quickly,” noted
Purtilo.

“Linux has at least as much variety as Windows has dealt with, but it
also has open structures that make updating a little simpler,” he added. “It was built to accommodate multiple ways to perform important tasks under the hood.”

Even within the main operating systems there isn’t enough being done
to ensure that all the apps and other software will be
compatible universally. Back when “PC” meant an IBM PC — or at least one that was IBM-compatible — that was less of an issue, in part because the systems were less
sophisticated.

Now Microsoft supplies an OS that runs on untold numbers of PCs.

“In the old days you’d compatibility test your software across as many
devices as possible, and Microsoft would say it works so the hardware
makers shouldn’t change anything,” said Endpoint’s Kay.

“If you changed one thing in the software stack it could break, and
everyone understood this, but today those rules no longer apply,” he
added.

“In the case of the recent update failings, that is because Intel and
Microsoft used to be best buddies so they were on the same page,” Kay explained, “but
now they’re not cooperating as closely as they used to, and we’re
seeing the results.”

In addition, other software vendors are updating their
apps continually, and problems arise when they aren’t in sync. What makes these
problems much harder to address is that the PC vendors largely have discontinued
the tech support they once offered.

“Outside of the operating systems and some heavily used products,
consumer software sucks, and support — especially for drivers,
firmware or mobile apps — is virtually nonexistent,” said University of Maryland’s Purtilo.

“This reflects a market reality: There is a lot of room for producers
to innovate and offer products, whether or not they know what they are
doing. There is a lot of demand — consumers are willing to try lots of
stuff based on pretty flimsy representations — and most of the profit
is based on who can throw their software over the wall to consumers
first,” he added. “Someone inclined to design for quality and
sustainability risks losing that race to the market.”

Another problem with today’s computers, as well as
many Internet of Things devices, is they must interact so much with other devices, third-party applications, and an ever-constant
stream of updates. Thus Microsoft doesn’t just update Windows 10, it
must work with its vendor partners that have introduced a plethora of
apps into the ecosystem.

Thus compatibility troubles arise — such as with the recent Intel RST — that
can’t be overcome easily.

“Interoperability has become one of the largest problems,” warned
Roger Entner, principal analyst at Recon Analytics.

“Increasingly IoT devices fall into the Apple, Amazon, Google or
Microsoft camps to ensure at least some level of interoperability,” he
told TechNewsWorld.

However, these respective camps are not interoperable with one another.

“Companies are using this to create moats to lock consumers into their
ecosphere and monetization universe,” noted Entner.

Some third-party companies try to get around these ecosystem requirements by
providing non-official devices/products/apps that claim to work even
if the official support isn’t there.

As a result, the home branch of IoT can leave users in a lurch with
incompatible drivers, said Kay. “Even someone who is fairly technical can have trouble sorting it all out.”

There is also the fact that more and more people now create
software. What once was the domain — and occupation — of programmers
has become open to the less skilled. Unfortunately, whereas software engineers and
programmers understood the big picture, many software app designers
are looking only at a micro-level.

In other words, if it works on their PC that often is good enough.

“We’ve put programming in a box,” Purtilo said. “Anyone can go make a product and pitch it to the world. That’s easy.”

Product assurance doesn’t come in the box, though.

“It is still pretty hard to anticipate conditions under which our
program must operate tomorrow,” Purtilo pointed out.

“We know how to do that, but while we spend the time designing a
program that will keep solving consumer problems into the future, the
market is rewarding people who didn’t have to look past their noses
today,” he noted. “What we find is that with more people writing
mountains of code, more people are reinventing the old design problems
that our field had solved long ago.”

This quandary has gotten worse, and likely will continue to deepen, simply because IoT is overtaking the PC as the main technology in a home.

“Home virtual assistants … have taken over the old school
home hub, but these aren’t really a hub in the traditional sense,”
explained Kay.

Home technology is “morphing as products come out, in part because companies
want to sell hardware, whether it is a thermostat or a light. It is
about the future of the smart home,” he added.

The issue has become more complex as systems tend to be
built around a particular OS or ecosystem that isn’t compatible
with rivals. Thus consumers buy into one system, but should
it lose vendor support, the system can break down quickly.

“We’ve seen examples where a company is sold so the support for their
product simply ends,” said Kay.

“For these reason,s home IoT isn’t really ready for prime time — we
don’t know which ecosystem to pick, and you have to trust that the
company will continue to support it,” he said.

“Unfortunately, there isn’t much we can do about it until a viable
open source solution is developed,” observed Entner.

That is unlikely to happen soon — but 5G wireless networks actually could make the situation worse.

“The number of devices is about to explode — the field is creating
more ways for devices to talk with one another, but not offering a lot
of guidance on how to say it,” Purtilo warned.

“It will be a Tower of Babel scenario, and we’ll need time for the
market to shake out — meaning a lot of consumers will buy devices that
quickly turn into useless ornaments,” he suggested. “We will also see
consumers disillusioned by the high power consumption of these
devices, which is great for manufacturers but not for people who pay
to keep them in batteries.”

So where does this leave the average consumer? Many companies don’t
offer tech support phone lines anymore, and those that do typically charge.

“Microsoft is unlikely to help you unless you’re willing to pay a lot
of money for premium support,” cautioned Kay.

Even many experts might not be able to solve compatibility problems, simply because they are far more than a glitch.

“If tech-savvy consumers can’t do it, then mostly I will presume the Geek
Squad can’t do it either,” remarked Purtilo.

“The market will shake out such that only devices we can maintain will
remain, though it is hard to predict how expensive it will be for us
to get there,” he added. “This is probably a lot like medicine was 150
years ago, when disease was just starting to become understood, but
anyone could become a doctor just by hanging out a shingle. As a
consumer, how could you tell the healers from the quacks?”

Peter Suciu has been an ECT News Network reporter since 2012. His areas of focus include cybersecurity, mobile phones, displays, streaming media, pay TV and autonomous vehicles. He has written and edited for numerous publications and websites, including Newsweek, Wired and FoxNews.com.
Email Peter. 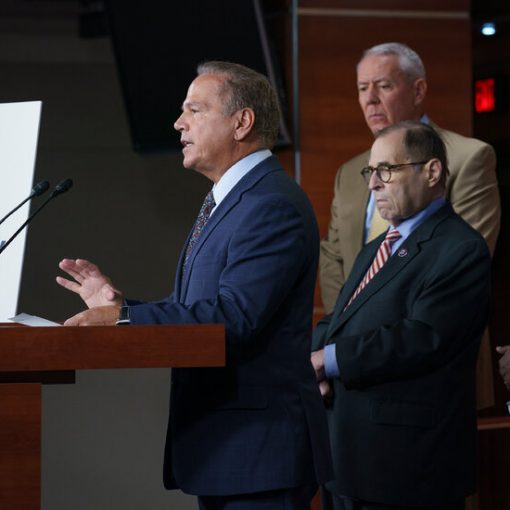 The F.T.C. is “closely reviewing the opinion and assessing the best option forward,” said Lindsay Kryzak, a spokeswoman for the agency. The […] 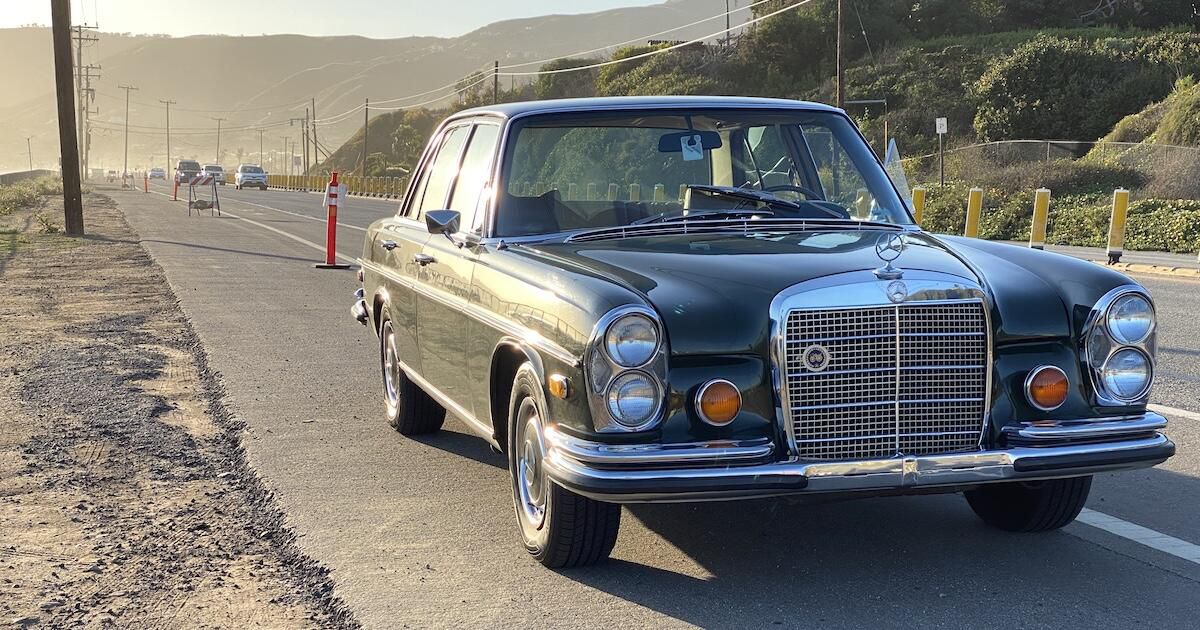 When I first saw the Aston Martin DB11, I thought to myself, “that would look bang on as a convertible.” Well, now […] 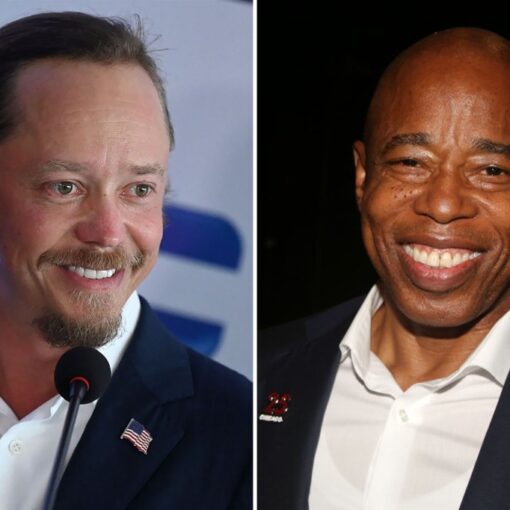