Not only did she rebuff the advances of Elvis Presley – who wanted a threesome with her and Karen Carpenter – but she sparked a race-relations scandal with singer Harry Belafonte, and fled to France, where she had become a sex symbol, to shed her goody-two-shoes image. Now 86 and still recording and touring – Petula will return to the West End as the bird lady in Mary Poppins in October – she says that she turned down the King because she wasn’t attracted to him and was protecting her singer friend, part of the Carpenters duo with her brother Richard until her death in 1983. “He was raring to go,” Petula says now, 50 years on. “Karen was lovely, but she was kind of ­innocent.

“I felt sort of responsible for her, so I got her out of there. Then I looked round, and Elvis was at the door, and he looked at me, like, ‘I’m going to get you one day.’ But he never did. Some people think he did. I think he put out the rumour that he did. But he didn’t.”

It was the late 1960s and Petula was cresting the wave of the Beatles-led British Invasion of the US charts which helped her become the first British female singer to win a Grammy.

Her hit single Downtown had secured her fame across the pond and she was invited to live performances and backstage parties wherever she went.

Petula and Karen Carpenter had become good friends and one night went to see Elvis perform.

In Britain, Petula struggled to shed her Singing Sweetheart image ­garnered from when she made her debut, aged nine, on It’s All Yours, a BBC show that broadcast children’s messages for the troops.

When the rehearsal was interrupted by an air raid, the little girl volunteered to entertain the jittery audience.

Petula Clark on stage in London in about 1968 (Image: David Redfern/Redferns)

Billed as Britain’s Shirley Temple –her angelic face was plastered on tanks as a good luck charm – Petula recorded hundreds of songs for the forces and toured Britain by train, sleeping in luggage racks alongside Julie Andrews, three years her senior.

“Now, she could really sing,” says Petula in a newspaper interview.

She dreamed of being the next Ingrid Bergman but her management, which included her father, Leslie, wanted to protect her image as a child star in ankle socks.

“I think I was part of a moment in people’s wartime lives that they wanted to keep precious,” she says. “Me becoming a woman – they didn’t want to see that.”

Petula says now she came close to a breakdown, which was compounded by her fraught relationship with her father.

“He enjoyed the so-called glamour of it, probably more than I did, and I think he could see me slipping away. It was not easy for either of us.”

Eventually, Petula walked away from him. “I adored my father. He was my idol for many, many years. This is hard for me to talk about.

“There was nothing weird going on,” she adds hurriedly, “but when we parted, it was very, very painful.”

Petula, 10, with her father, singing on radio (Image: NC)

It’s hard to believe that after a seven-decade career, which made her among the bestselling British female artists of all time, she emerged from the clutches of her father ­penniless, her finances having been handled for her during her entire career.

“That was a surprise, put it that way.” But with two hit records, With All My Heart (1957) and Alone (1958) behind her, she rented a flat in London, bought herself a pink sports car, and had “several boyfriends”.

She worked with Fred Astaire, Dean Martin, Bobby Darin and the Muppets. Steve McQueen, the King of Cool, told her he loved her in a restaurant.

She and Belafonte caused a media storm in 1968, when Clark took Belafonte’s arm while ­recording a duet for her one-hour special for American channel NBC.

An executive at the show’s sponsorship company wanted to stop it being aired because he believed a white woman and a black man shouldn’t touch on television.

Belafonte, a prominent civil rights campaigner, didn’t want to jeopardise Petula’s career but she, her husband, Claude Wolff and their lawyer ordered NBC to erase other takes so only one, the take where she touched Belafonte, remained.

Belafonte cast her in his auto-biography as a gleeful co-conspirator to “nail the bastard”.

But Petula insists now it was an artistic decision: “That was the best take. That was the way the song was supposed to be done, with that feeling, that emotion. When it turned into this whole race thing – it sounds silly, but I didn’t quite understand what it was about.”

In Canada, she was heckled for singing in English and French and sought advice from her friend, John Lennon, who was staging his bed-in with Yoko at the time in a Montreal Hotel.

She recalls turning up at the door of their suite in the middle of a downpour. “I sat there, dripping water all over their bed, and told them the story.

“He was so funny and very ­philosophical. Did it really matter? Then he said, ‘I tell you what – you need a drink.’ Which was very true.”

In the next room was a large group of friends and hangers-on. Someone handed her a lyric sheet, and Petula ended up singing on the famous ­recording of Give Peace a Chance.

She met her husband when she performed in Paris. After a long-distance love affair, she moved there permanently, much to the resentment of the British press which accused her of running away from her past. “The great thing about becoming a star in France was they knew nothing about my past. They thought I was sexy. I thought that was pretty great,” she says.

They have two daughters and a son together and Petula has spoken often about the guilt she felt ­leaving her children to go on tour.

She and Claude have been ­married for 58 years and continue to live together in Geneva but now lead mostly separate lives.

“He has his life and I have mine. How can you talk about that? Personal ­relationships are complicated, and it’s very difficult to explain that to the world.”

A complete recording of Petula Clark’s 1974 Valentine’s Day concert at the Royal Albert Hall will be released later this year. 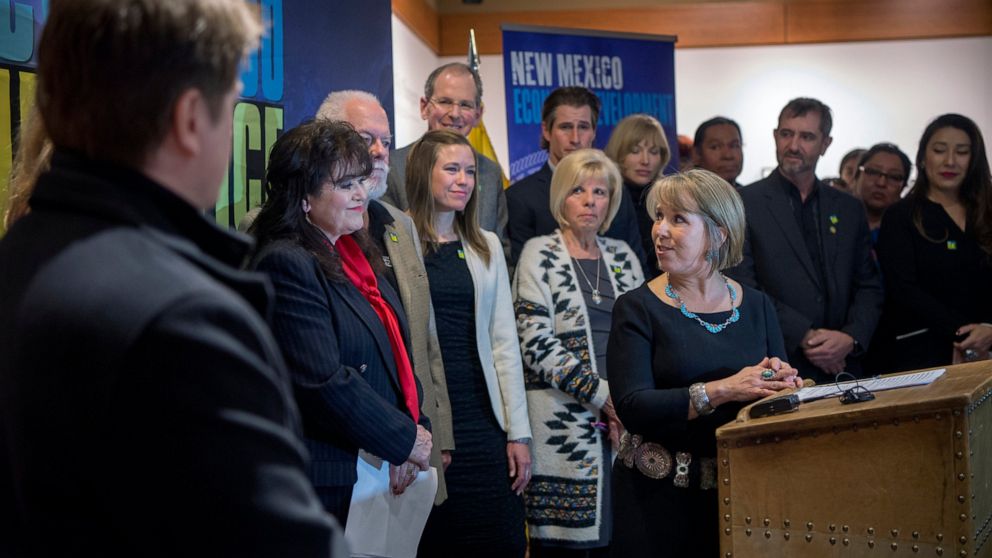 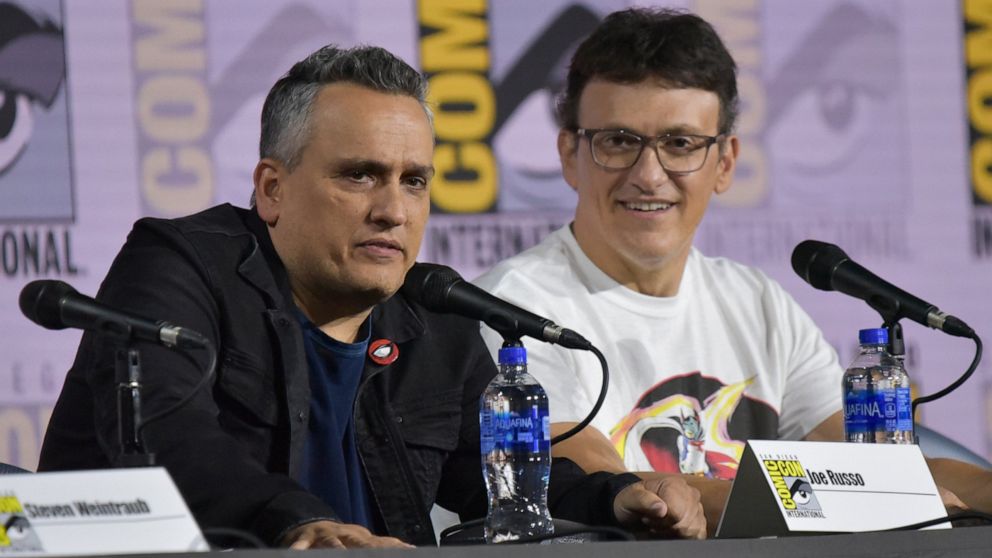 “Avengers: Endgame” directors Joe and Anthony Russo are doing a victory lap at San Diego Comic-Con Friday. The brothers reflected on their […] 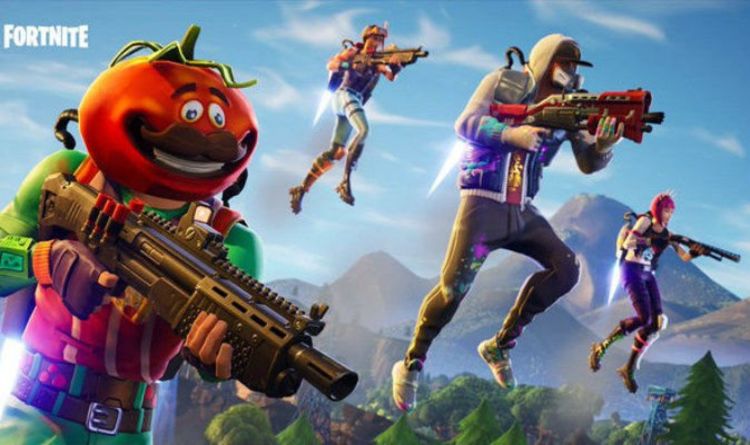 Fortnite Season 8 downtime and server maintenance is scheduled to start later today. This will affect all platforms, meaning that PS4, Xbox, […] 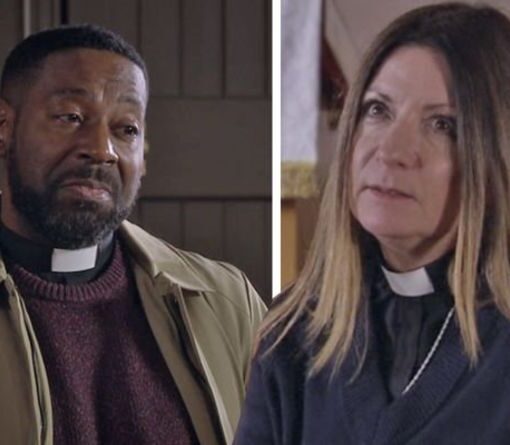 “Which explains why I had to fill in for the wedding recently,” the newcomer remarked.  “So these letters, what was in them?” […]