Arsenal sensationally leapt above rivals Manchester United, PSG and Atletico Madrid in the battle to sign Pepe at the weekend.

The Gunners had initially been seeking a deal for Crystal Palace’s Wilfried Zaha but, on Sunday, changed tact and opted to pursue the Lille forward instead.

And Arsenal have now announced the signing of Pepe, who has penned a five-year deal with the Gunners.

The Ivory Coast international, who moves to the Emirates in a blockbuster £72million deal, said: “Being here is very emotional because it has not been easy for me.

“I have come a long way and struggled a lot and so signing for this great club is a big reward.”

When asked about his decision to join Arsenal from Lille, he added: “It was my family and my agents.

“We talked and thought a lot about it. It was at the time of the CAN [Africa Cup of Nations] as well, we thought a lot during, before and after the CAN.

“It was important to make the right decision and I am convinced that Arsenal is the right choice.”

Unai Emery, who has smashed Arsenal’s transfer record by signing Pepe, added: “Nicolas is a highly-rated and talented winger who was wanted by many of the top teams in Europe.

“Signing a top-class winger has been one of our key objectives in this transfer window and I’m delighted he’s joining.

“He will add pace, power and creativity, with the aim of bringing more goals to our team.”

Saliba arrived from Saint-Etienne but will spend the next 12 months strutting his stuff in Ligue 1.

And Martinelli was the first to arrive, coming in from Brazilian side Ituano.

“If he can reach the same level that he did last year in Lille, which I believe he will, I think Arsenal fans will be very happy.

“He’s super quick, his left foot is silky, his 1v1 is second to none, he finishes really good, he takes penalties and free kicks.

“He’s a very accomplished player and I think Arsenal fans will be in for a treat.” 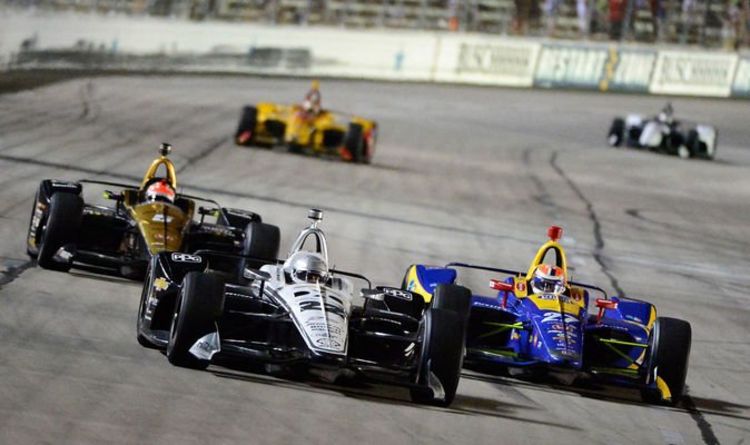 The Indy 500, one of motorsport’s most prestigious events, gets underway at 5.45pm (BST). Fernando Alonso, who sensationally quit Formula 1 last […]

Dutchman De Boer was charged with changing Palace’s playing style after taking over from Sam Allardyce this summer, but failed to record […]