NEW YORK (Reuters) – Manchester City’s dominance of English football is helping their affiliate clubs to be successful around the world, using their expertise on the pitch as well as off it, New York City FC sporting director Claudio Reyna said.

New York City FC are part of the City Football Group, with Manchester City being their flagship club, alongside Girona in the Spanish top flight and Melbourne City FC in Australia, as well as clubs in Japan and Uruguay.

The American side played their first Major League Soccer (MLS) match only in 2015 but they already have two second-place and one third-place finishes in the Eastern Conference.

That instant success, Reyna said, was largely thanks to help, not necessarily financial but at all levels, from the Premier League champions at the head of the “family”.

“We are a family of clubs at City Football Group and we all have direct links back to Manchester,” Reyna told Reuters in an interview.

“It is great to be able to have more insight, tap into the network that Man City has. From our coaches being able to go over and learn from their coaches in their academy, or have their academy director coaches come over here and support us to exchange out ideas.

“There is a sharing of scouting information at all levels. For the first team, it is very useful. It is great to get information, to learn. There is a shared philosophy of how to play football and how to get things done at City Football Group on the field and off it.

“In Manchester, Pep (Guardiola) is obviously doing an amazing job, and we all want to be playing soccer like that.

“One thing I have learned from day one is the organization that our chairman has trickles down throughout his teams. The plan is this, and there is no adjustment from that.”

Big Premier League clubs have often had feeder clubs in Europe where they have sent their young players to gain valuable experience, such as Manchester United with Royal Antwerp in Belgium or Chelsea sending youngsters to Vitesse Arnhem in the Netherlands.

However, the relationship New York City have with their Premier League giant associate is not simply City using New York and the other clubs in the group as an opportunity to blood their next generation of talent.

“We have had a few players in the past,” Reyna said. “We had Angelino, who City have recently re-signed from PSV (Eindhoven). He spent his academy years at City and he spent six months here in New York.

“But it is not just Man City, it is relationships across City’s entire group. For example, we have a 20-year-old Argentine here, Valentin Castellano, who we signed from our sister club Deportivo Torque in Uruguay.

“Having that relationship is a big benefit for us. He has scored five goals this year.”

FOCUS ON FUTURE AND PRESENT

Well into the 2019 MLS season, NYCFC hold the best points-per-game record in the Eastern Conference, while they possess the best goal difference in the league despite playing at least three games fewer than anyone else in the division.

Yet, with Manchester City’s wealth of expertise to turn to, Reyna’s plans for New York City go far beyond success on the pitch.

“We invest into the first team as well as the academy,” Reyna added. “We started from scratch in all aspects from a training facility to our academy and obviously our first team.

“A lot of the other MLS expansion teams had a longer period to get established and have had an academy for years now.

“We had to make sure that we put a competitive team on the field week in, week out but, at the same time, do all this work on player development and we are looking to sign three more players (from academy to first team) in the next six to 12 months from our local talent pool.

“It takes time. There is a lot of excitement around the sport. There is a younger generation of fan who, if they don’t play, they watch football. It is always positive for the future.” 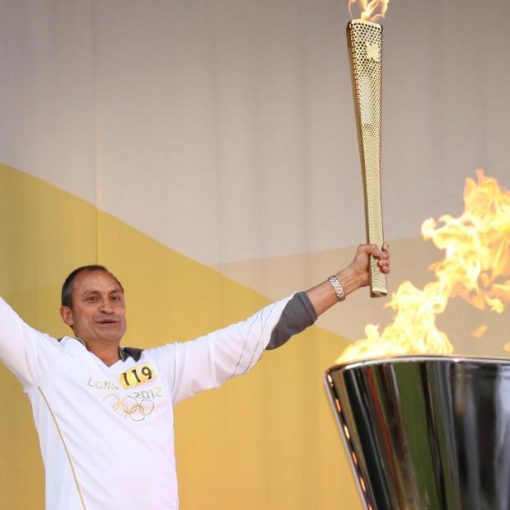 Sherwani, who won gold with Great Britain at the 1988 Summer Olympics in Seoul, South Korea, said he expects to eventually be […]