Manchester City have been accused of being “disrespectful” and “arrogant” by China’s state-run press agency after their appearance at the Asia Trophy last week.

Pep Guardiola’s side lost on penalties to Wolves in the final of the preseason tournament on Saturday in Shanghai after seeing off West Ham 4-1 in Nanjing last week. But while City were hoping their performances would cement their growing popularity in the country, an editorial with the headline “Chinese fans’ love for Man City goes unreciprocated on home soil” which appeared on Xinhua’s English language website on Monday appeared to suggest their conduct on the tour had produced the opposite effect.

Citing the failure of Guardiola’s squad to engage with local media and supporters, it goes on to accuse City of only coming to China due to a “desire to win wallets, not hearts and minds”.

“For the Premier League champions, their appearance in China was nothing more than a commercial obligation, and their lack of enthusiasm and the indifferent treatment of their hosts stands in stark contrast to representatives of other clubs,” read the article.

“For Manchester City, they saw their recent success as a reason not to treat Chinese and foreigners with the same respect. Above all, it was an orientalist expectation on display by the Manchester City press relations staff that Chinese media would operate as an extension of their PR department, rather than as serious football journalists.

“An attitude of arrogance and the belief that they were the main attraction to the Premier League Asia Trophy was misplaced and stood in direct contrast to the other clubs. Wolves could not do more to engage with fans and even Newcastle, despite arriving under a cloud of off-field negativity, treated China with the utmost respect and dignity. Today those clubs leave China with a new-found respect and new fans; Manchester City leave China with neither.”

City have refused to comment on the article, although it is understood that they believe it is not representative of the squad’s experiences in China. A few hours after it was published, a story with the headline “Bernardo and De Bruyne amazed by reaction in China” appeared on the club’s website which detailed some of the off-pitch appearances made by City players this week, including “a number of open training sessions and supporter signing sessions, with the excitement from local fans clear throughout”.

Asked whether the reception had made him proud to play for the club, Portugal international and player of the season Bernardo Silva responded: “It makes us feel like we are doing good work. People like us. And to come here to China and get this support is just amazing, so we’re very happy to be here.”

Nonetheless, with City Football Group having sold a 13% stake to consortium Chinese Media Capital in 2015, the negative reaction of the influential Xinhua agency with its close connections to Xi Jinping’s Communist Party is unlikely to have gone down well with City’s hierarchy. In February, the joint purchase of Sichuan Jiuniu FC was hailed as an “exciting new chapter” as the third-tier side became the seventh club to be added to CFG’s portfolio, while the group has also invested heavily in several ventures over the last year including an official baijiu partner – one of China’s most popular liquors – and launching a Fifa online team in the country.

Sheffield Wednesday have reported Newcastle to the Premier League for their conduct during the appointment of Steve Bruce as their new manager. […] 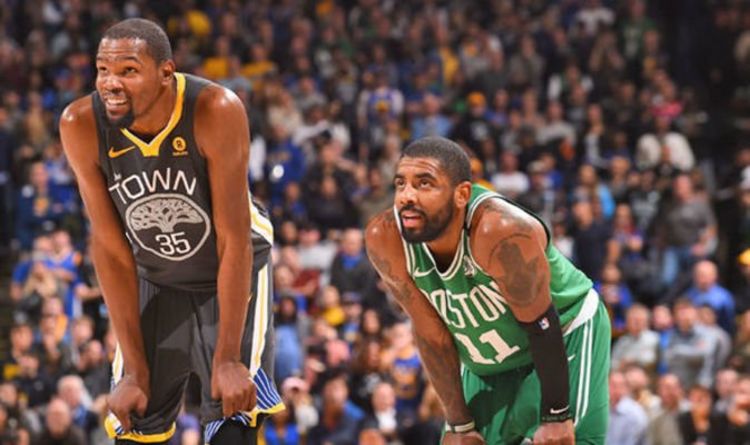 That’s according to NBA analyst Jalen Rose. Despite indicating back in October he would re-sign with Boston in the offseason when he […]