ASPEN, Colo. — As tensions in the Persian Gulf continued to ramp up on Friday afternoon amid news that Iran had seized a British oil tanker in the Strait of Hormuz, the head of the Defense Intelligence Agency, Army Lt. Gen. Robert Ashley, concluded that Iran does not want to start a war with the U.S. or its allies.

Answering a question posed by CNN national security correspondent Jim Sciutto in Aspen, Colo., about the latest incident, Ashley declined to give a specific response to the news, but later said that none of the United States’ major adversaries or competitors, including Iran, China and Russia, wants to start a war. “The outcome would be very horrific for all,” he said.

Since President Trump announced last year he was pulling out of the Obama-era Iran nuclear deal, the U.S. and Iran have traded barbs, escalating in severity under the leadership of Secretary of State Mike Pompeo and national security adviser John Bolton. The State Department in April designated the Iranian military, the Islamic Revolutionary Guard Corps, as a terrorist organization — a worrying move for U.S. military personnel who were soon declared terrorists by Iranian officials in turn.

Meanwhile, the U.S. has reimposed harsh sanctions on the regime, encouraged European allies to do the same and eliminated incentives for Iran to curb its nuclear development. Tensions reached a fever pitch last month when President Trump at the last minute pulled back authorization for missile strikes on Iran in retaliation for downing a U.S. spy drone.

Speaking at the annual Aspen Security Forum, Ashley interpreted recent Iranian aggression within the last six weeks, including allegations that the IRGC used limpet mines to attack ships in the strait and downing a U.S. spy drone in international waters, as a response to the pressure Iran is under from multiple angles including harsh economic sanctions and diplomatic force. “I see Iran at an inflection point,” he continued. “What you see is an attempt to break that status quo,” he said.

Ashley, who has served as the head of the DIA since 2017, made similar remarks in an interview with Fox News in July. He linked the U.S. departure from the Obama-era Iran nuclear deal, the Joint Comprehensive Plan of Action, with an “uptick” in Iranian aggression as a response.

Earlier in the day in the famed resort town west of Denver, officials from the Trump administration and the Obama administration debated different approaches to curbing Iranian aggression and bringing them to the negotiating table. Sigal Mandelker, who has served as the undersecretary of the treasury for terrorism and financial intelligence since 2017, told an audience of national security experts that the Trump administration’s harsh sanctions “without a doubt” are “working.”

She said that Trump, after reviewing the Obama-negotiated Joint Comprehensive Plan of Action, concluded that it had “fundamental flaws” and that the U.S. was not doing enough to punish Iran for its malign behavior, including its financial support for terrorists and proxy battles. She also said that Pompeo and Trump “are willing to sit down at any time” to speak with Iran.

However, Wendy Sherman, the former undersecretary of state for political affairs who was Obama’s lead negotiator on the Iran deal, concluded that the Trump administration was relying too heavily on sanctions. “Sanctions rarely if ever stop bad behavior,” she said, recounting a time under Obama when the Iranians were under significant financial pressure but still maintained thousands of operational centrifuges to enrich nuclear material.

While Ashley and Mandelker showed up at the annual meeting in Aspen, known for attracting top names in the national security establishment, the White House and other senior national security officials were absent. The acting head of the Department of Homeland Security, Kevin McAleenan, canceled his Thursday talk at the last minute.

Multiple attendees from government and the private sector told Yahoo News that the absence was notable, given the showing from previous years, and a potential sign of a deepening gap between the broader national security community and the White House on significant issues, including Iran. In 2018, directors from the FBI, the Department of Homeland Security, the Office of the Director of National Intelligence, the NSA, the National Counterterrorism Center and others showed up.

The absence of top officials this year may be intended to insulate the top intelligence officials from Trump’s fury, or what one congressional staffer called the “Coats effect,” referring to an awkward exchange at last year’s conference. The 2018 forum convened just days after President Trump, at a press conference in Helsinki with Russian President Vladimir Putin, publicly cast doubt on his intelligence officials’ conclusions that Russia interfered in the 2016 U.S. presidential elections.

During the forum in Aspen, top Trump officials including FBI Director Christopher Wray and Director of National Intelligence Dan Coats disagreed with Trump’s statements about the election.

Then, Coats was caught off guard when NBC’s Andrea Mitchell informed him on stage that Trump had minutes prior said he wanted to invite Putin to the White House. “OK. … That’s gonna be special,” Coats responded. There was a flurry of meetings between top intelligence officials within hours of the speech, according to attendees from last year, under the assumption that Coats would be fired the next day.

He was not fired, though he is not attending this year’s conference.

Download the Yahoo News app to customize your experience. 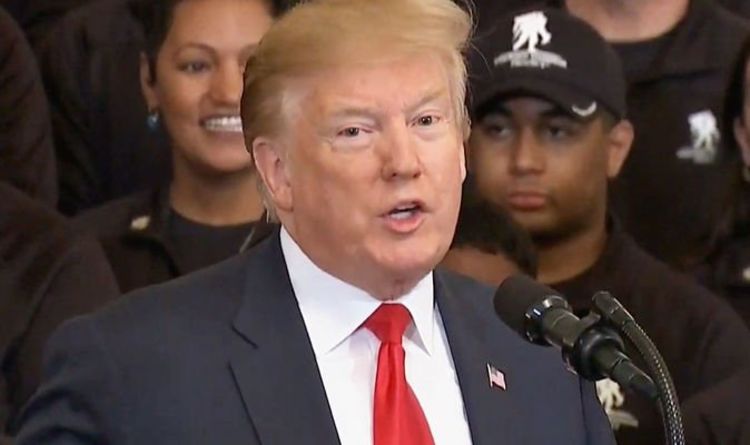 Donald Trump grinned and was greeted cheers as he revealed he was having a good day following the Mueller report findings. Mr […] 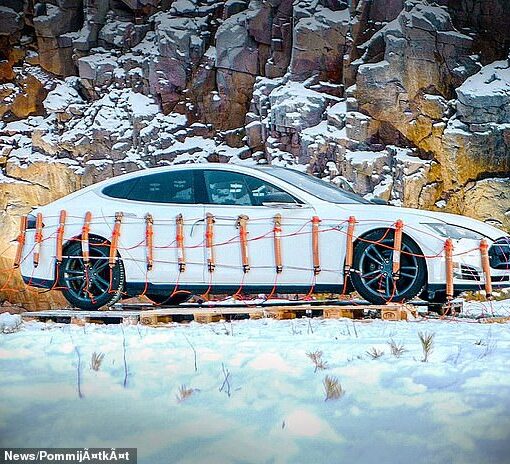 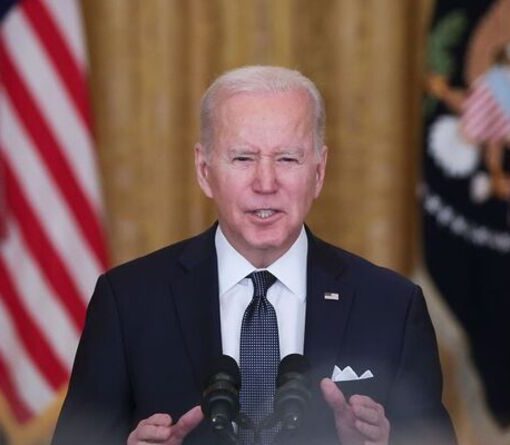 He said: “If Russia decides to invade, that will also have consequences here at home. “But the American people understand that defending […]