As the tussle for Tour de France supremacy rages, another Grand Tour is taking place just over the border in Italy, where Mitchelton-Scott occupy the box seat with just four stages remaining. The Australian team looks set dominate the 10-day Giro Rosa for a second year in succession having quickly established what looks to be an insurmountable lead in the biggest race on the Women’s World Tour calendar.

Dutch team leader, Annemiek van Vleuten, has surged so far ahead by stage six of the only women’s Grand Tour that her rivals could be forgiven for thinking the gap is to great to pull back. Her Australian teammate, Amanda Spratt, sits in fifth ready to pounce on any opportunity to once again join Van Vleuten on the final podium.

It is an impressive show of force from Australia’s only top-tier women’s cycling team, especially considering that before 2017 there was not even a hint they would consider chasing overall victory. Back then it would have been unthinkable they could break years of domination by the Dutch teams of Rabo-Liv and Boels Dolmans.

How has this Australian team of stage victory hunters managed to so quickly transform into a cohesive Grand Tour-winning powerhouse? The seed was sown in 2016, a year when Mitchelton-Scott skipped the Giro Rosa completely to allow team members to focus on Olympic preparation. It was a move that looked set to reap rewards for Van Vleuten as she charged to the front of the field and seemingly toward a life-changing gold medal. But a terrible crash on the descent meant she instead ended up in hospital with three spinal fractures and concussion.

It was a devastating outcome, but watching Van Vleuten ride away from every top climber in the world before the fall convinced the Mitchelton-Scott sports director of the time, Gene Bates, that he had a potential Grand Tour winner in his team. That meant it was time to follow the lead of the men’s team and start looking beyond stage wins.

As Van Vleuten recovered, work quickly began to prepare the team for a first tilt at the Giro Rosa general classification in 2017. The race that year was far from smooth sailing for Mitchelton-Scott as Van Vleuten, their freshly-minted overall hope, dropped a big chunk of time on a seemingly innocuous stage after missing a split in the field. Still it would be hard not to call it a successful experiment in the end. Van Vleuten ultimately clawed her way back to third overall and Spratt also stepped into the limelight, taking fifth.

The following year, a well-prepared Mitchelton-Scott team that had learned lessons from its first attempt brought dominance of Dutch teams to a grinding halt. Van Vleuten’s ever improving climbing abilities and time trial prowess helped her take victory with a margin of more than four minutes. Her valuable ally in the mountains, Spratt, joined her on the podium in third.

In only two years the team had created a Giro Rosa winner, another powerful contender and a squad with growing firepower in the mountains to support them. It is no wonder Van Vleuten came into this year’s race as the clear, unrivalled favourite.

“We have definitely come into this Giro with a fair bit of pressure,” said Lucy Kennedy, who bolstered Mitchelton-Scott’s climbing strength when the Australian rider signed on last year. “The whole team has come in fully expecting that we are going in to win the pink jersey and to defend it, which means we are going to have a really big, hard 10 days of racing.”

It appears Mitchelton-Scott is well placed to cope thanks to meticulous preparation, including an altitude training block in June for the team’s core trio of climbers – Van Vleuten, Spratt and Kennedy.

OK the alien has gone, now the race for the human beings begins

In the first big test for general classification riders on Tuesday’s stage five their plans played out perfectly. Kennedy’s pace at the front helped shred the peloton on the first climb, then Spratt sat on the wheel of Van Vleuten’s key rivals as the team leader launched a blistering attack at the base of the final ascent. The pace meant her rivals had little choice but to watch the Dutchwoman ride away to victory.

“Annemiek went and everybody was like, OK the alien has gone, now the race for the human beings begins,” said Italian favourite Elisa Longo Borghini of Trek-Segafredo.

With that move at 10km to go, Van Vleuten carved out a gap of nearly three minutes, which gave her the pink race leader jersey and a two-minute and 16-second buffer on her nearest rival on the general classification. On Wednesday’s stage six the world time trial champion took victory in the race against the clock and further extended her lead.

Now, with over four minutes lead on her nearest rival it would be a huge surprise if anyone could catch the in-form rider before the tour ends on Sunday.

“I did a recon of the stages so I know what is coming up and it’s not easy, especially the next three days, but my teammates are very strong,” said Van Vleuten after stage six. “Amanda Spratt and Lucy Kennedy are really strong uphill and I also have three engines for the flat so I am confident we can do this.” And Jose Mourinho, who oversaw another damning defeat this weekend – this time to Liverpool – may wish he was in the […] 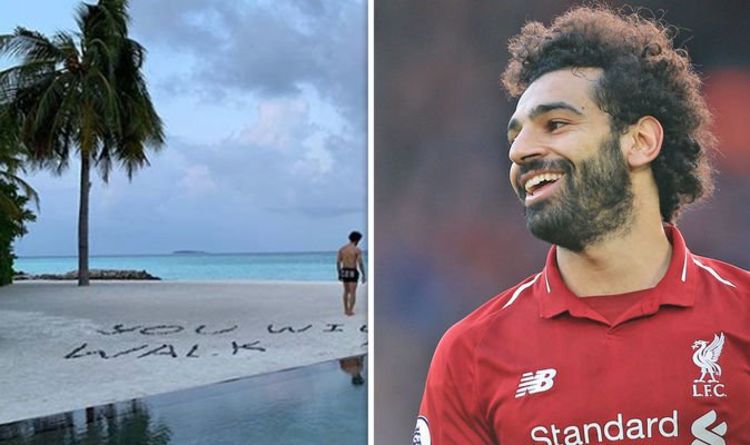 The Reds forward was left out of the Egypt squad for matches against Niger and Nigeria. But his omission did not come […]

Tennis chiefs issued an apology after the draw for the inaugural Next Gen ATP finals was branded a ‘disgrace’. Players picked between […]

UEFA NATIONS LEAGUE LIVE: Germany vs Spain – latest score and updates including Finland vs Wales and Bulgaria vs Rep. of Ireland […]