Texas multi-billionaire H. Ross Perot, who died June 9 at the age of 89 after a five-month battle with leukemia, catapulted into national consciousness during the 1992 presidential campaign. That was the year he ran as an independent in a race that ultimately pitted him against Republican George H.W. Bush and Democrat Bill Clinton. His campaigns, first that year as an independent and then as a Reform Party candidate in 1996, were the most successful bids for the presidency by a third-party candidate in United States history. Some argued that it was his success—he won 19 percent of the vote in 1992—that caused the political apparatus of the United States to change the rules (or rig the system, depending on your point of view) to make third-party candidacies far less threatening to the two-party system.

I first heard of Ross Perot when I was a 13-year-old girl living in a small Texas town outside of Ft. Hood, where my Army dad was stationed after we’d left Germany, never thinking that our lives would intersect in any conceivable way. The year was 1984, and I was in the flag corps of my school’s marching band. Our band played the half-time shows at the Friday night football games. And if you know anything about Texas, you know that football is king.

Ross Perot had become a specter over those Friday nights. Though he was a business magnate, having worked as a salesperson for IBM before founding Electronic Data Systems, then Perot Systems, he was also a man who wanted to take a hand and have a say in current events. He had been involved in attempting to free U.S. prisoners that he believed had been left behind in Vietnam. He tried to help free American hostages in Iran. And he had become a strong influence in Texas politics and lawmaking.

In 1984, Democratic Governor Mark White appointed Perot to head an education panel. Perot learned that rural students were missing nearly 30 days of education instruction to participate in Future Farmers of America shows of livestock, like chickens. Many were subsequently failing their courses. Perot became notorious for his dramatic arguments that kids who didn’t pass their academic coursework couldn’t compete in extracurricular activities like livestock competitions or school-sponsored sports. He gave fiery speeches on the topic while carrying a rubber chicken, to prove his point of course.

Texas football coaches and other school officials charged with educating young people had become notorious for passing along students who couldn’t even read or write, if they were great players on the field. Perot and other legislators believed that No Pass No Play was in students’ best interests. By the time I’d begun 7th grade, Ross Perot was a name already known to us in middle school as the patriarch of No Pass No Play, which meant simply that if a football player didn’t pass his classes, he was ineligible to play that Friday night. Perot had said that for minority students in particular, social promotion was “the cruelest trick. We institutionalize economic segregation for life.”

The iconoclastic, opinionated, and influential Perot had messed with Texas football. Yet, it seemed his efforts really were an attempt to support those who were disenfranchised.

No Pass No Play became the law of the land in Texas. But like a lot of well-intentioned policies, it had unintended consequences. In fact, it affected me in my sophomore year, despite the fact that I was not an athlete of any sort.

In 1986, my Dad had retired from the military and we moved to Houston. Texas was in the midst of an oil-crisis-induced recession, and it was an awful time for my Dad to retire to take a job at Exxon in Houston, a job that disappeared once we moved there. We subsequently lost our house and had to live with family. The pain and anguish, as well as the culture shock of leaving the small town we’d come to love, affected every aspect of our lives. I’d begun to fail for the first time in school. In fact, I failed my favorite class, English, with a 69.

Although I’d made it from district to regional competition in the University Interscholastic League Ready Writing contest—the only underclassman and the only African American in the district to do so—No Pass No Play meant that I was now ineligible to compete. Writing had been my refuge during an extremely difficult time in the life of my family. The irony of not being able to compete in a writing competition because of failing English was lost on no one. That my failure had more to do with the context of my life at the time than my inability or unwillingness to do my homework was.

H. Ross Perot had messed with my life.

But I’d go on to major in English anyway, and I was 21, in my third year of college, when I began to hear the name H. Ross Perot again, in 1992. This time, he was bringing his maverick voice to bear on national issues. The biggest one he’s remembered for is his perhaps prescient opposition to NAFTA. Perot’s argument in the 1992 televised debate was, “We have got to stop sending jobs overseas. It’s pretty simple: If you’re paying $12, $13, $14 an hour for factory workers and you can move your factory south of the border, pay a dollar an hour for labor… have no health care—that’s the most expensive single element in making a car—have no environmental controls, no pollution controls, and no retirement, and you don’t care about anything but making money, there will be a giant sucking sound going south.”

In the end, Perot was less concerned about corporations making money in the short term, and more concerned about a sustainable economy, one in which the little guy could still count on well-paying jobs.

Perot’s failure to capture enough votes to win the presidency notwithstanding, he made an indelible impression on the American public.

Then In 1996, this young woman, who failed high school English and was thwarted from her goal of competing in a regional writing competition by policies supported by H. Ross Perot, parlayed her English degree into her first job: as a technical writer at the Fortune 500 Company Perot Systems. It was a good company to work for, but it didn’t take me very long to recognize that learning tech speak and writing administrator guides for high-tech software was not for me. So, I left to go back to school to get my master’s degree. To finance it, I took a well-paying proofreading job at Perot’s first Fortune 500 company, EDS.

H. Ross Perot had messed with my life yet again.

As I reflect on the life and times of H. Ross Perot and the pivotal moments his life intersected with mine, I’m reminded of how he insisted that fresh creamer be stocked in Perot Systems’ workers’ lounges, instead of the packets of non-dairy creamer that were cheaper and easier to provide. In spite of popular opinion, Perot believed non-dairy creamer to be unsafe for consumption. His insistence on providing the good stuff for those who worked for him was another example of his many attempts to look out for the little guy.

It’s a perspective rare among America’s billionaires these days. 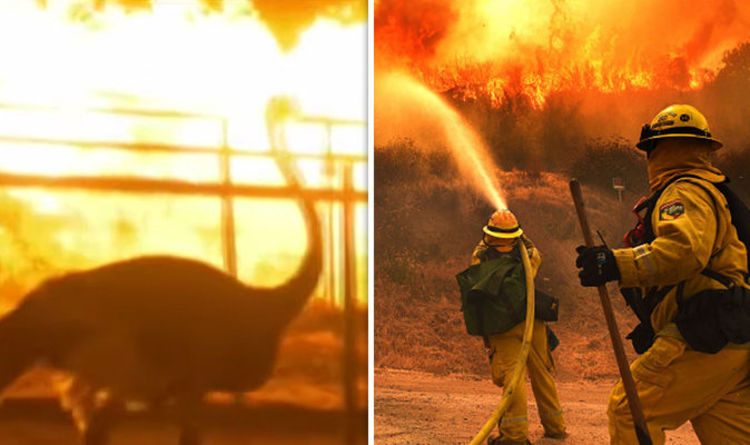 The devastating California Holy Fire has scorched nearly 20,000 acres this week, amid health fears over the spread of ash in the […] 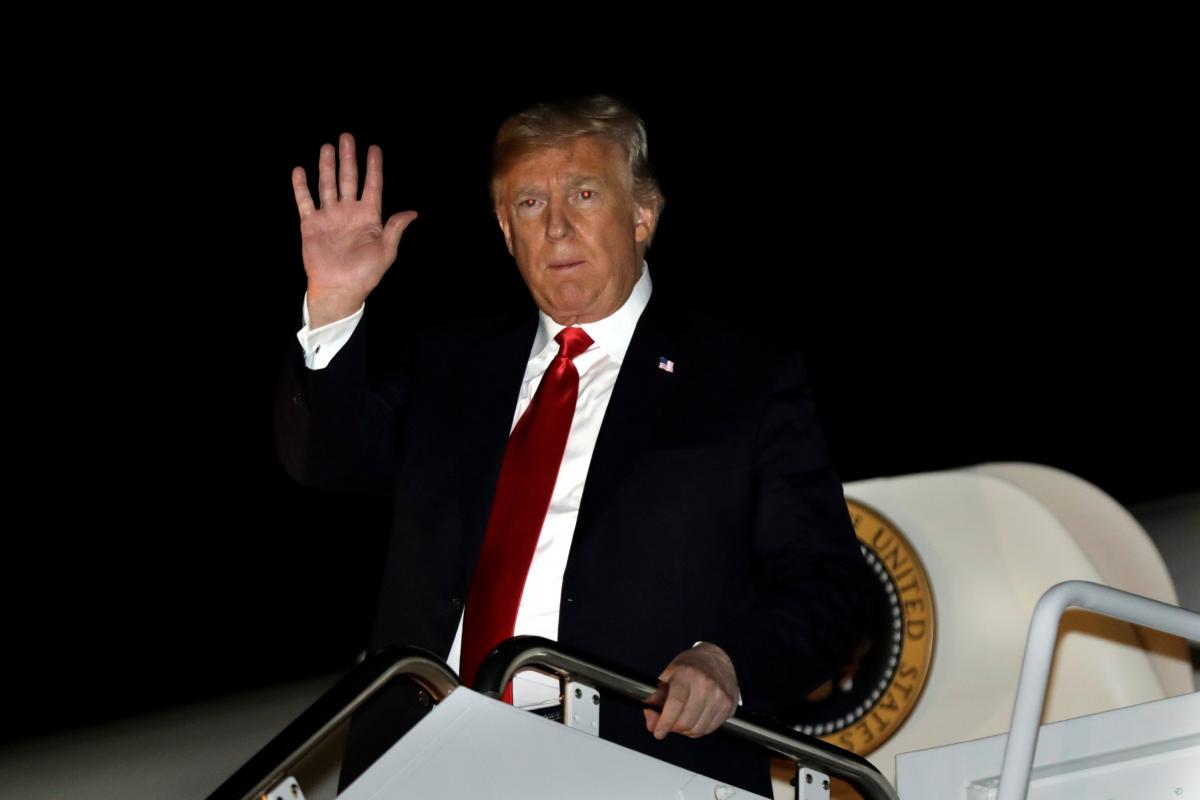 NEW YORK (Reuters) – U.S. President Donald Trump is expected to announce the lifting of a federal ban on summer sales of […] 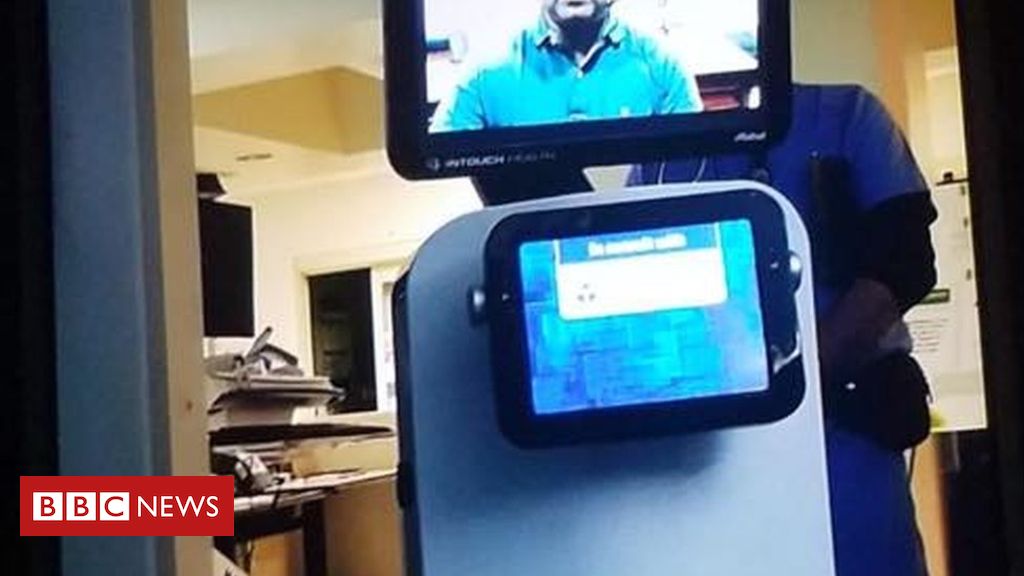 A 6-year-old girl was killed and five adults were wounded in a mass shooting in southeast Washington, D.C., late Friday, police said. […]