(Bloomberg) — A month before the 2016 U.S. presidential election, a rumor spread on Facebook. People were sharing a viral gimmick familiar to email spammers: Copy and paste this message to all your friends, or Facebook will share your private information. The hoax took off, particularly in pockets of the U.S. and the Philippines.

Inside Facebook Inc.’s Menlo Park, California, headquarters, a small group of staffers watched this rumor gain traction using a special software program they called Stormchaser. The tool was designed to track hoaxes and “memes” – silly, often untrue internet missives – about Facebook on the social network and other company-owned services including WhatsApp.

Since 2016, Facebook employees have used Stormchaser to track many viral posts, including a popular conspiracy that the company listens to users through their phone’s microphone, according to three former employees. Other topics ranged from bitter protests (the #deleteFB movement) to ludicrous jokes (that Facebook Chief Executive Officer Mark Zuckerberg is an alien), according to one former employee. In some cases, like the copy-and-paste hoax, the social network took active steps to snuff them out. Staff prepared messages debunking assertions about Facebook, then ran them in front of users who shared the content, according to documents viewed by Bloomberg News and four people familiar with the matter. They asked not to be identified discussing private initiatives.

Many companies monitor social media to learn what customers are saying about them. But Facebook’s position is unique. It owns the platform it’s watching, an advantage that may help Facebook track and reach users more effectively than other firms. And Facebook has been saddled with so many real problems recently that sometimes misinformation can stick.

Stormchaser is just one of multiple tools Facebook has deployed to manage its reputation, which has taken a dramatic hit thanks to its role in spreading Russian misinformation during the U.S. election and numerous privacy scandals. The company employs hundreds of public relations officials and spent $13 million on government lobbying in 2018. Zuckerberg and Facebook Chief Operating Officer Sheryl Sandberg have become so intertwined with the company’s image that Facebook routinely collects public survey data to understand how the general public views them – data that shapes what the executives say and do publicly.

These internal efforts, which haven’t been previously reported, also included a program dubbed Night’s Watch, after HBO’s Game of Thrones, that let staff monitor how news coverage of Facebook spread on the social network and apps such as WhatsApp. Messages and content on WhatsApp are encrypted, but Facebook could get a sense of what went viral on that app by looking at how some people mentioned information from WhatsApp when they posted to Facebook.

It was with Stormchaser, though, where Facebook went on offense. In the Philippines, Facebook put an alert atop users’ news feeds informing them that the “copy and paste” meme was not true. In the U.S., Facebook promoted a post from one of the company’s official Pages debunking the meme. These counter-programming messages, run by Facebook’s product marketing division, were called “quick promotions” and were, like most things at Facebook, measured intensely. In one internal message, viewed by Bloomberg News, a staffer told colleagues that a QP in the Philippines was reaching users at a “slow rate,” hitting only 20,000 of a targeted audience of 750,000. In another message, a Facebook employee discussed a proposal to target U.S. users with a QP saying the company was focused on fake news and explaining how to report such misinformation.

According to a former staffer who worked with Stormchaser, the initiative showed how the company prioritized projects refuting fake news about Facebook over other forms of misinformation spreading on the social network. The company now hires outside fact-checking groups to try to correct false content on its service, although results have been spotty. Still, other former employees described Stormchaser as a necessary effort to inform users and clarify information, something that most companies do.

Read about alarming lessons from Facebook’s push to stop fake news in India.

A Facebook spokeswoman said the messages countering hoaxes were only sent a handful of times, including in the Philippines. In another instance in 2015, messages were sent to clear up a rumor that Facebook would start charging users. The next year, data from Stormchaser was used to send people in India and Brazil more information about a plan for WhatsApp to share account information with its parent company, Facebook. The spokeswoman disputed the idea that Stormchaser was similar to combating misinformation more broadly, a massive challenge for Facebook since 2016.

“We didn’t use this internal tool to fight false news because that wasn’t what it was built for, and it wouldn’t have worked,” the spokeswoman wrote in an email. “The tool was built with simple technology that helped us detect posts about Facebook based on keywords, so we could consider whether to respond to product confusion on our own platform. Comparing the two is a false equivalence.”

Facebook stopped using Stormchaser to respond to memes in mid-2018, she added, but did not specify why. The technology still exists, though.

The company continues to use polls to measure how its top leaders are perceived. These surveys of public perception operate much like political campaigns, according to people familiar with the process. The data, which was collected quarterly at one point following the 2016 election, is used to determine where Zuckerberg and Sandberg have goodwill with Facebook’s users, and where they need improvement.

In one presentation summarizing data on Zuckerberg from June 2017, the CEO was rated on personality attributes, including terms like “mature,” “honest” and “passionate.” He scored highest on “innovative,” and lowest on “shares my values.” Zuckerberg was also charted against rival CEOs. Another slide showed a grid measuring “favorability” and “familiarity,” with Zuckerberg nestled among names like Oprah Winfrey, Anderson Cooper and Jimmy Fallon in the “well-known, well liked” quadrant. The chart showed that Zuckerberg was less likable than Pope Francis, but slightly more familiar. Sandberg was in the “not well-known, well liked” column.

Other slides detailed reactions to Zuckerberg’s commencement address at Harvard University in May 2017. The speech was rated more “inspiring” than his F8 conference keynote talk earlier that year, in part because of “the inclusion of his own experiences.”

The internal slides provide a rare glimpse at Facebook’s internal priorities and what the company’s communications and marketing teams think about top executives. Former Facebook Chief Marketing Officer Gary Briggs instituted the surveys after joining the company in late 2013. His theory was that Zuckerberg’s reputation influenced Facebook’s, and vice versa.

“Mark was skeptical, but I had a hunch that focusing on his reputation would improve Facebook’s as well,” Briggs said in a statement provided by Facebook. “My team did this research with the goal of convincing him and improving both. In the end, Mark chose not to focus on this much.”

That didn’t mean the research was ignored. A slide toward the end of the June 2017 presentation outlined where Zuckerberg should focus his attention moving forward. It asked the question “why does it matter?” before providing its own answer: “These reputational territories will help inform everything from key messages, speaking opportunities, who to appear with, focus of posts, goals, etc.”

When Facebook employees presented the findings to Zuckerberg in his glass conference room known as the Aquarium, he took particular issue with a slide that focused on innovation, according to a person familiar with the presentation. Zuckerberg’s face appeared on a slide next to a photo of Microsoft Corp. co-founder Bill Gates under the label “Historic Innovation.” Below that was a description: “Once pushed the limit / boundaries to develop something new.” To the right, Tesla Inc.’s Elon Musk and Amazon.com Inc.’s Jeff Bezos were under a different label: “Current Innovation.” The descriptor below their pictures read, “Continuing to push the envelope.”

Zuckerberg was incredulous, according to this person. The idea that he was a former innovator, and not a current innovator, wasn’t just a knock on Zuckerberg himself – it was a knock on Facebook, which relies on its reputation for creativity to recruit software coders and sustain company morale. The data was presented to Zuckerberg a year after the company unveiled Building 8, its secretive hardware lab focused on moonshots, and just weeks after Facebook executives went on stage at its annual developer conference to talk about tech that could transfer a person’s thoughts into text on a screen. By the summer of 2017, Facebook had copied some of the best features of Snapchat, a messaging and photo app that competes with Facebook’s Instagram.

Gates was the most frequent benchmark for Zuckerberg in the slide presentation. In the “favorability” and “familiarity” slide, Gates was listed as the most “well-known, well liked” person on the grid. Another slide showed the gap between Zuckerberg and Gates when it came to character traits like “humble,” “trustworthy,” and “charitable.”

Zuckerberg and Gates are close friends, and Zuckerberg thinks of Gates as a mentor — though that’s not necessarily why the Microsoft co-founder is the most frequently mentioned executive in the presentation. Instead, those familiar with the effort believe Gates is the only real comparable to Zuckerberg at this stage in his career: A well-known tech founder who came out of a period of great scrutiny – Gates had his own battles with regulators in the past – to become a marquee philanthropist. That arc was outlined on one of the slides.

“It is worth noting how perceptions of Bill Gates have greatly evolved over the past 40 years,” the slide reads. “Establishing reputation takes time.”

–With assistance from Sarah Frier.

To contact the editor responsible for this story: Alistair Barr at [email protected], Molly Schuetz 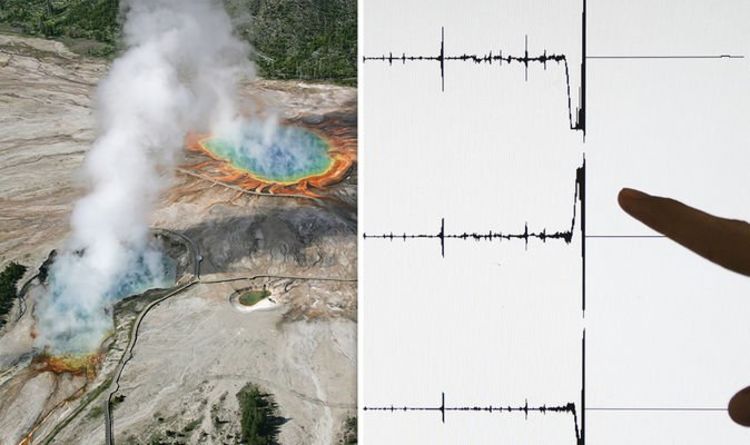 The Yellowstone caldera gets its chilling label as a supervolcano due to its capability to inflict devastation worldwide. Hidden beneath the US states of Idaho, Montana […] 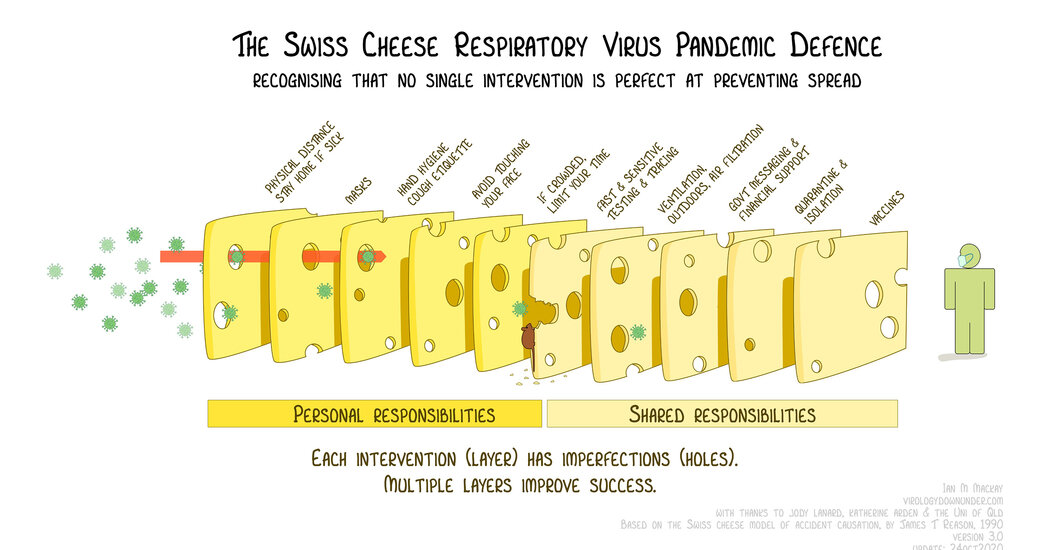 Q. What have we learned since March? A. Distance is the most effective intervention; the virus doesn’t have legs, so if you […] 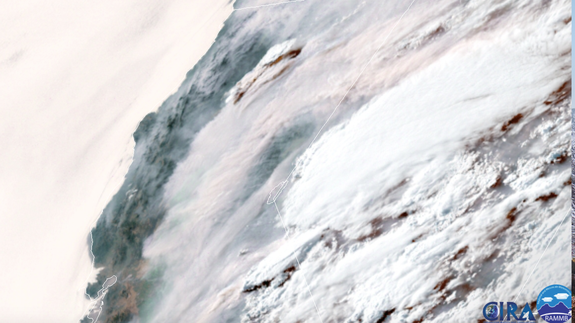 Triple-digit temperatures and parched land have left much of California’s expansive forests vulnerable to any spark or flame. The Carr Fire, which […] 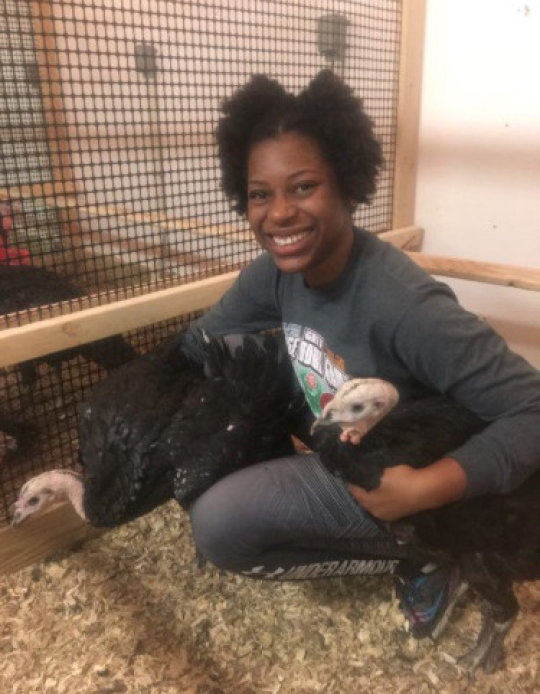 To meet increasing consumer demand for heritage-breed turkeys to be the centerpiece of holiday and other meals, researchers are studying methods producers […]