Given Phil Neville’s growing vexation with the new zero-tolerance handball rules it is perhaps appropriate that England’s World Cup campaign ended in proximity to the Var river.

“Handball is the big problem, it’s a nightmare,” the manager said as England, albeit deservedly, lost the third‑place play-off 2-1 against Sweden in Nice on Saturday amid another VAR controversy. “With VAR, it’s a minefield; even I don’t understand it.”

An Ellen White “equaliser” was disallowed for handball after the striker pursuing the Golden Boot award could not prevent the ball hitting her right arm as she chested it down while tussling with a defender.

No matter that this inconsequentially fleeting contact was irrelevant to the execution of her finish, the approach to handball now permits no room for intent and a VAR review ruled it out.

“I don’t know where the game’s going,” Neville said. “I really don’t. Handball is the big problem. It wouldn’t surprise me if Fifa have a look at it after this World Cup and tweak the wording. They’ve obviously seen what’s happening.”

Neville’s beef is with the rigid, perhaps unrealistic, definitions of what is supposed to be a natural position of a player’s arms as part of their “silhouette” and an unnatural, possibly penalty-conceding pose.

He will stress its inherent unfairness at a World Cup managers’ debrief with Fifa, citing not just the White incident against Sweden but another which went England’s way when Fran Kirby’s cross hit the helpless Scotland left-back Nicola Docherty on the arm to earn Nikita Parris a penalty early in the pair’s opening Group D game in Nice. Parris converted her kick, setting the Lionesses on course for a 2-1 victory.

“I think the prime example for me is the penalty we got against Scotland; that and the [Ellen White] goal disallowed today that was deemed to be handball,” Neville said.

“There’s a grey area between what is unnatural and the silhouette – even I don’t understand it. If you look at the goal we scored against Scotland, the defender’s thinking: ‘That’s never handball.’ Ellen today was thinking the same. And she had the Golden Boot on the line. It’s cruel. So we probably need to ask: ‘What is handball?’ I feel sorry for the person giving that. I thought: ‘It’s a minefield, this handball one,’ and it will continue to be so.”

Even so, he concedes the former system whereby referees had leeway to interpret handballs for themselves was also imperfect.

“If you abide by the law of common sense you are going to get so many inconsistencies, week in, week out,” he said. “It has to be black and white. I think in this tournament they have applied those black-and-white rules.

“And they have been implemented to the letter of the law. You can’t speak to the referee afterwards and say: ‘That wasn’t handball’ or ‘That wasn’t offside’. It takes away all the controversy.

“But when it happens to you, a decision goes against you and you have a goal taken away from you [such as the one White thought she had scored in the semi-final against USA] it’s a nightmare. It will take some getting used to.”

Neville has had some criticism from former England players, including the goalkeeper Siobhan Chamberlain, after branding the third-place play-off a “nonsense game”. When England beat Germany to win bronze at Canada 2015 many regarded it as a career highlight.

England’s manager remained unapologetic. “People can dramatise things,” Neville said. “We’ve not disrespected the game but we came to the tournament to finish first. We wanted gold not bronze.”

A manager who has consistently maintained his new possession-heavy style is non-negotiable is adamant this philosophy will pay dividends but there was concern on several occasions when mix-ups between the goalkeeper Carly Telford and her backline nearly gifted Sweden goals as England endeavoured to play out from defence.

Not that Neville would change anything – with one exception. “I wouldn’t have got the haircut I’ve had here, that’s for sure,” he said. “There’s a million things I could have done better but, no, I wouldn’t have done anything different.”

Neville’s next challenge is to prepare for Tokyo 2020 and it seems some diplomacy is going to be called for as he informs several Lionesses they will not be on the plane to Japan. “I can only pick 18 players and we have 23 in this squad,” he said. “So I’m going to have to lose five from my World Cup squad before I can even think about the other home nations – it’s a tough one.

“But it’s not going to be an all-England GB team, that’s for sure. I’ve got to give the Scottish and Welsh players the same respect I give my English players and make sure I treat them no differently. But they will have to play the style of football I want so I will need to get them on board quickly.” 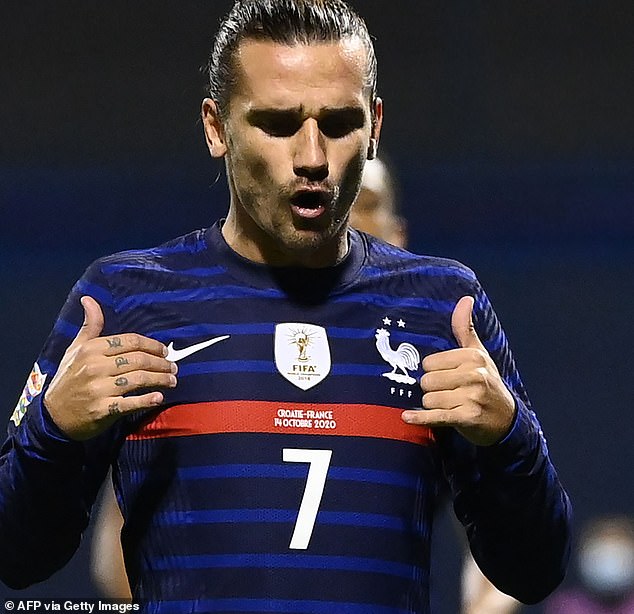 ‘Didier Deschamps knows where to play me’: Frustrated forward Antoine Griezmann takes a swipe at Ronald Koeman over his Barcelona role on […] It is a case of one down, one to go in England’s pair of quasi-World Cup quarter-finals. Having restored confidence with a […] 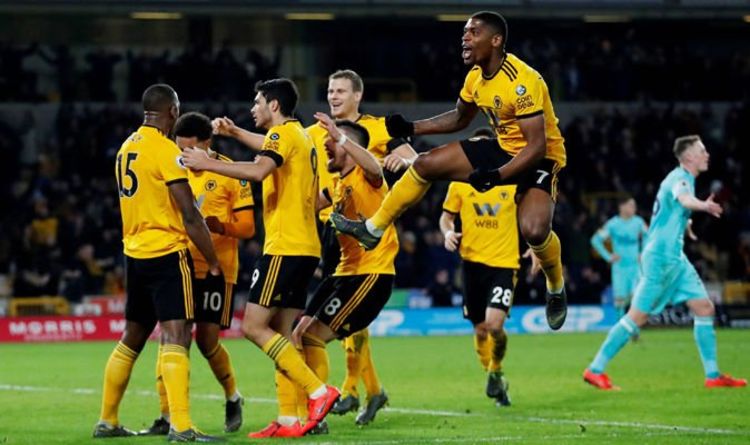 After a run of three successive wins, Wolves looked like they were about to come unstuck as Isaac Hayden gave the visitors […]