I was 13 when my younger sister lost an astonishing amount of weight, slept for days on end, constantly needed to urinate and could not quench her thirst even after three or four glasses of water. These symptoms escalated very suddenly; within a week, she was diagnosed with Type 1 diabetes. At just 11, her blood sugar levels were at near-fatal levels. She could hardly walk and was put in an ambulance with an oxygen mask and rushed to a hospital, where she initially spent several days in high-intensity care.

Throughout my sister’s health decline, my mom instinctively believed that it was more than just a stomach bug or sickness. She’d researched the symptoms and come to the conclusion that my sister had diabetes before it was diagnosed; she was able to tell the doctors exactly what to test for.

This is what struck me the most and caused me to become hypervigilant about my own health. I was convinced that had my mom not been aware my sister had symptoms of diabetes and taken her to the doctors, she may not have been given the diagnosis and the subsequent care she so desperately needed.

Just shy of two years after my sister’s diagnosis, when I was 14, she had severely low blood sugar during the night, and we woke up to her having a seizure. An ambulance was called and my parents treated the hypoglycemia accordingly, trying to stay calm in such an alarming situation. I remember having to take internal school exams later that day, feeling extremely on edge and underperforming throughout the test.

Though I was relatively young when all of this happened, the trauma of my sister’s severe health issues manifested itself as hypochondria several years later.

When I was 15, I irrationally believed I had some kind of heart disease, with no evidence to back up this claim. By the time I was 18 and first started university, I found I was generally anxious due to starting new contraception pills. I was constantly concerned about what they were doing to my body and kept focusing on the possible side effects. I felt more insecure about my health because I was living away from home. The next year, at 19, my health became the center of my anxiety. I found myself becoming increasingly certain that something was seriously wrong with me all the time, no matter how irrational it seemed to everyone around me. Almost every symptom I saw online seemed to resonate with me, and I was constantly checking myself for pain or a lump.

I was worrying to the point of making myself ill ― experiencing anxiety, weight loss, panic attacks and hair loss. I was convinced these worries were more severe than I had previously anticipated. I had numerous blood tests, but nothing was really confirmed, other than the fact that I was experiencing symptoms of stress.

More than anything, though, I became ashamed that I was allowing myself to be consumed with such seemingly irrational thoughts in my day-to-day life. This made my worrying worse, and I felt like I couldn’t admit it to anyone. I felt out of control, struggling to eat, struggling to sleep and struggling to concentrate during lectures. I even had to completely avoid social media posts about diseases because they would make me so anxious I was convinced that I, too, would spontaneously start developing those symptoms.

Finally, the worries became too heavy to bear.

Early in my second year, I had been experiencing heart palpitations and pains as a result of my surfacing hypochondria, when my friend told me that her dad had passed away because of an undetected heart condition. Convinced that I, too, may die of an undetected heart condition, l went to see my doctor at university, who told me I was likely experiencing this because of how stressed I was.

Despite this, she said there was no harm in having an electrocardiogram scan to rule it out completely and put my mind at rest. Predictably, there was nothing wrong with my heart as such, only the fact that my heart rate was ridiculously fast due to having to physically confront one of my health anxieties for the first time. After further tests, this was confirmed and I was pointed toward my university’s wellness and health center. However, I wasn’t then ready to admit how bad my hypochondria was starting to become and that it may be a mental health issue.

Later in the year, I had an intrauterine device fitting: I have always had bad periods and had tried several contraceptive pills, which I found generally made me feel really anxious and ultimately elongated my periods. Just before the appointment, I remember being sent a video of what to expect, and the (low-level) risks that can be associated with the IUD, having also heard from others how painful it was. This made me so, and the pain was so unbearable that they were unable to insert the IUD the first time. However, I was really proud of myself as I managed to gain control of my anxiety during the second appointment, for a successful and less painful insertion.

A few weeks later, I was then convinced I was urinating more frequently and becoming increasingly thirsty. Jumping to the conclusion that, like my sister, I must have diabetes too, I went back to the clinic, where I broke down in tears after finding out that I didn’t have a water infection or ketones in my urine.

I was constantly set on needing answers and reassurance that there was nothing wrong with me. And of course, if I didn’t have what I thought, there weren’t going to be answers. I needed to confront my hypochondria, which was starting to spiral out of control. I kept developing new worries as soon as previous ones were alleviated.

In my experience, the doctors I saw were keen to do everything necessary to put my mind at rest since hypochondria is not uncommon. What I didn’t anticipate, though, was how easily those around me would dismiss one of my health worries ― worries that had escalated to the point where they were consuming my thoughts. I felt that people simply thought I was being stupidly irrational and they were impatient and unconcerned about the toll my anxieties were taking on my mental health.

Those around me often underestimated just how anxious I was and how deep-rooted my health worries had become. I was experiencing panic attacks even after I had been given medical reassurance. I was really lucky that my boyfriend throughout my first and second year of university was able to understand my hypochondria. He had experienced a few panic attacks because of health worries himself, so when I talked to him about it, he was extremely supportive when I was anxious and was really good at reassuring me without dismissing how I felt.

When it came to second-year exams, however, after my experiences with the IUD, my hypochondria and general anxiety reached a crisis point and I was really struggling. I was too ashamed to go to the doctors, I was really homesick, I couldn’t concentrate on revision at all and I thought I might have to postpone my exams.

Subsequently, this caused a lot of strain on my relationship before it ultimately ended; stressed with his own exams, my boyfriend felt overwhelmed and didn’t show me the same level of support and understanding that he had shown before. This led to me feeling really guilty about being anxious, not wanting to burden others during exam period.

During my exams, I wanted to prove to myself that I could still cope by myself and I didn’t want to admit that I needed help. Luckily, my dad, being a hypnotherapist, was really easy to talk to and was able to teach me coping mechanisms to get through it.

I’m now nearly 20, moving on to my third and final year of university. Although I’m still struggling with hypochondria and anxiety this year, I’m much more equipped to manage it.

Ultimately, I have realized that hypochondria is nothing to be ashamed of, and it’s something a lot of people can relate to. I’ve learned the importance of challenging my irrational thoughts by admitting and talking about them. Like most mental health issues, having honest conversations about how I was feeling lightened the burden, and suppressing my worries only made them worse and only confounded my shame. Looking back, though, I should have considered going to see a mental health professional and if my issues get worse again, I’ll definitely seek one out.

Talking to my family, in particular, has been really helpful since my parents understand exactly where my hypochondria stems from. I’ve also learned coping techniques, such as breathing and relaxation exercises, and have grown to understand my health symptoms in isolation, rather than letting my health anxiety spiral into the belief that I have a serious illness. I’m also now able to resist the urge to Google a symptom straight away, but more importantly, I’ve learned how to be aware of symptoms without internalizing them.

By actively talking to others and surrounding myself with patient and understanding people, I’ve realized it’s more than OK to ask for help when you need it. When a mental health issue is affecting your day-to-day life, you shouldn’t feel guilty for accepting people’s support or even seeking support from a mental health professional.

Have a compelling first-person story you want to share? Send your story description to [email protected] 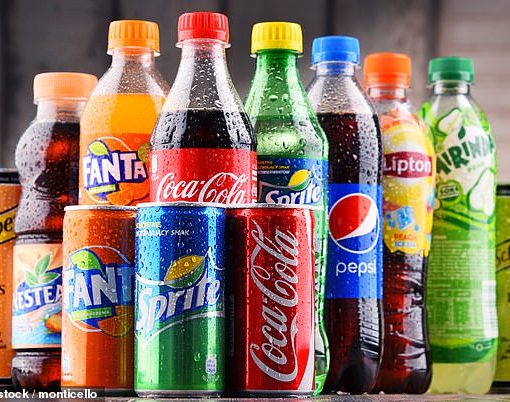 How sugar can affect your child’s BRAIN: A diet full of sweet treats early in life can lead to memory issues, study […] 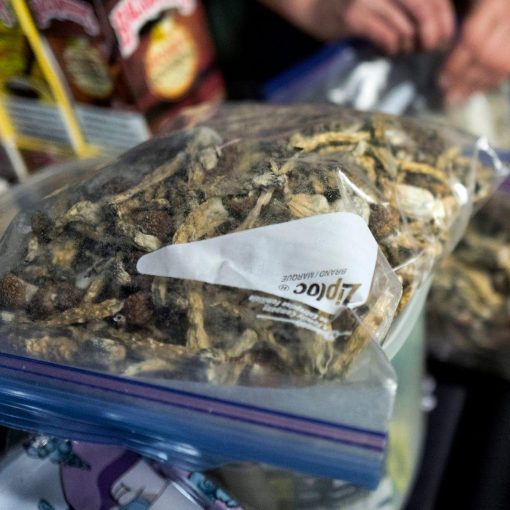 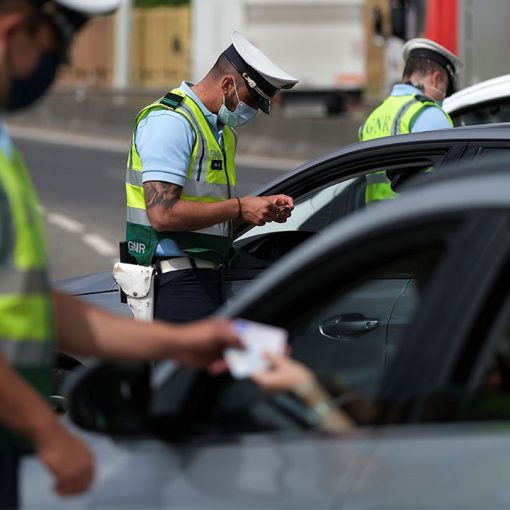 Police officers stop cars at a checkpoint to prevent unauthorized travel into and out of Lisbon, Portugal, on 18 June. Pedro Nunes/Reuteres […] 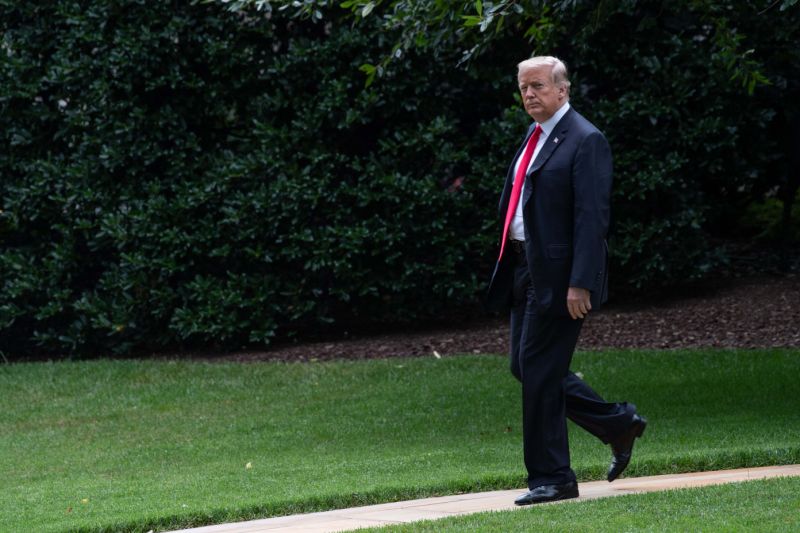