Although the unprecedented encounter comes despite the lack of any measurable progress on denuclearization between Washington and Pyongyang, Trump declared the meeting a success.

Both leaders predicted it would lead to better things to become between their two countries.

“Stepping across that line was a great honor,” Trump said after the two walked toward each other and shook hands.

As he and Kim met in a nearby room minutes later, Trump declared: “This was a special moment.”

He said he and Trump have an “excellent relationship” that made such a meeting — hastily arranged following an invitation by Trump on Twitter late Friday — possible.

“This means that we can feel at ease,” Kim said through a translator. “I believe that this will have a positive force on all of our discussions in the future.”

He also told Trump that he “never expected” to see the president “at this place.”

Yet for all the fanfare, there are no signs that the U.S. and the North have made progress on the nuclear weapons issue that has led to North Korea’s estrangement from the world in the first place.

“We can only call it historic if it leads to something,” Victor Cha, a former Asia director at the White House and an NBC News contributor, said on MSNBC.

Trump’s last summit with the North Korean leader — in Hanoi, Vietnam, in February — collapsed abruptly, with a planned signing ceremony scrapped and Trump explaining to reporters that “sometimes you have to walk.”

At the center of that failure, U.S. officials have said, was Kim’s insistence that all nuclear sanctions be lifted in exchange for only some concessions sought by the U.S. from Pyongyang related to its nuclear program.

But a senior Trump administration official told NBC News on Sunday that one possible outcome from Trump’s handshake with Kim is that it could jump-start negotiations between the U.S. and North Korea at a lower level being led by Stephen Biegun, the U.S. special representative for North Korea.

Those talks could then focus on making more substantive progress on the nuclear issues.

Still, national security hawks and many of Trump’s critics have warned that such meetings give legitimacy to Kim and remove pressure needed to get the North to rid itself of nuclear weapons without accomplishing anything concrete.

Trump also invited the North Korean leader to Washington. “I’ll invite him to the White House right now,” he said. Kim said it would be a “great honor” if Trump visited Pyongyang.

Neither of those are likely to occur in the short term given the immense logistical and security challenges of arranging such a visit between countries that do not have diplomatic relations.

Underscoring the extraordinary nature of Sunday’s meeting between the leaders, U.S. officials were unsure that it would actually happen until the moment Kim arrived, the senior official said, even though North Korea had agreed to it.

The handshake and Trump’s visit to the DMZ unfolded in chaotic fashion under overcast skies as even White House officials accompanying the president were unsure what would happen next and journalists jostled to capture the historic encounter.

Trump and South Korean President Moon Jae-in landed in a helicopter mid-afternoon in the DMZ and proceeded to a vista overlooking North Korea where U.S. presidents are often photographed during visits to the area.

Sean Morrow, commander of the U.N. Security Battalion, gave Trump a briefing about the area and the security situation, gesturing toward the distance.

Trump said that the security situation in the area had gotten better.

“There was great conflict here prior to our meeting in Singapore,” Trump said. “After our first summit, all of the danger went away.”

He added: “It’s all working out. It always works out.”

Trump then traveled a short distance to speak with U.S. and South Korean troops who patrol the South Korean side of the border.

“You are terrific people, you’ve done a tremendous job, and we’re with you all the way,” Trump said.

Earlier, standing with Moon at the Blue House, South Korea’s equivalent of the White House, Trump said that he and Kim “understand each other, I do believe.” He said that both he and Kim wanted to hold the meeting “from the beginning.”

“He understands me, and I believe I maybe understand him,” Trump said. “Sometimes that can lead to very good things.”

Trump was already the first U.S. president to meet a North Korean leader while in office, having met with Kim twice before. This marks the first meeting in the no-man’s-land between North and South since the end of the Korean War.

Moon, a liberal in South Korea’s political world who has pushed hard for more engagement with the North, announced while with Trump that he planned to accompany the U.S. president to the DMZ. He said even a handshake between Trump and Kim would be “an historic event.”

“I hope that there will be progress made between the leaders of the different countries, together with the people of the Republic of Korea,” Moon said through a translator.

Although Moon was accompanying Trump to the DMZ, he said he would not participate in the meeting, saying that “as for an inter-Korean dialogue, this will happen a later time.”

In the run-up to Trump’s trip to Japan for the Group of 20 summit and his subsequent stop in Seoul, there were signs that a potential tête-à-tête with Kim could be in the works.

South Korea’s president said publicly that U.S. and North Korean officials were holding “behind-the-scenes talks” to arrange a third summit between their leaders, although North Korea’s foreign ministry later seemed to distance itself from that notion by saying South Korea should cease trying to mediate with Washington.

High-level U.S. visits are typically shrouded in secrecy and accompanied by significant security arrangements, with American leaders often holding photo-ops from a vista where they can peer through binoculars at North Korean soldiers not far away.

Trump had planned to visit during a previous trip to South Korea, but his helicopter had to turn back amid bad weather.

Dennis Rodman, the former NBA star who has played an unusual role in U.S.-North Korea diplomacy, wrote on Twitter that he was wishing “my friends” Trump and Kim “a very good meeting.”

“Much love to you both and keep up the wonderful progress!” Rodman wrote, appending the hashtag: “#PEACEANDLOVE.” 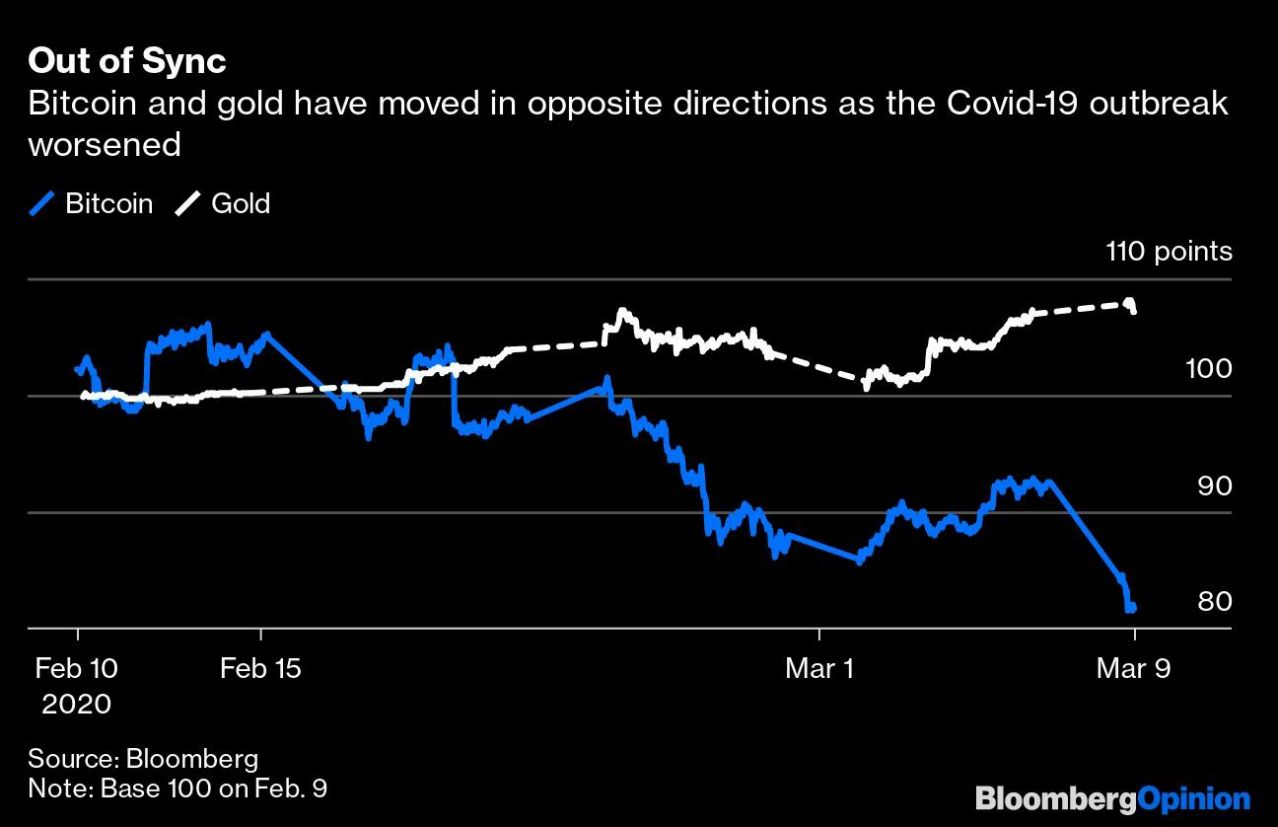 (Bloomberg Opinion) — There was a time when Bitcoin earned its stripes as a safe asset in times of crisis or uncertainty.  Now, […] 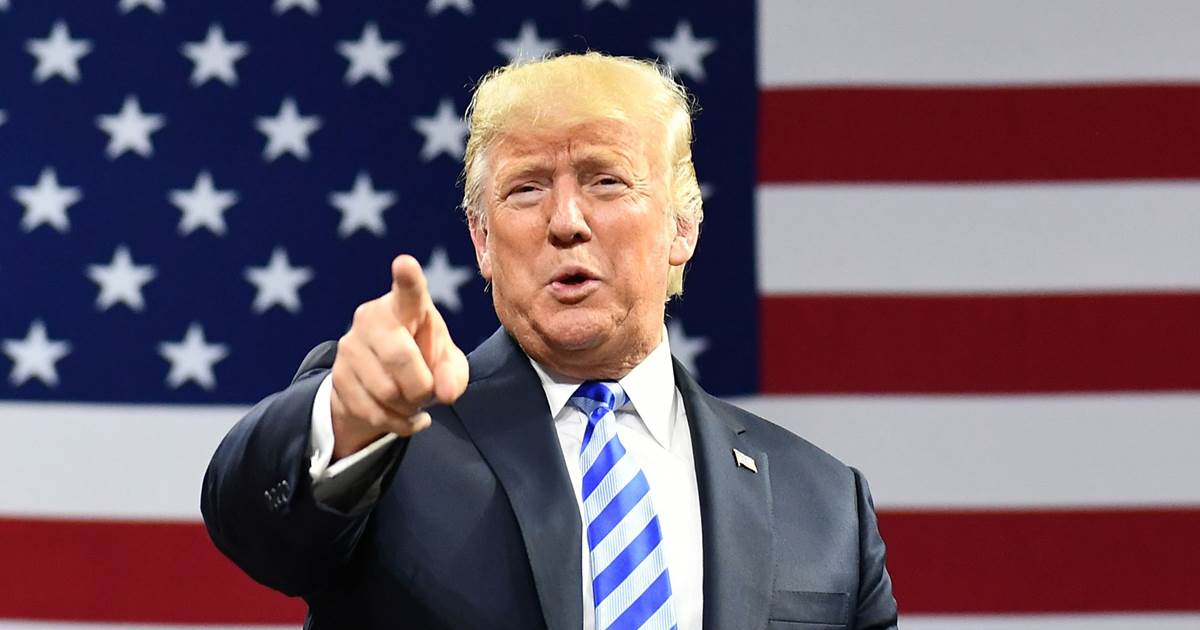 When Clemson’s desperate attempt to convert a fourth-and-forever ended in a scrum, Notre Dame quarterback Ian Book tossed his helmet as he […] 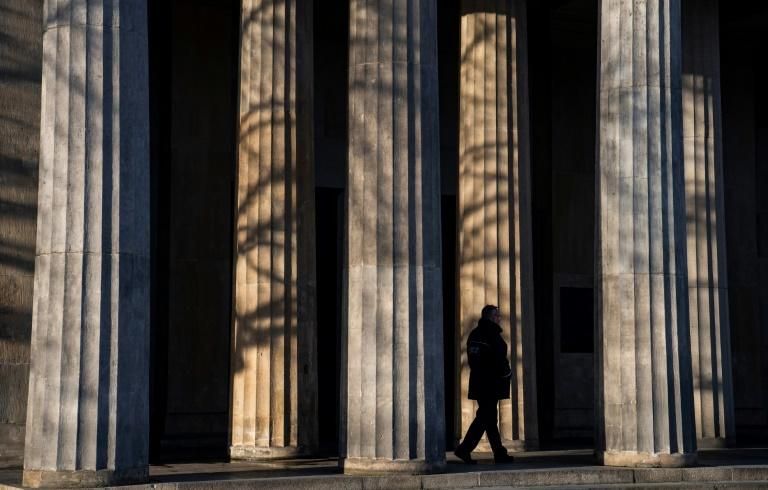