An extraordinary “spygate” row has broken out at the Women’s World Cup after undercover US team officials were caught wandering into private rooms at England’s hotel while Phil Neville’s side were out training.

The Football Association is furious over the incident, which occurred on Sunday morning, two days before the teams meet in Tuesday’s semi-final. It claimed that it would never scope out another team’s hotel – let alone enter their inner sanctum – while they were still in the tournament.

It is understood the US officials were not wearing official team uniforms when they were shown round the Fourvière hotel, an exclusive resort located by Lyon’s Roman amphitheatre, by hotel staff.

However, the row was played down by the US manager, Jill Ellis, who insisted her officials were merely scouting the hotel as a potential base for her team for Sunday’s final. “I would assume everybody is doing that,” she said. “You have to plan ahead. The only ones who went were the team administrator and her boss. We don’t worry about that. That’s who the two were.”

“Arrogance has nothing to do with us,” replied Ellis. “That’s planning and preparation for staff. I had no idea how we were even going to get to Lyon.

“Ali’s played for a lot of different teams and on the 2015 team,” she added. “It’s a comment about ourselves and how she feels because has played in two different teams. She has the right to say that.

But the US’s decision to scout England’s hotel in the first place drew criticism from Neville, who insisted his staff would never countenance such a thing. “It’s not something I would want my team’s operations doing. England would not do it,” he said. “I am happy with our hotel and we were training. I hope they enjoyed our hotel. It is not something we would do, send somebody round, but it is their problem.

“Jill Ellis wouldn’t have been happy and nor would I have been and I am sure she will be dealing with that infrastructure within her discipline.”

It is unclear what exactly the US officials saw in their secret meeting rooms before they were discovered by England staff. However, Neville brushed aside suggestions that it could damage England’s chances in Tuesday’s match.

“It’ll have no bearing on the game. To be honest I found it funny,” he said. “I thought: ‘What are they doing?’ It is not etiquette. It’s not something I would allow from our organisation.”

Meanwhile Ellis, who was born in England before moving to the US when she was 15, admitted that she still had some affinity for the UK. “I was a Pompey lass – although I was a United fan from seven,” she said. “We spent many summers in Edinburgh. My whole British culture in growing up is with me for sure. If I had grown up in another country, I’m not sure I’d have had the same passion for football.

“I grew up playing in the schoolyard and backyard with my brother. But the US gave me the environment to pull on my first strip. I never thought I’d end up coaching in it. It’s the passion but you find what you love and that is the shifted career.”

Ellis also smiled when the US captain, Alex Morgan, called her “100% American” – before replying: “Except in the supermarket at the candy store.”

The US manager admitted that Sir Alex Ferguson was one of her football heroes – and that she had a treasured photograph with the former Manchester United manager. “I met him at the Fifa Ballon d’Or and bumped into him in a hallway. He was super-gracious and it was a charming night. I read his books and I was all-in to hear and speak to him. I grew up as a United fan and can’t speak enough about him. He got the best out of players and was ruthless at times.”

She speculated that Ferguson’s influence may have rubbed off on Neville. “I haven’t seen Phil on the inside, so can’t talk about what he’s like with his team,” she said. “But he conducts himself in a great way. He seemed a real genuine person.

“I’m sure that everybody affects and influences us. In our lives we are affected by the people we come in contact with and I’m sure he has been.” 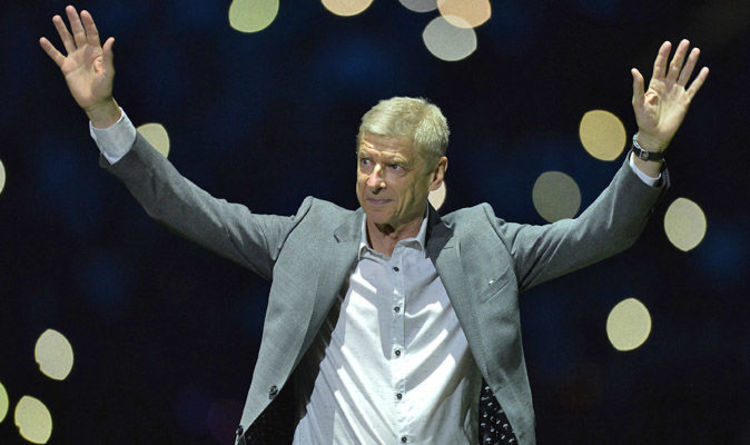 Real Madrid are all set to sack Julen Lopetegui this week after a run of five games without a win. Real play […] 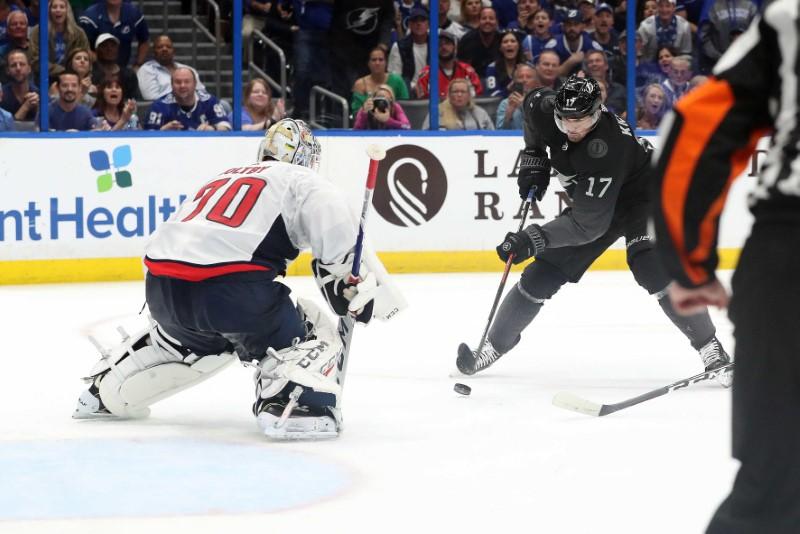 Alex Killorn recorded his first career hat trick, Tampa Bay set a franchise record for wins in a season, and the Lightning […]

Frank Lampard may allow himself a rueful smile, albeit only when the pain begins to ease. At another club, Chelsea’s latest ex-manager […]