The NYC Pride Parade has officially kicked off, and thousands of people are flooding the streets for the historic occasion. From Pete Davidson to the Billy Porter to the Queer Eye cast, many stars pulled out all of the stops for the special celebration.

In fact, the Pose star stunned in a custom Christian Siriano design. From the over-the-top tulle to the rainbow-colored material, it was fun, fierce and fabulous. Notably, Tan France, Antoni Porowski and Jonathan Van Ness brought their own magic to the Pride parade. Wearing one of his famous crop tops, the groomer on the Netflix series opted for a rainbow tee that matched his equally colorful feathery skirt. Can you believe?!

Tan looked fashion-forward as ever, while Antoni rocked a sailor-inspired lewk.

Aside from the many celebs who showed their support for the LGBTQ community, this year marks the first time WorldPride is being held in the U.S.

It’s considered the largest Pride celebration, and NYC is hosting it. What’s more? The historic event is taking place on the 50th anniversary of the Stonewall riots.

To see every celeb who showed up and showed out in support of Pride month, keep scrolling through our gallery below!

The couple celebrate at the NYC LGBT Pride Parade.

The 13 Reasons Why actor posted this photo of him with the SNL star and comedian, writing, “HAPPY F–KING PRIDE!!!! from me and my fave straight! i know i say this somewhat jokingly, but i’m serious. it’s rare you meet a straight dude who is this accepting and cool and lovely, especially actors/comedians.”

The Broadway and Pose star gets ready for the NYC LGBT Pride Parade.

The actress and singer can rock an outfit with all the colors of the wind.

The fashion designer waves to the crowd at the NYC LGBT Pride Parade.

The Pose stars strike a pose.

The Bravo TV host and ladies such as Teresa Giudice and Melissa Gorga ride together at the NYC Pride Parade.

Ravishing in rainbow! The Oscar-winner shows her support while rocking a colorful ensemble at Stonewall Day in New York City.

The duo celebrate NYC Pride at American Eagle’s Be You Studio.

Show her love! The performer rocks some serious bling in honor of Stonewall Day in New York City.

Love is in the air! The longtime couple serve as International Ambassadors for Tel Aviv Pride.

The “Mama Say” singer performs during the HBO Human By Orientation WorldPride NYC Concert at The Brooklyn Mirage.

The actress glitters in a rainbow mini-dress.

Fans who got to see the stars perform at Pride are going to remember this moment “4Ever.”

The A-list actress celebrates LA Pride on behalf of “5B” by wearing a pin, which represents Johnson & Johnson’s longstanding efforts to #MakeHIVHistory.

“TRUE LOVE! Happy pride, I did well … as for this girl ….wow I’m so in #LOVE!” the Bravo star shared on his Instagram.

The What the Fashion “star” is seen at the It Gets Better Project Poolside Pride Celebration at The Standard Hollywood.

It wouldn’t be a Pride celebration in West Hollywood without the ladies from Vanderpump Rules!

Everybody say love! The A-list actress dresses up for Pride month.

The former Disney Channel star, who describes herself as someone “attracted to men, women, and people who identify in other ways,” attends LA Pride in style.

Yasss henny! The Queer Eye star shows off his rainbow styled Balenciaga purse while walking the streets of Chicago.

The RuPaul’s Drag Race star teams up with Mac Cosmetics for the LA Pride Parade.

The “Juice” songstress smolders for the camera ahead of her headlining performance at Sacramento Pride.

“Standing tall for everyone to have the right to live and love out loud! Happy #Pride, everyone! #Pride2019,” the actress wrote on Instagram.

The reality star attends the opening ceremony at LA Pride 2019 in West Hollywood.

The singer showcases a purple look at the opening ceremony at LA Pride 2019 in West Hollywood.

Friday, Friday, gotta get down on Friday! The viral sensation rides up on ASOS and GLAAD’s LA Pride Parade float.

“We just arrived into Tel Aviv for #telavivpride,” NPH posted on Instagram from Israel. “First time here, so much to experience. Let the fun begin! @dbelicious.”

The Olympian and his crew participate in the AIDS/Life Cycle, a 545-mile HIV/AIDS fundraising journey from San Francisco to Los Angeles.

The actress appears with the woman who worked as the head nurse in the first AIDS ward in the U.S at the 5B documentary premiere at LA Pride in West Hollywood.

The social media personality and older brother of Ariana Grande shows his pride by participating in the AIDS/Life Cycle.

“Happy Pride Month!!!!” the performer shared on social media. “Love always to all my friends in the LGBTQ+ community!”

The performer appears at the opening ceremony at LA Pride 2019 in West Hollywood.

“happy #pride month! this shirt had me cackling so hard when i saw it,” the 13 Reasons Why star shares.

The pop star reaffirms her support for the LGBTQ+ community by sharing onstage during her 2019 iHeartRadio Wango Tango performance, “A lot of my songs are about love and I just feel like who you love, how you identity, you should be able to live your life the way you want to live your life and to have the same exact rights as everybody else.”

The Glee alum attends the 5B documentary premiere at LA Pride in West Hollywood.

The Duke and Duchess of Sussex honor the late Princess Diana while celebrating Pride month, sharing a collage of images that included a photo of Diana sitting on a bed next to a patient at a London medical facility for people affected by HIV and AIDS in 1996.

“Pride is scary for most,” the openly gay singer shared on Instagram alongside a throwback photo. “It’s scary to love yourself and be proud of who you are. It makes you vulnerable. It’s scary to love yourself boldly and freely in fear that maybe you are wrong, or nobody else will love you.
But the relationship you have with yourself is the most important. Build that bond and be kind to yourself.”

Rock out, Rita! The pop queen drapes herself in a Pride flag onstage. 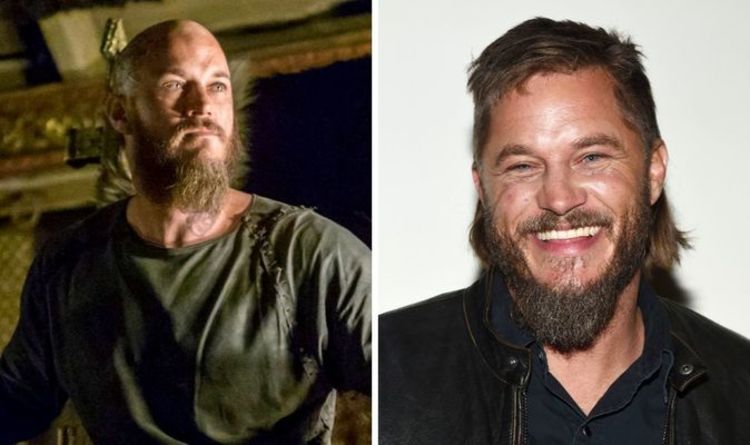 Fans are still waiting for the sixth season of Vikings to return after part one ended with a catastrophic cliffhanger. Episode ten […] 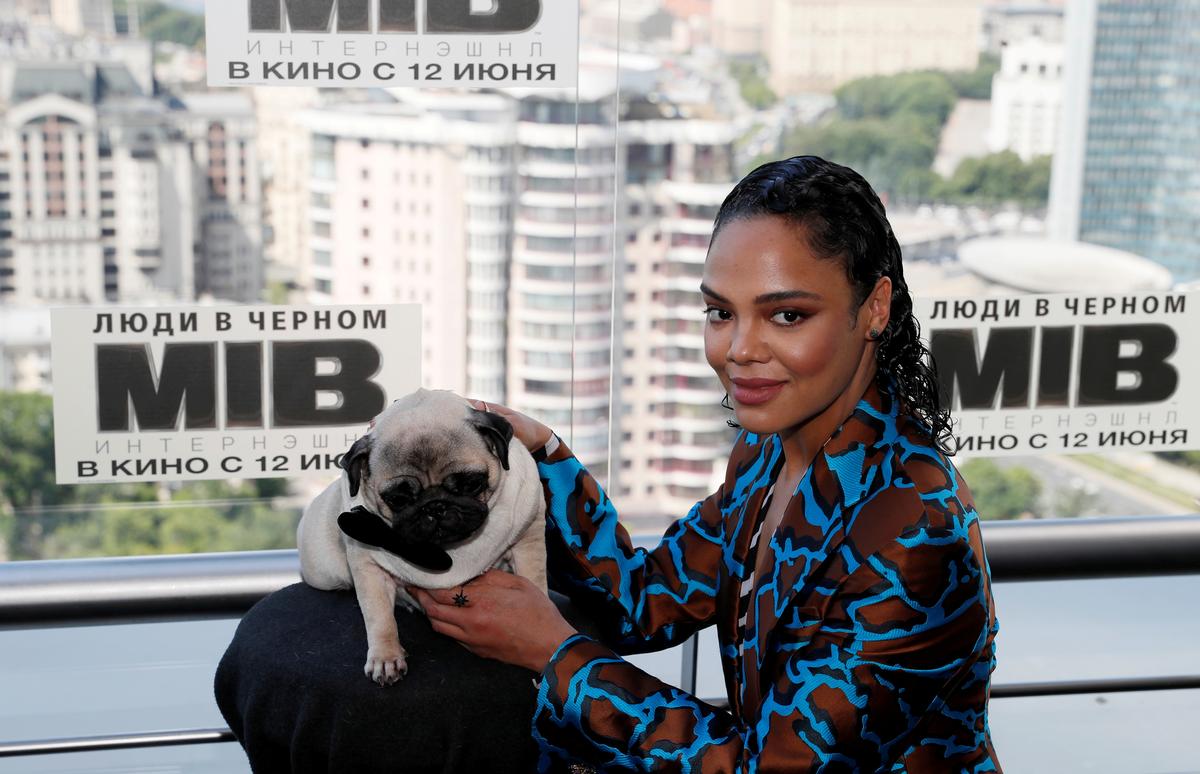 LOS ANGELES (Variety.com) – Hollywood seems to be coming down with a contagious case of franchise fatigue this summer, as “Men in […] 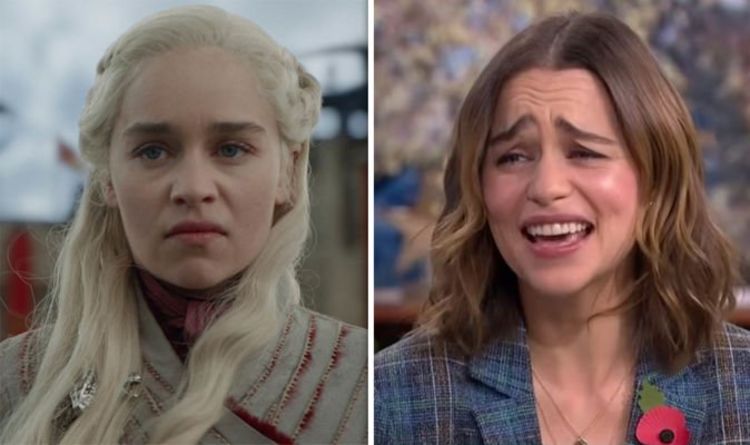 However, the star mastered it perfectly in the end. Speaking on the featurette, she said: ”I knew that speech was going to […] 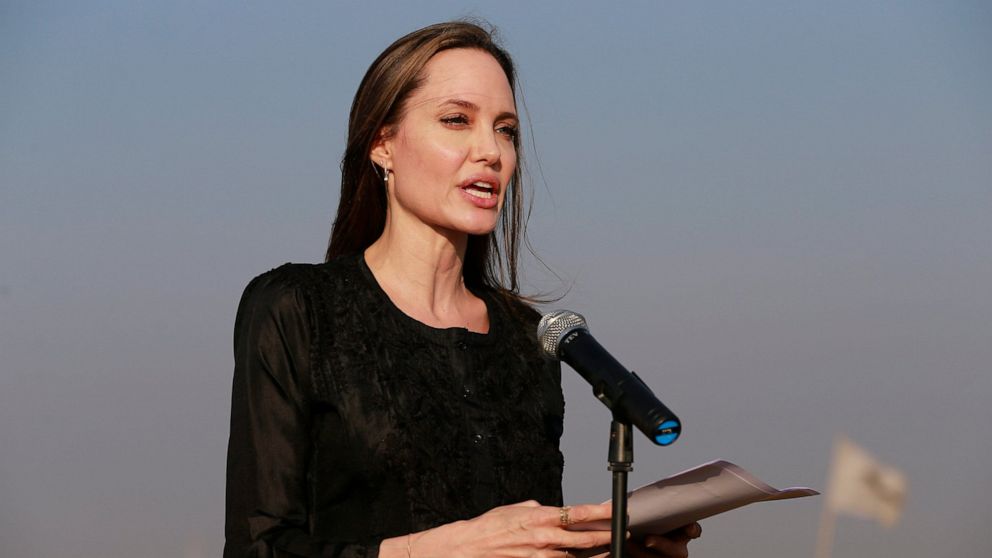