What an exceptional performance England produced in their quarter-final victory over Norway. It might have come as a surprise to anyone who saw the last-16 games, in which the English beat Cameroon despite quite a sloppy defensive display while Norway were superb as a unit against Australia, with a string of outstanding individuals such as Caroline Graham Hansen, Guro Reiten and Isabell Herlovsen. England were incredible on Thursday, producing the best display I have seen from them in a long time to make Norway appear feeble.

There has been incremental growth under Phil Neville. England won the SheBelieves Cup in March, where they beat Brazil and Japan and drew with the USA, but if that was an eye-catching achievement this was another step up.

Under the greatest possible pressure, at the greatest tournament of them all, they were so dominant, displayed such control and had such a clinical edge from the first minute to the 90th. Some teams have performed to a really high level throughout the tournament, but I think it’s fair to say England have not been one of them. They were expected to be serious title contenders but they were yet to produce a performance that completely lived up to their billing. Here, at last, they nailed it. Now they have played five, won five, conceded once and are looking genuinely world class.

Neville said he would give his players a chance in the tournament, and he has kept his word. He trusts his group, and tactically against Norway he was spot on. A goal so early will always have a significant impact, and Jill Scott’s strike in the third minute destroyed the Norwegians’ momentum.

Having come into the game on the back of that phenomenal performance against Australia, brimming with self-belief, within seconds they’re kicking off again needing to claw one back. But Martin Sjögren’s side found they couldn’t get their key attacking players into the game: England doubled up tactically against Hansen, for example, and didn’t let her dribble – every time she got past a player there was another wall she had to hit. Millie Bright was particularly good at making sure she was always there to support her teammates, and being that second wall. That meant Hansen was unable to lead Norway’s counterattacking game like she did against Australia, and in the end she did nothing that really harmed England.

When Norway did get into promising positions in the first half, they repeatedly made poor decisions. There was one moment when Lucy Bronze pressed in midfield and left a gap in behind that Reiten and Kristine Minde raced into. If Reiten passed they would probably have scored, but she chose to shoot. Later, after England had taken control of the game by scoring two further goals, Norway had a few chances to reduce the deficit.

Steph Houghton cleared one shot off the line and made a number of last-minute interventions, while Karen Bardsley saved well from Herlovsen, but there was a lack of finishing ability.

This was England’s fourth successive clean sheet but the statistic slightly flatters them: their opponents are creating chances – Cameroon had a goal disallowed by the tightest of VAR offside decisions and a one-on-one that ended with a shot straight at Bardsley – and this could prove costly in the semi-final.

Having reached this stage England can no longer get away with making sloppy errors at the back and relying on the forwards to score an early goal (a happy habit: in four of their five games so far England have been ahead by the 15th minute). Though the defence was far from perfect Demi Stokes – who has been sharing the left-back position with Alex Greenwood – was solid, is very good when isolated one-against-one, and deserves now to keep her place for the semi-final.

It was in attack that England truly shone, producing a display of super-clinical finishing. In their three group-stage matches they were guilty of leaving their opponents in the game, twice winning by a single goal when they could have been more comfortable.

Norway, however, never got a chance to catch their breath. Ellen White hit the post once and completely missed the ball from Bronze’s pull-back in the third minute, which Scott was fortunately able to convert, but this was another excellent display from the striker. She has scored five goals so far, matching America’s Alex Morgan and Australia’s Sam Kerr, from only nine shots on target and 15 overall. Toni Duggan on the left side of England’s attack was not at her best – Beth Mead replaced her in the second half and could come into the starting XI for the semi-final – but the partnership of Bronze and Nikita Parris on the right was both dynamic and destructive.

England now need to be wary of overconfidence. Neville was asked about Bronze after the game and was obviously going to be effusive, but to say she should win the Ballon d’Or was perhaps a step too far. For a start, the winner of this year’s trophy is likely to be chosen from the team who win the World Cup: focus on that first, and then worry about the individual awards that may follow.

Of course, there can be no doubt that she is an exceptional player and an incredible athlete. Her ability to create, to run with the ball, to strike the ball and, as Norway saw, to score goals has redefined what a right-back can be in the women’s game, and that is what the world’s best players do. It is right to say she is among the world’s best, but there are a few others in that conversation who also happen to be semi-finalists. Given her recent performances, White might also be among them.

Neville also spoke about the USA and France scouts who were sitting behind the England bench, saying he “waved at them after the goals”.

This might be perceived as being a little flippant, particularly when England have never won a World Cup or a European Championship while the USA, for example, have won everything going. I remember watching Croatia’s Luka Modric’s post-match interview after England’s defeat in the semi-final of the men’s World Cup last year, alluding to the arrogance of the English media who considered Croatia weaker opposition. It is never a good look when you give teams added motivation. I hope the references to the USA and France scouts don’t come back to bite Neville. England are playing beautifully and have the potential to go all the way in this tournament, but so far they have reached a semi-final that for many would have been a minimum expectation. There is no cause for cockiness yet.

• Comments on this piece are premoderated to ensure discussion remains on topics raised by the writer. Please be aware there may be a short delay in comments appearing on the site. 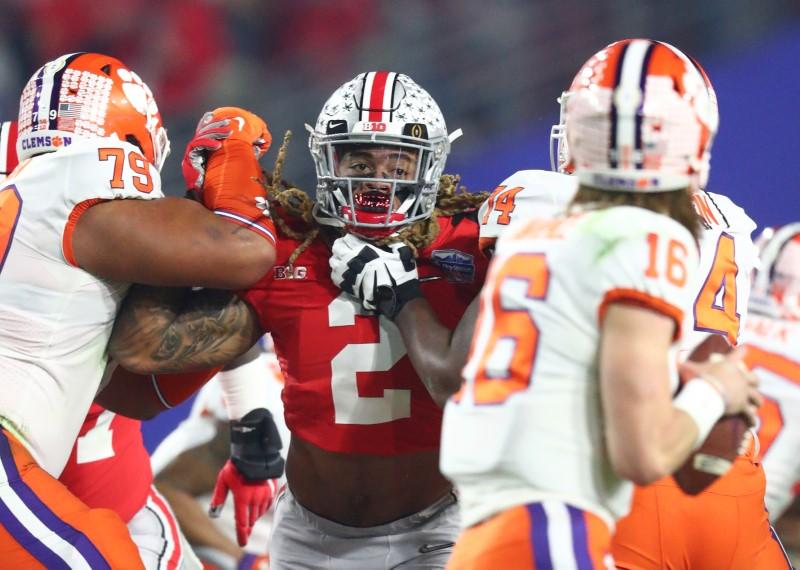 The way that Son Heung-min tells it, he was 10 years old and squabbling with his older brother, Heung-yun. Then something happened […]