OSAKA, Japan — He’s ready to talk to Iran with “no preconditions.” He says there’s a “possibility” of finishing a trade deal with China. And now President Donald Trump is even showing openness to a third summit with North Korea after the last one collapsed.

As world leaders gather in Japan for the Group of 20 summit, Trump is eager to show he’s a man of action who gets things done on the world stage — even as his recent U-turn on planned U.S. strikes on Iran have further called into question his mettle to follow through. With his re-election approaching, the self-proclaimed master negotiator is looking to notch a win or two to show he has reasserted America’s interests overseas.

“We’re going to be meeting with a lot of people from different countries — many of whom have been taking advantage of the United States, but not so much anymore,” Trump said as he boarded Marine One for the first leg of his journey to Osaka. “In fact, not at all anymore.”

During two days of meetings in Japan and a brief stop in South Korea, Trump will meet face to face with world leaders whose dealings with him have come to define his foreign policy: Russian President Vladimir Putin, Chinese President Xi Jinping and Saudi Crown Prince Mohammed bin Salman, to name a few.

Yet many foreign countries that have grown frustrated by Trump’s unpredictability are now in a position of gaming out whether he’s likely to remain in control for another term or be replaced after the election next year. In a reminder of that dynamic, Trump will be meeting with his counterparts in Osaka just as the Democratic candidates vying to take him on are convening in Miami for the first 2020 presidential primary debates.

Trump arrives on Thursday afternoon in Osaka, where he’ll also meet with the leaders of Japan, Germany, Australia and India.

I look forward to speaking with Prime Minister Modi about the fact that India, for years having put very high Tariffs against the United States, just recently increased the Tariffs even further. This is unacceptable and the Tariffs must be withdrawn!

Although the annual G-20 summit of industrial and emerging-market nations is focused on global economics, much of the real work gets done during private meetings on the sidelines.

The likeliest prospect for returning home with something Trump can call a “deal” or a diplomatic victory may be with China’s Xi, whose trade war with Trump has unnerved U.S. financial markets. Already, Trump has put a 25 percent tariff on $250 billion in Chinese goods, threatening to expand it to a remaining $300 billion in imports absent an off-ramp in Japan.

But with talks essentially stalled since an emerging deal fell apart in May, it’s unlikely the world’s two largest economies can resolve their differences during a single meeting in Osaka. A more likely outcome, trade experts said, is that Trump and Xi may announce they’ve agreed to relaunch trade talks in earnest — and to hold off on additional tariffs in the meantime.

“Both President Trump and President Xi are facing some pressure through this trade dispute,” said Matthew Goodman, a former National Security Council official who researches international economics at the Center for Strategic and International Studies. “So they may have an incentive to do a deal and shake hands.”

As he departed Washington, Trump said “there’s a possibility” of a deal with China. And senior administration officials argued that Trump, not China, has the leverage, telling reporters the president is “comfortable” both with his negotiation position and the possibility of no breakthrough.

If Trump hoped not to look too desperate for a deal with China, it was a similar dynamic with Iran, whose tumultuous relationship with the Trump administration has further deteriorated in recent days amid attacks on two ships near the Persian Gulf that the U.S. blamed on Tehran and Iran’s downing of an American drone off its coast.

Though the two nations dispute whether the drone was in Iranian or international airspace, Trump had been prepared to order airstrikes against Iran in retaliation before abruptly pulling back last week, raising further doubts about his appetite for military conflict in the Mideast and drawing unfavorable comparisons with then-President Barack Obama’s failure to strike Syria after President Bashar Assad violated Obama’s “red line” against chemical weapons use.

“You know what? Iran can do whatever they want. It’s just fine,” Trump said Wednesday. “I have plenty of time.”

Yet to the dismay of U.S. allies and others in the region, the war of words has been heating up. Trump on Twitter has threatened “obliteration” in Iran if there’s an attack on “anything American,” while Iranian President Rouhani said the White House was acting “mentally retarded.”

Although Iran isn’t represented at the G-20, others with a stake in the conflict will, including the U.N. Security Council members who are part of the Iran nuclear deal Trump withdrew from last year. Those and other nations, including India, South Korea, China and Japan, are also frustrated with being pressured by the U.S. to stop importing any oil from Iran despite that it was the U.S. that lobbied nations to embrace the nuclear deal before Trump took office.

After ramping up economic pressure on Iran through sanctions, Trump has made clear in recent weeks that he’s itching for direct diplomacy with Tehran. Yet the Iranians, through intermediaries such as Oman, Qatar and the Europeans, have thus far brushed off his appeals, several U.S. officials and foreign diplomats said.

Trump’s eagerness to talk to Iran and strike what he hopes will be a “better deal” than Obama’s has also exposed significant divisions between the president and his national security team, most notably national security adviser John Bolton and Secretary of State Mike Pompeo. Both have advocated a tougher posture including a military strike in response to the downing of the U.S. drone, U.S. officials said.

Thomas Wright, who runs the Center on the United States and Europe at the Washington-based Brookings Institution, said Trump administration officials often tell him that the president’s overseas tours “are when they feel in least control.”

“Everyone knows there’s like two different Trump foreign policies,” Wright said. “There’s the official foreign policy, and then there’s the president’s, and normally they exist in tension. But the point in which the president’s one is strongest is on foreign trips. That’s when he is front and center.”

Trump’s meeting with Putin, confirmed both by the Kremlin and senior U.S. officials, will be his first since former special counsel Robert Mueller released his report on Russian meddling in the 2020 campaign. The report exhaustively detailed efforts by Putin’s government to influence the election through hacking, social media manipulation and outreach to Trump’s campaign, though Trump has continued to dismiss the entire investigation as a “witch hunt.”

Will Trump, face to face with Putin, warn him not to interfere in next year’s election? “I may,” he told NBC News’ Chuck Todd in the run-up to the G-20. “If you’d like me to do it, I’ll do that.”

If he does, the public may never know. Trump has been sharply criticized in the past for meeting with the Russian leader without official U.S. note-takers to document the interactions.

“What I say to him is none of your business,” Trump declared as he left the White House.

In Osaka, Trump will also meet with Saudi Crown Prince Mohammed bin Salman, just as Congress works to block the president from selling more than $8 billion in weapons to the Saudis. Trump circumvented normal procedure to green light those sales despite the Saudis’ bloody military intervention in Yemen and the murder of Washington Post columnist Jamal Khashoggi.

Underscoring the high stakes of Trump’s diplomacy are many G-20 nations’ deep concerns about North Korea, whose two unprecedented summits with Trump have yet to yield a deal to address the reclusive country’s nuclear weapons.

Just ahead of the G-20, South Korean President Moon Jae-in, who will see Trump in Seoul, disclosed that the U.S. and North Korea had been back-channeling about holding a third summit between Trump and Kim Jong Un. The White House would say only that “United States officials, including President Trump, have continued their dialogue” with Pyongyang.

Asked Wednesday whether he’d be meeting with Kim, Trump demurred.

The North Korean leader won’t be present in Osaka. But, Trump teased, “I may be speaking to him at a different forum.” 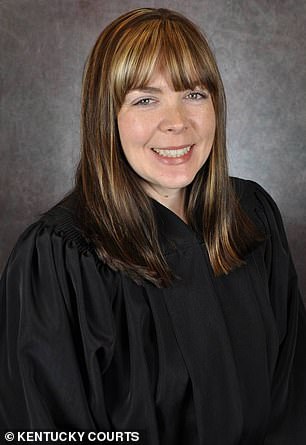 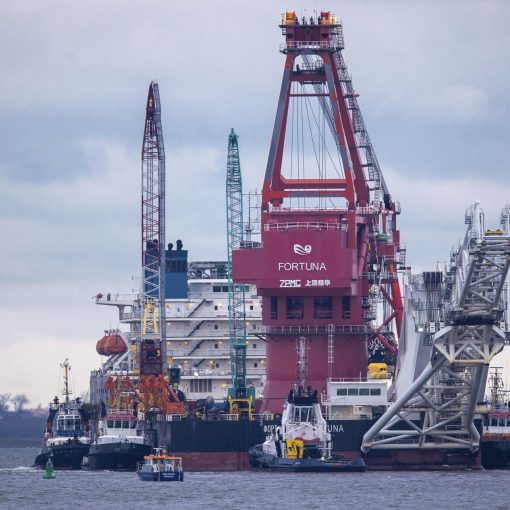 Caroline Pearson, a podcast producer from London, was a few days into her maternity leave when she discovered that her unborn daughter […]

The hermit kingdom’s leaflets, spotted in the South Korean capital of Seoul, portray a North Korea soldier stomping on the head of […]