The third Pokemon Go Anniversary event is kicking off this week and includes some great new bonuses for Trainers to enjoy.

Starting tomorrow, June 28, Pokemon fans will be able to catch a new list of Shiny Pocket Monsters, among other rewards.

These Alolan Pokemon will be going live alongside the start of the Anniversary event and won’t be disappearing after it ends.

A mix of new features are being planned for the new event on Android and iOS, which is scheduled to start on Friday at around 1pm, PST in the United States and 9pm, BST in the United Kingdom.

“They say third time’s the charm. Pokémon journeys begin with a choice between three Pokémon,” a message from Niantic reads.

“Your journey in Pokémon GO involved joining one of three teams. Today, we celebrate the third anniversary of Pokémon GO’s release! Throughout this incredible journey, we’ve made countless memories along the way.

“We couldn’t have reached this epic milestone without you all. Thank you, Trainers, for your continued passion for Pokémon GO and for joining us on this amazing adventure. In the words of our favourite professor, “Let’s GO!”

And when it comes to new features, Niantic has been busy working to make the 2019 Pokemon Go Anniversary a big one.

Not only will Trainers be able to catch new Shiny Pokemon but they will also be able to perform new Special Research with friends.

There will also be new Raid bonuses available until September to help boost your chances at catching Pokemon.

Trainers can also look forward to decreased Stardust costs for trading during this time, with Trading Pokémon set to cost ¼ less Stardust.

There are a lot of new things happening over the coming weeks and to find out about everything going on you can check the full schedule released by Niantic earlier today.

Jump-Start Research — Looking to get up to speed with your research? Do you have a friend who wants to play but feels they’ve missed out on too much in Pokémon GO? Don’t worry! Trainers can complete new Special Research for helpful rewards that will jump-start their new or continuing adventures. This Special Research is only available this summer for players at level 10 or higher, so be sure to let your friends know about this opportunity to join in and get special rewards.

Raid bonuses — Take down Raid Bosses faster and earn extra bonus Premier Balls to catch them with when you raid with friends.

Meet Judgement 7, an eccentric group of young developers who might just have the power to alter reality… Have you ever taken […]

Dogurai was initially made for a GameBoy themed GameJam in 2014. Heavily inspired by platforming classics and videogame mascots from the 90s, […] 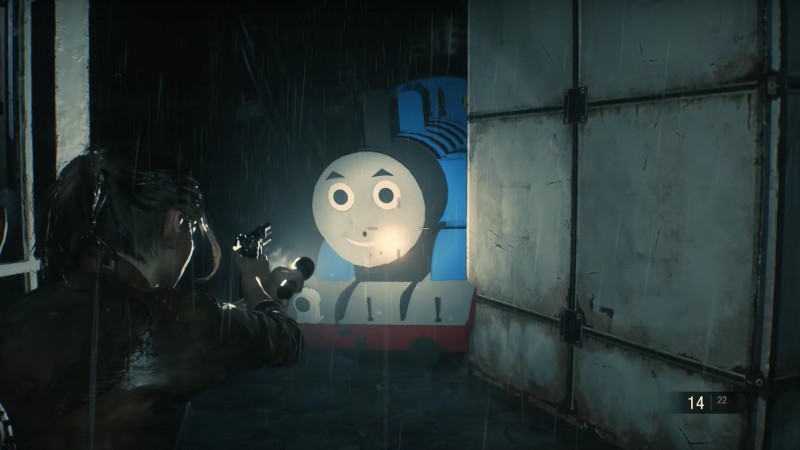 If for whatever reason you wanted to replace Resident Evil 2’s insidious Mr. X with er, Thomas the Tank Engine, now you can.  […]

Murdered: Soul Suspect is an adventure game (Yes, that genre which you’ve nearly forgotten!), and it really does come close to what […]